Mobo WiFi or no? 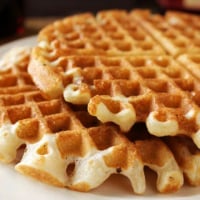 May 2020 in Help Choosing Parts
I've already boiled my choice of motherboard to the ASRock B450 PRO4 mATX.

The big question for me is whether or not to go for the one with WiFi or not. I already have a PCE WiFi adapter in my current system (ASUS PCE-AC56) so I could just simply use that in the new build, but could the integrated WiFi on the ASRock motherboard be better than what I already have? Or should just spend less and just simply plug in my existing adapter? I'm kind of leaning towards just using my existing adapter, but if I can avoid cluttering up my new build, that'd be nice, but not at the expensive of a weaker signal (has to cut through the ceiling in my basement to the router upstairs). I specifically use the 5ghz band as it's much stronger, but the signal is slightly weaker.
0 · Share on TwitterShare on Facebook