Icsparks ✭
June 30 in PC Builds
Need help building a pc that will render 4k videos and edit large raw photos with ease. Gaming with this pc build will also be a +. looking at a budget of around $2500.00. Not counting monitor also with room to upgrade later with extra storage space and memory.
Thanks
0 · Share on FacebookShare on Twitter 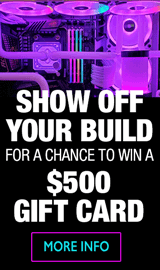