My first build but slightly modified from the original — Micro Center

My first build but slightly modified from the original 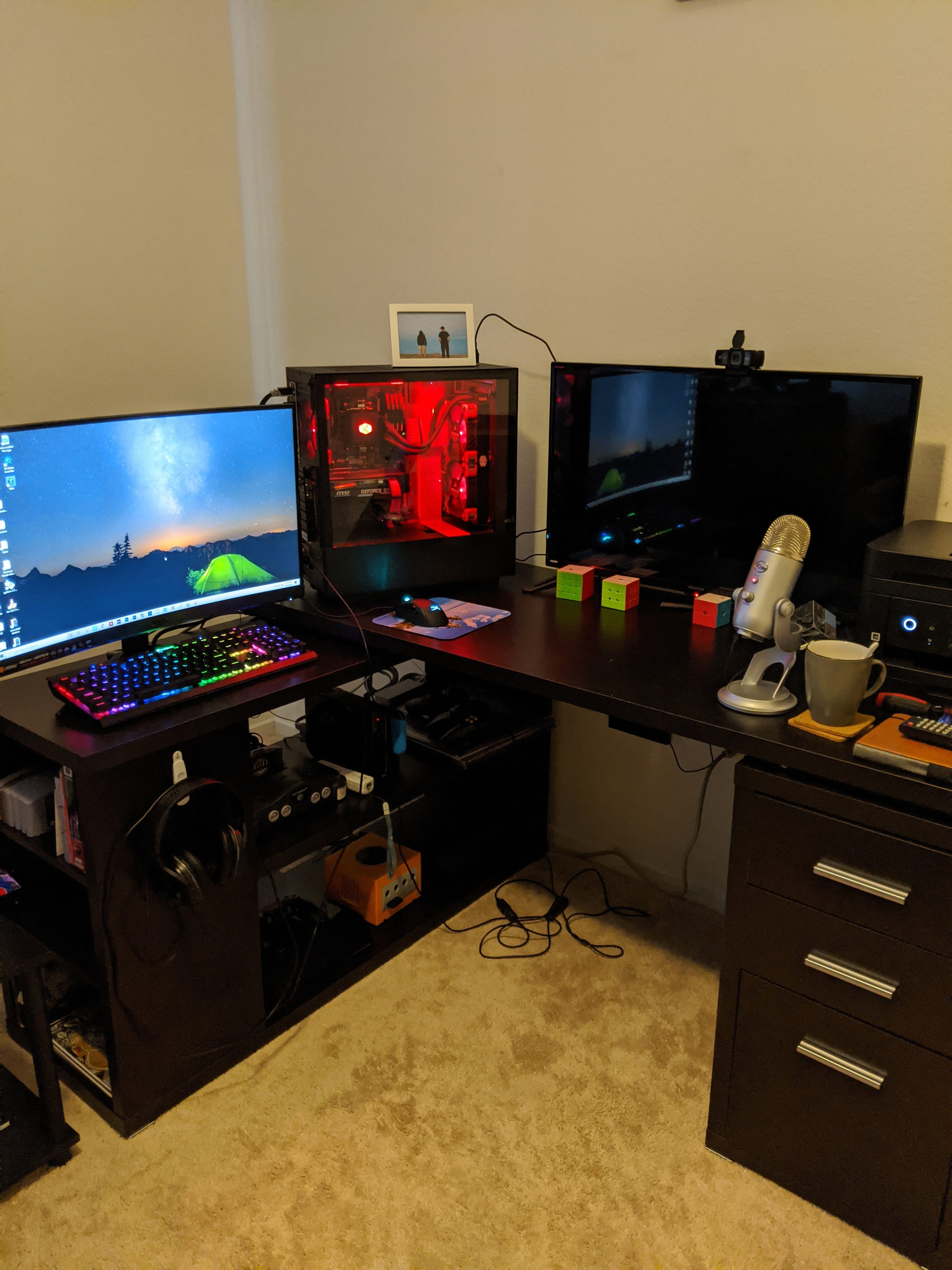 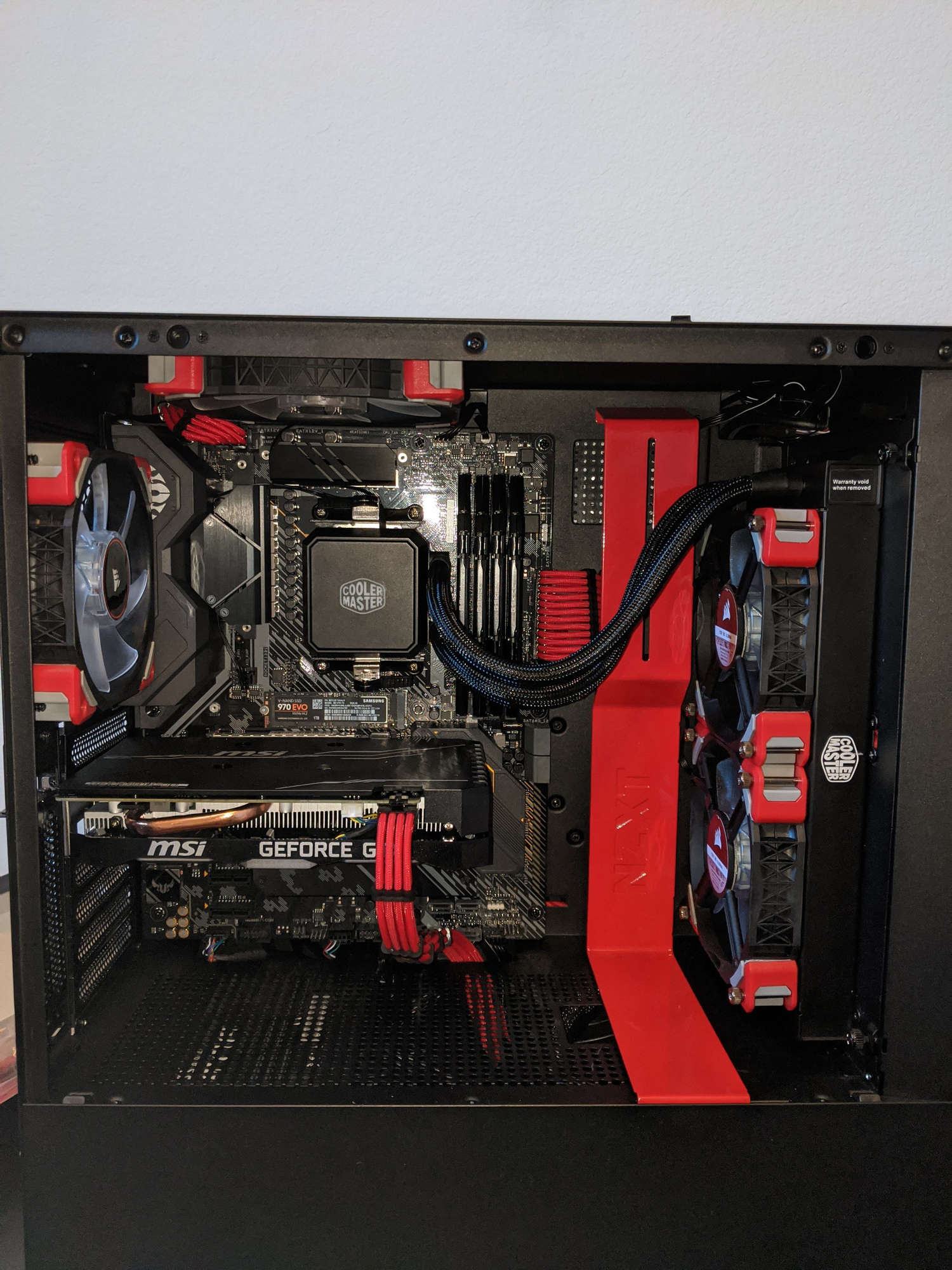 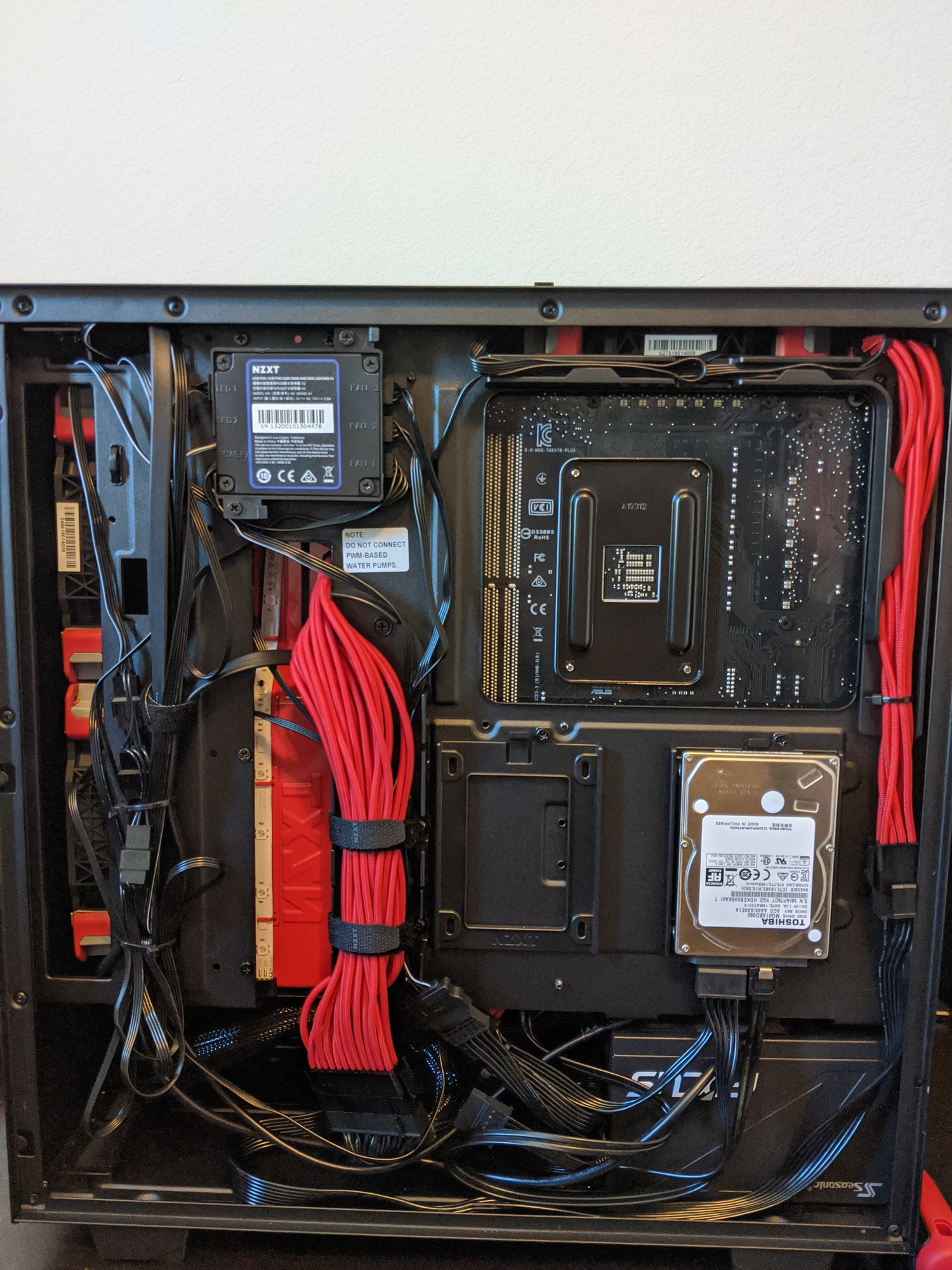 So this is the slightly modified version of my first build. I took some of the pointers given to me by those kind enough to leave one and applied some of it to my build and then made a couple aesthetic changes on my own.

First, I acquired a new CPU. The original was a Ryzen 3 3200G which was a mistake on my part. The new CPU is a Ryzen 9 for all of my streaming/ video, photo editing/ music making/editing needs. It may be a bit overkill but its whatever. To go with the CPU, I also purchased a Cooler Master MasterLiquid LC240E to keep up with the higher temperature of the Ryzen 9. Doing some benchmark testing using Cinebench R20, temps never got above 63C and without any overclocking achieved a score of 7103Pts for multi core and a score of 507Pts for single core. Not really sure how good any of that is but I was mainly trying to see what the temp would hit when rendering an image of quality. I also used Prime95 and let it run for about an hour and a half using its blended testing. After the hour and a half temperature had peaked at 79C but was averaging around 68C. To my understanding this program is intended to be ran for about three hours but I feel like this test was good enough for what I do. The clock rate seems to bounce around between 3767 and 4291 Mhz at idle. I haven't payed to much attention to what it does when I am doing anything but HWmonitor says it peaks at 4566 Mhz. I understand that the peak is not all the time and just happens whenever it happens under load but I am just laying out the specs as I see them.

The GPU is still a MSI GTX 1660 which may or may not affect my performance with the higher end CPU but I do plan to upgrade. I am waiting until the new 30 series GPU come out to see what they offer and if it may be worth to invest in those or just pick one that has already been around. I did some minor overclocking. Since I am not super experienced with this yet I tried to play it safe. The pictures above are what I set my settings to using MSI afterburner and with the help of some JayzTwoCents videos I used Heaven to test it. The benchmarks are also shown in the picture above as well as my HWmonitor for temps for both the CPU and GPU during the benchmark. Temps never went above 73C for the GPU and the 79C temp for the CPU was from my previous run through using Prime95. The CPU averaged around 55C for the duration of the GPU benchmark. If anyone has any input for overclocking the GPU I am open for suggestion. The settings I have were the max I could achieve without having some weird graphical issues while Heaven was running. Playing my two most common games of CoD and Tera online, I was able to achieve a consistent 80 frames for Tera and between 85-90 for CoD. Temps never got high or anything so I think it's alright.

Only other hardware changes was an additional 16GB of RAM. Once again, possibly overkill but it helps me to manage all of my programs at the same time fairly well and I would rather have more than run into issues with not having enough.

Aesthetically, I invested in some cable extensions to go with the red and black theme I already had and also removed a couple red LED strips I had previously installed as they seemed to be a bit superfluous.