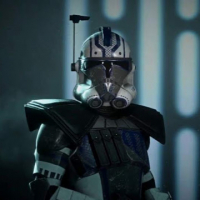 Alright, so I recently built a new pc. It turned on and successfully loaded into the BIOS. So, I decided to go ahead and install windows on it. I downloaded and executed the Windows Media Creation Tool and plugged the USB flash drive into my new pc. I made sure the boot order for the drives was in the correct order so that the USB flash drive would be first. I then restarted the pc and it booted to a windows logo. It then continued to restart the same process without restarting the actual computer (process: no signal, flashing underscore, windows logo, no signal, etc.) The next day, I tried the same thing and it actually got to the setup page. I then went through the setup process and it completed the "installing Windows" steps listed at the end of the setup. The system then restarted so I took out the USB flash drive (like they say you're supposed to). I looked like it was going to load windows until an error message appeared saying something along the lines of "windows was not installed properly." I tried this process again tonight and the same process as it did the first time (process: no signal, flashing underscore, windows logo, no signal, etc.).

I guess my main questions are 1) has this happened to other people and 2) is it a motherboard issue or a USB flash drive issue. I can provide further details if you need them. Any help is appreciated.