AMD's recent announcement regarding their new Zen 3 processors has gotten everyone excited for November 5th. With launch less than a month away, let's compare their Zen 3 architecture with their previous generation Zen 2. 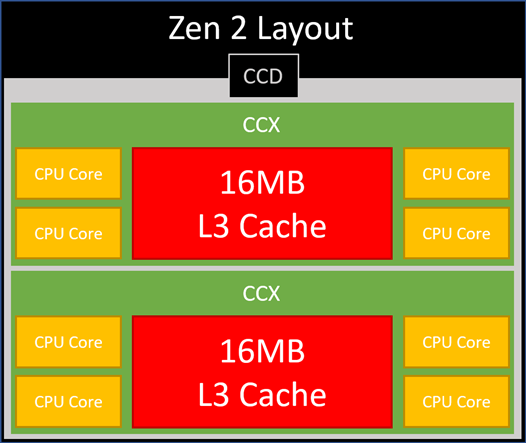 Zen 2 gave us a chiplet design where the Core Chiplet Die (CCD) and IO are separated. This brought about a more efficient manufacturing process and cut down on waste compared to the previous generation. It also gave AMD the ability to scale its core/thread count by adding more CCDs to its layout. Each CCD can house up to 8 cores with a Core Complex (CCX) for every 4 cores. This CCX gave up to 4 cores access to 16MB of L3 cache and allowed each CCX to talk to each other. While this did scale their core/thread count, it created more work and latency for each core to talk to each other. For most, this was acceptable as they were getting more cores and heavier work done at a more competitive price than Intel. For gaming, Intel still held the crown due to its advantage in clock speeds and overall reduced latency. 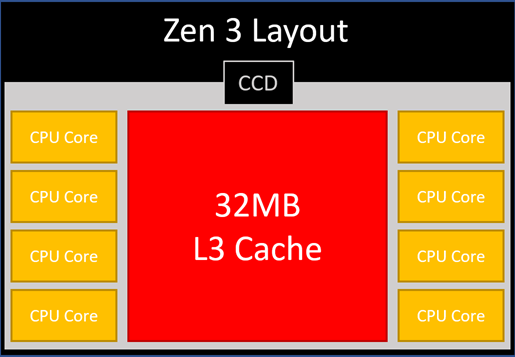 With Zen 3, AMD rebuilt the CCD design by removing the CCX from each CCD. This reduced latency by shortening the distance each core needs to travel to talk to each other. It also gave each core access to the same L3 cache; according to AMD, this brought about a 19% increase to IPC. For gamers, this translates to a nice bump in performance compared to Zen 2 without negatively impacting power efficiency. In the past, Zen 2 was part of the 3000 series, while Zen 2 mobile and APU chips were named 4000. AMD has not revealed why they jumped to 5000 but, we believe it was to help differentiate between their mobile and APU chips.

With all that said, AMD shows no sign of slowing down. This competition just got more interesting with AMD reportedly further closing the gap in processor performance. We can only wait until November 5th to know the actual performance of Zen 3 and we hope you're as excited as we are.