Following the recent launch of the Oculus Quest 2, there has never been a better time to immerse yourself in the world of VR. And yes, I say this knowing full well that consumer VR experiences are in their relative infancy. VR as a technology has been around for a long time, of course. But it was not until Oculus, now owned by Facebook, brought the Oculus Rift to Kickstarter that the modern VR movement began to take off. Now just a handful of years later, the Oculus Quest 2 propels the category forward in a big way by combining a standalone form factor with the flexibility of plugging it into a PC.

Oculus considers the Oculus Quest 2 to be its "most advanced all-in-one VR headset" to date, and that is an accurate description. It is also arguably the best VR headset for many people, especially first-time VR users, because the cost of entry is relatively reasonable at $299. That gets you the version with 64GB of onboard storage. There is also a 256GB model that costs $399. For comparison, the first-generation Oculus Quest debuted at $399 for the 64GB model and $499 for the 128GB model.

Which version should you opt for? Well, apps and games typically range in size from a few hundred megabytes (like Bait!, which is just over 200MB) to around a couple of gigabytes (like Dance Central VR, which is 2.78GB). There are exceptions in either direction—Netflix and YouTube VR are each in the neighborhood of 90MB, while Arizona Sunshine is just over 4.5GB. Bear in mind there is no way to expand the built-in storage. If you anticipate installing many apps and especially some of the bigger games, the 256GB model is the wiser choice. Otherwise, the 64GB model is more affordable, with still enough room for at least a dozen apps and games, depending on their size. 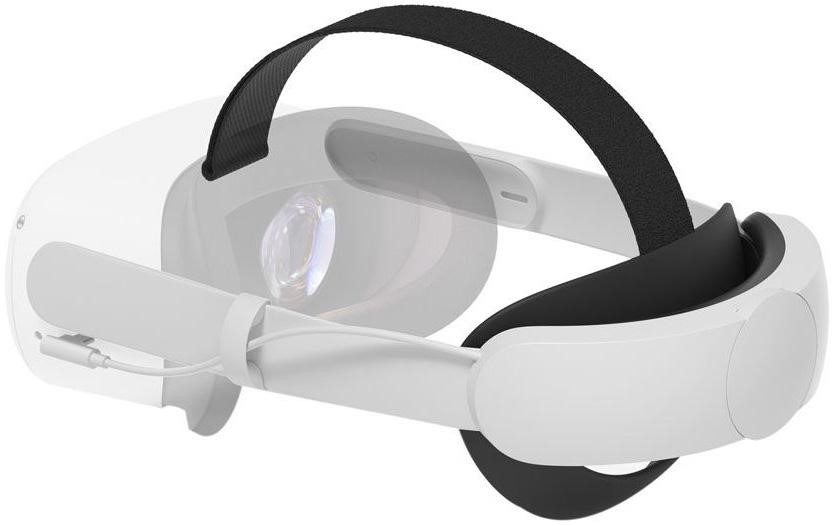 Oculus also unveiled a Quest 2 Elite Strap for $49. This increases balance and support for added comfort and has a nifty dial to adjust the fit a cinch. I'd recommend springing for this upgrade if you can swing it. Or for $129, Oculus sells the Quest 2 Elite Strap bundled with a built-in battery pack and carrying case if you anticipate spending several hours at a time in VR. Otherwise, it is more of a luxury add-on than a necessity.

Compared to the original Oculus Quest, this second-generation model offers 50 percent more pixels. It also sports a faster processor and more RAM, it is lighter on the noggin, and eventually will have a faster refresh rate to boot. Oculus intends to push out a firmware update that will bump the resolution to 90Hz, which is the same as the HTC Vive Cosmos and HP Reverb G2. 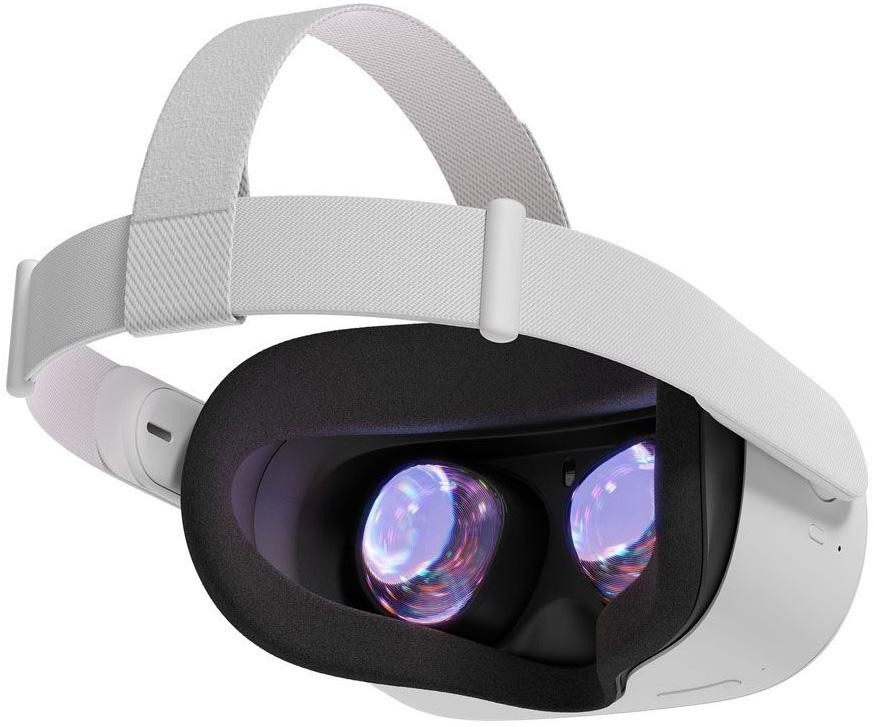 Interestingly, Facebook is making it a requirement to link the Oculus Quest 2 headset to a Facebook account. The only exception is if you already have a separate Oculus account—you can choose to merge it with your Facebook account or keep them separate until January 1, 2023. If you do not link your accounts after that date, it could potentially break some experiences.

Since the hardware is built into the Oculus Quest 2, it does not need tethering to a PC. It falls into the standalone (or all-in-one) category. This is also true of the tracking—inside-out tracking means the built-in cameras and sensors track your position and movements, rather than having to clutter your living room or designated VR space with base stations. It is a truly wireless solution and one of the biggest appeals of the Oculus Quest 2. It's essentially a mobile VR headset.

The disadvantage of an all-in-one design is that the built-in hardware pales in comparison to a high-end PC. Headsets like the Valve Index, for example, must be connected to a computer and are powered by the system's components (CPU, GPU, RAM, and storage). There are other advantages with the Index as well (higher refresh rate and better tracking), but it requires a substantially higher investment—$999 for the full kit, which includes the headset, controllers, and base stations. Plus, the cost of a PC.

That said, one of the neatest things about the Oculus Quest 2 is the option to connect it to a PC as well if desired. This feature is called Oculus Link, and while it is not quite the best of both worlds, it is undoubtedly a compelling proposition that makes the Oculus Quest 2 even more intriguing. To do this, you need a high-quality USB 3.x Type-C cable (or USB Type-C to Type-A). Alternatively, Oculus sells a (pricey) fiber-optic Oculus Link cable for $79.99.

If you plan to go this route, you will want to make sure your PC meets the recommended requirements. Fortunately, you don't need an uber-powerful and/or ultra-expensive setup. Just the following:

Oculus maintains a list of currently supported GPUs and ones that are not supported, like the GeForce GTX 1060 3GB, GTX 1060M, and GTX 1650 (non-Super). In short, though, any relatively modern PC should be good to go. 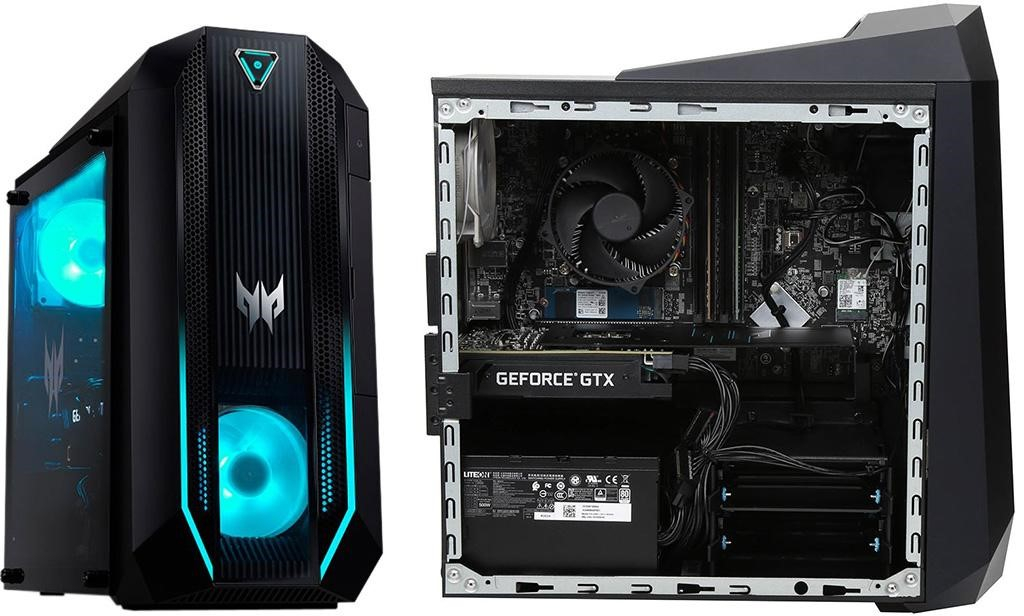 If going the prebuilt route, you can find compatible PCs that cost less than a grand, like the Acer Predator Orion 3000 (Core i5-10400F, GeForce GTX 1650 Super, 12GB DDR4 RAM, 512GB SSD) for $949.99. Or, if building your own, you could assemble a capable PC for even less. Micro Center has a bunch of CPU and motherboard bundles that are good starting points. To give an example, here's a system I came up with on a sub-$800 budget:

You can order this exact build from our Custom PC Builder. Add on Same Day Pro Assembly to be ready for gaming the moment you leave the store!

The total cost is just north of $700 (plus Windows 10, if needed). This would be sufficient to play a game like Half-Life: Alyx, though if you can swing a higher-end GPU (like a GeForce GTX 1660 Ti or better), you can play more comfortably at higher settings. 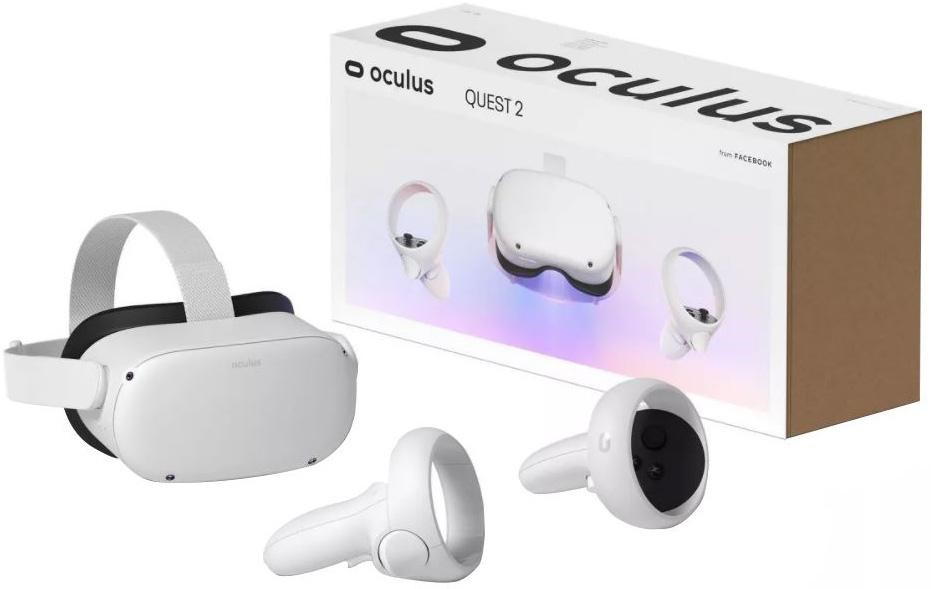 The bottom line is, the Oculus Quest 2 is worth looking into if you want to dive into VR without spending a fortune. It combines the convenience of an all-in-one form factor with the option of plugging it into a PC for expanded experiences. It's not perfect—Facebook's push to tie the headset to a social media account feels overbearing—but overall, this is a great place to start your VR journey.