Choose From the Latest And Greatest CPUs to Fit Your Needs

Whether you are a first time builder or have been assembling PCs since the dawn of time, the starting point is often the same—the CPU. And with it comes the question of which one you should buy. One of the reasons the CPU choice is so important is that it determines your build’s platform and overall direction. For example, if you are building around one of AMD's latest generation Ryzen 5000 series processors, you are likely looking to mate it with an X570 or B550 motherboard and perhaps a PCIe 4.0 SSD. Likewise, if you have chosen an Intel processor for your build, you will need to select a compatible motherboard with your desired features.

So, which CPU should you buy? That is a loaded question, and there is no single answer. CPUs are not a one-size-fits-all component. Chipset, upgrade path, cores, architecture—they all play a role in what is best for your particular build.

How Many CPU Cores Do I Need?

A long time ago, clock speed was king, and like the speedometer on a car, the higher the clock speed, the faster the chip. These days it is not so cut and dry. Clockspeed still matters, but so do core and thread counts. Cores and threads are like arms and hands—imagine how much more efficient you could be with certain tasks if you had more than just two each. The same concept applies to CPUs.

How many do you need? If your primary use is surfing the web and firing off emails, a dual-core chip will get the job done; it’s just not very fast. For an entry-level PC, I recommend going with four cores. Most modern four-core CPUs will serve just fine in a general-purpose PC and can even play games when matched with a discrete GPU.

For a mid-range gaming PC or light content creation, you should be looking at six or eight cores, depending on your budget. Six to eight cores are also ideal for casual streaming. And for a high-end gaming PC, more intense video editing and encoding workloads, and professional streaming, go with as many cores as you can afford.

Now let's go over some of the different options. 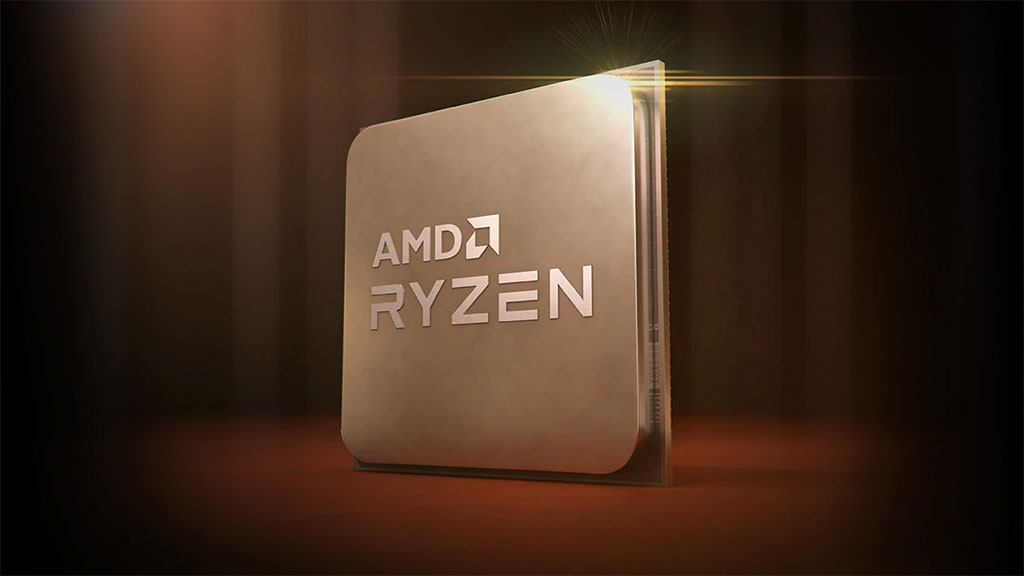 If you are a gamer, the best CPUs for gaming right now also happen to be the newest ones from AMD. Based on its Zen 3 architecture, the Ryzen 5000 series combines strong single-threaded performance with up to 16 cores and 32 threads for multi-threaded workloads, making them suitable for nearly any task, gaming or otherwise. Here are the options:

Ironically, the least expensive of the bunch—Ryzen 5 5600X—is also the only one to come with a bundled CPU air cooler, AMD's Wraith Stealth. If purchasing one of the other three, you will need an alternative cooling solution purchased separately, be it an all-in-one liquid cooler like Corsair's H115i XT or air cooler like Cooler Master's Hyper 212 RGB.

Zen 3 is a significant upgrade over Zen 2, with AMD touting a 19 percent uptick in IPC (instructions per clock) performance. That essentially means that clock for clock and core for core, Zen 3 is 19 percent faster than Zen 2. Real-world performance can be more or less, depending on the workload. In gaming, however, Zen 3 shines.

All four of the Ryzen 5000 series processors are suitable for gaming, not just the Ryzen 9 5900X. The higher up you go, the better the performance, though the real benefit of going for more cores/threads is doing things like streaming and content creation.

If you're looking to build a higher-end PC, a good match for any of these chips is a motherboard based on AMD's X570 chipset. Or if you want to save a few bucks, the B550 chipset is nearly as good but more affordable. Some potential options: 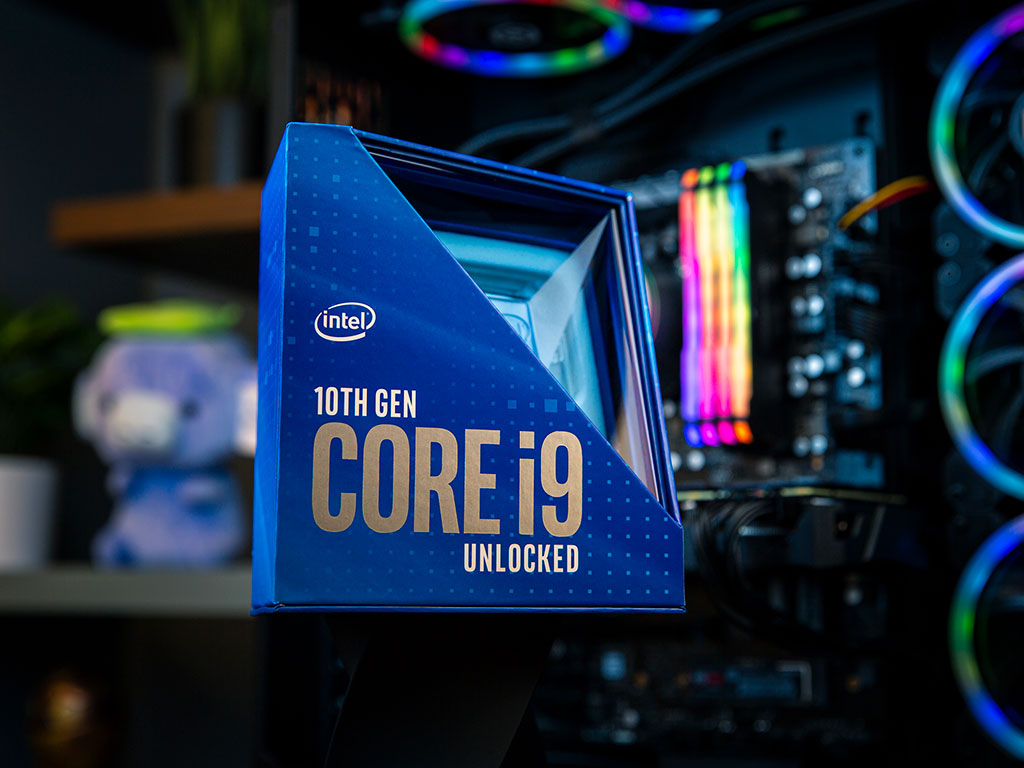 While the Ryzen 5000 series is the new kid on the block, Intel's 10th Gen Core Comet Lake processors are great for gaming and content creation. Intel has been optimizing its 14-nanometer manufacturing node for several years now, and so Comet Lake is more of an architectural refinement over Coffee Lake. However, Intel did change the socket for Comet Lake (LGA 1200), so if you are upgrading an existing build, you will need a new motherboard as well.

That said, here are some of the higher-end Comet Lake options for gaming, streaming, and content creation:

All of these are strong performers. And technically, while the Core i9-10900K is the best Intel CPU for consumers, the Core i9-10850K offers more bang for the buck, getting you near the same performance for around $100 less. Also, the same rule here applies with regards to streaming—the more cores, the better. If that is your goal, a Core i9-10900 or higher is the best option. You can stream with fewer cores, but I would suggest going no lower than six: the more cores, the less chance of occasional choppiness.

Also, note that any Intel processor with a "K" designation like the Core i7-10700K has an unlocked multiplier. Unlocked multiplier comes in handy for overclocking if that is something you are interested in doing.

If you are not looking to push the envelope, there are more affordable options that are great for 1080p gaming and general-purpose computing. Pair either of these with an entry-level or mid-range graphics card, and you'll have yourself a respectable gaming box.

You could probably get away with some casual Twitch streaming with the Core i5-10400, but for the most part, these are for more budget-oriented builds.

Here are some motherboard options at different price points:

Up to this point, I've mainly focused on the latest CPU architectures from AMD and Intel, with an emphasis on higher-end processors. But whether you're looking to build a modest gaming PC or a general-purpose workhouse on a more stringent budget, you have options. It was only a short while ago when previous generation CPUs like Zen 2 (Ryzen 3000 series) and Coffee Lake (9th Gen) were the top chips. And today? They are still capable hardware options.

Both have their advantages. One reason to build around Zen 2 is the chipset. Both X570 and B550 support the latest technologies, and namely PCIe 4.0. This mostly matters if you plan to install a blazing fast PCIe 4.0 SSD, some of which can reach data transfer speeds of 7,000MB/s.

Some other notable options from within the Zen 2 family:

On the other hand, Intel has not yet embraced PCIe 4.0 on the desktop (that will come when Rocket Lake arrives next year), but PCIe 3.0 SSDs are still plenty fast, so it's not a huge deal. Additionally, Intel's 9th Gen Core processors are very fast performing chips for gaming, media chores, encoding, and just about anything you throw at them. Some options worth considering:

You can save a bit of money by going with an older generation CPU, whether it's an AMD or Intel chip. It's all about deciding what your budget is and then looking at your options. Check out our PC Builder tool when you're ready to start building your PC with one of these new CPUs.