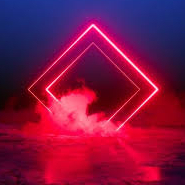 Problem: For the past  couple of weeks, I've had some freezing issues. It infrequently occurs after periods of long use (6+ hours). The display will no longer respond to any input.  The mouse will still move but won't open or close any application. I cannot open task manager or do anything. I then have to force shut off  on the computer in order to restart. There hasn't been any BSOD or Random shutoffs. Given the infrequency, it is impossible to replicate or predict.

So far it has occurred when:

Background: The only noteworthy change prior to the issue was that I installed a new CPU cooler (specs below). The issue started a few days later, so I'm not sure if its related. Temps have been good so I don't think its overheating, especially since there are no issues while gaming, and only happening during light usage. I made sure it was only hand-tightened and there are no obvious signs of damage to motherboard.

I built my computer about a month ago, so I wouldn't think its a hardware problem.

What I've tried so far: Ran both system file checker and DISM scan (one was found in sfc and repaired but issue persists). I've checked for new drivers but it appears everything is up-to-date. I've checked the event viewer but doesn't show anything obvious. I've ran a memtest which completed without any issues. I rolled back my graphics driver. I've ran anti-malware/virus security. Yet, the issue persists.

It has been extremely frustrating trying to troubleshoot this. Any experience/knowledge on this problem?