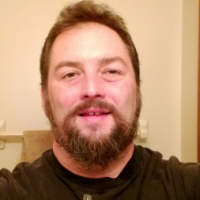 Chewie70SaberSlinger Home ✭
January 13 in New Members
I'm new to this forum, but not to MicroCenter or computers. I've been a MicroCenter customer since their very first year in Columbus and have purchased most of my computer equipment there. My first PC was an Apple IIc on which I learned basic programming and began an attempt to learn machine language (a very generic terms, but one that meant using long strings of numbers to create signs, games, or whatever project you were working on at the time. I typed in a few programs from magazines, but never learned the syntax, and years later with the rise of Windows I had little reason to bother. Funny that 28 years later I found myself in an online class, using a PC to learn just a taste of several different modern computer languages. Joining this forum will allow me to help and encourage others, and hopefully get some answers to questions I can't find answers to anywhere else...or maybe just faster.

I've always had both a PC and a gaming console, because I tend to prefer my equipment be specialized for it's tasks. I learned basic photography in elementary school and was an early adopter of digital photography, because it was such a revolution to not have to guess whether you got a good photo or not. It allowed you to do something you never could before....take another shot, on the spot, if you didn't get a good one, saving time effort, and trying to get people or items back to the same place. Now we can catch spontaneous moments that would have been lost before. I started with a Sony Mavica, then tried my fortunes with a Panasonic camcorder that could also take photos, then an extended zoom Nikon, and now am learning the ins and outs of a Nikon D5300. Did I mention that I still have all of these, in excellent condition, as well as my old Apple IIc? Hahaha. And yes every game system I've had with the exception of our old Atari 2600.

I currently use a Asus ROG laptop and PowerSpec G214 Desktop. I have a dual head Deluxe PowerSpec 3D printer (its currently for sale) which was exciting, but I've had some difficulties with printing...mine not it's. I've worked in many different fields: restaurants, warehouse, manufacturing, woodworking, and cabinet making. My interests are vast, so I'll just give some idea: Heavy Metal, hard rock, appreciate and listen to all kinds of music, play metal guitar, enjoy racing games...flying games...shooting games...and vintage games, ride motorcycles, love sports cars of all sorts, huge Star Wars fan, enjoy sci-fi books and movies, photography, animation, graphic design, but do not enjoy coding. I'm currently looking for work and the woman of my dreams. Who knows what I'll find here, but hopefully I can get the computer answers I need.
0 · Share on FacebookShare on Twitter