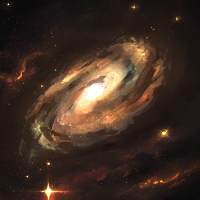 I have a brand new XPS 8940 with intel i7-10700 and GTX 1660 Super; 32 GB ram, SSD and an extra HDD. I immediately noticed that once launching any video game, the fans were very loud and GPU temps were well into 80s C, and after downloading Core Temp, I've discovered the CPU is fairing far worse, often hitting 90C.

I'm a little new to PC builds/mods so take this part with some salt:

Research told me the CPU fan that Dell put in with the non-K CPUs in the 8940 is in fact not very good, i.e. is tiny. Microcenter said not to try changing fans myself because it could void warranty, be that Microcenter's or Dell's, I'm not sure. Anyway, I don't know if I should stick with this machine and invest in fan/heatsink upgrades (if possible) or trade it in for something else. Some sources recommended different Noctua models.

Here is something from Dell forums:

EDIT: ended up exchanging for a different prebuilt.