We've laid out a powerful build with as many white components as we could cram into it, creating a stylish powerhouse worthy of the GeForce 3080 Ti. 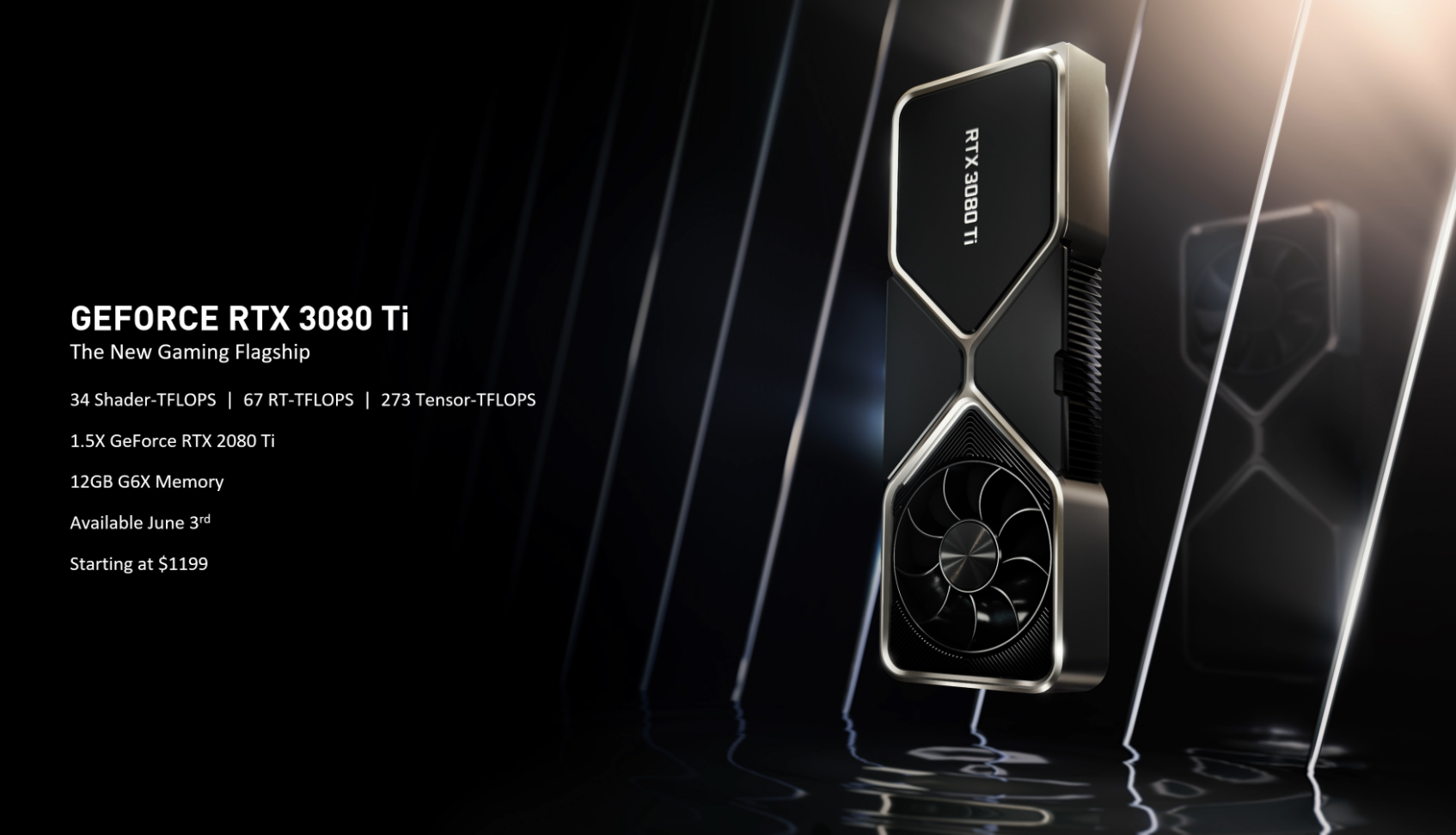 A flagship graphics card deserves a flagship processor and for our build, that's the i9-11900k. The 11900k is prepared to handle anything you throw at it, from high-end gaming to photo and video editing with power to spare.

Alternate: AMD Ryzen 9 5900X - AMD's own 9 core processor, delivering comparable specs under the AMD brand. Note: the selected motherboard for this build is not compatible with an AMD processor.

The Gigabyte Z590 VISION G is closer to a mid-range board than a high-end, but it oozes style. With a mashup of white, silver, and black coloring with a splash of blues and purples, the VISION G is our board for a stylish powerhouse. Plus, it comes equipped with four m.2 slots, multiple PCIe x16 slots, and HD audio.

Alternate: ASUS X570-Pro Prime AMD AM4 ATX Motherboard - To complement the alternative AMD processor, we picked out a similarly stylish AMD motherboard, even adding in a splash of RGB.

The pièce de résistance of our stylish powerhouse is, of course, the brand new NVIDIA GeForce RTX 3080 Ti. Specifically, Gigabyte's VISION edition which matches flawlessly with our motherboard. The brand new GeForce RTX 3080 Ti delivers 1.5x the speed of the last generation GPUs and brings with it incredible ray tracing technology and DLSS AI Rendering on top of everything else NVIDIA GPUs can do, including NVIDIA Broadcast, and NVIDIA Reflex.

Whether you're building with an i9 Intel or Ryzen 9 AMD, your processor is going to be giving off a lot of heat. And nothing beats a big water cooler to keep your temperatures low. The Corsair H510i is more than equipped to handle all the heat you can throw at it, and handle it in style with a white radiator and three RGB -infused fans.

Alternate: NZXT Kraken Z73 360mm CPU Water Cooling Kit w/ LCD Display - Sure, it might not match the aesthetic of the build, but adding an LCD display onto the pump cap, allowing you to monitor temps just by glancing at your case. Or, you're favorite GIF if you're so inclined.

16GB might not seem like that much RAM for a powerhouse build, but it'll be plenty for most things you want to do with it, including gaming and video editing. But, if you do want more, you'll still have 2 available slots to cram in an additional 16GB of RAM. And did we mention the RGB?

We're putting incremental hard drives in this monster. You've got your 1TB 970 EVO Plus M.2 NVMe drive for your OS as well as any other major-use programs, a 2TB 870 EVO SSD for your frequently played games, and a standard 4TB Seagate BarraCuda for every other thing you need on your computer. Tons of storage, ranging from blazing fast to just plain speedy.

Alternative: Inland Platinum 4TB SSD M.2 NVMe - 4TB of blazing-fast storage, all on one single M.2 NVMe drive is stellar, but it comes at a price.

750 watts of power with an 80 Plus Gold rating means your new powerhouse will run smoothly and efficiently. But, perhaps more importantly, it's fully modular, meaning you won't have a bunch of extraneous cables getting in the way of all that glorious white and RGB.

Alternate: Anything Modular - rather than pick out a specific power supply alternative, I'll just recommend anything with sufficient power and fully modular. Keep your case clean!

Ultimately, your case is up to you. We went with the White Liancool II Tempered Glass case for the aesthetic. Easy-open doors on both sides of the case, RGB strips in the front, and tons of room for your big AIO water cooler are exactly what we're looking for.

Alternate: Whatever case that can fit your components! - Cases are perhaps the most subjective part of any PC build, taking into account both space and personal taste. So head to your local Micro Center, bring a tape measure, and check out our floor models!