SteelSeries’ new line of gaming accessories just landed at your local Micro Center, and we got to go hands-on with everything in the brand-new Prime lineup.

The Arctis Prime headset and a trio of Prime mice (Prime, Prime+, and Prime Wireless) are all designed with high-level esports play in mind. The whole line is optimized for maximum gaming potential, which means stripping away everything extra. Minimal RGB, no splashy highlights, just streamlined gaming goodness. 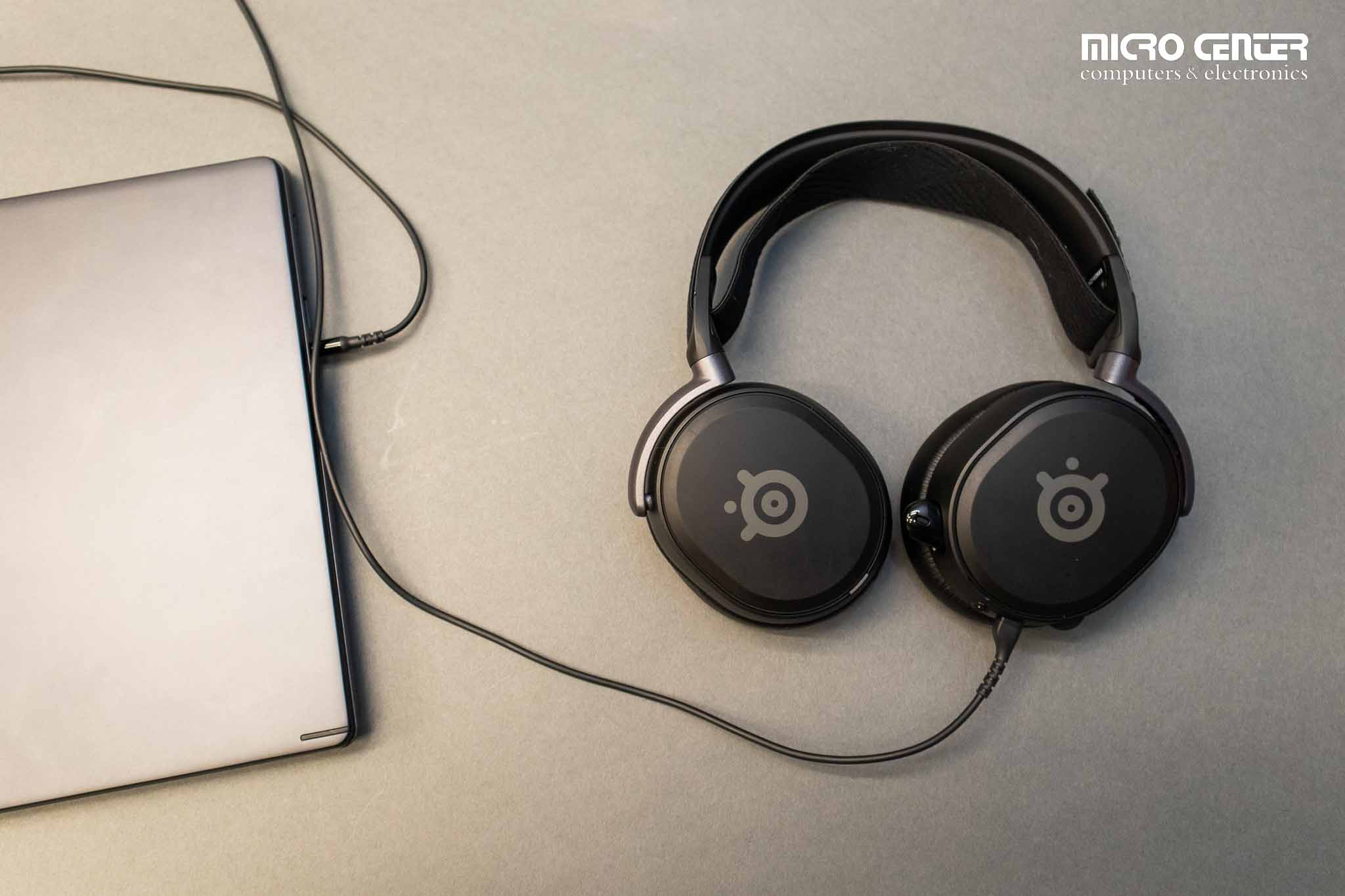 The core of the Arctis Prime is the audio, of course, and SteelSeries took the hardware from the much-loved Arctis Pro headset and dropped it in the Prime, making it a stellar Pro alternative at nearly half the cost.

I’ve been using the Prime for gaming, music, and video and have nothing bad to say about the audio quality at all. It sounds fantastic in every genre of music I’ve put it through, with both the highs and lows ringing clear. Video sound is crisp and distinguishable, with no loss in vocal clarity, even during the heaviest of explosions.

But the Prime is a gaming headset first and foremost. I put it through the wringer with my current game of choice, Apex Legends, and saw zero issues. The headset is sensitive enough for direction-based audio, meaning I could tell which way enemy footsteps were coming from. And it balanced the audio with my simultaneous Discord call well - I never felt one was overpowering the other.

The microphone is similarly solid and can be tucked away neatly back into the headset when not in use. I noticed no glaring audio hiccups with it, my recording software picking up everything I wanted it to and played back crisp and without degradation.

Keeping in line with the Prime series design philosophy, the Arctis Prime is one of the most minimal gaming headsets I’ve had the pleasure of using. I’ve worn them in public a few times, something I wouldn’t dream of doing with some of the flashier gaming headsets. This also speaks to how comfortable they are – I’ve been wearing them for full work days, moving them from my computer to my phone for those moments I leave my desk. But, I do have to put an asterisk on that comfort. 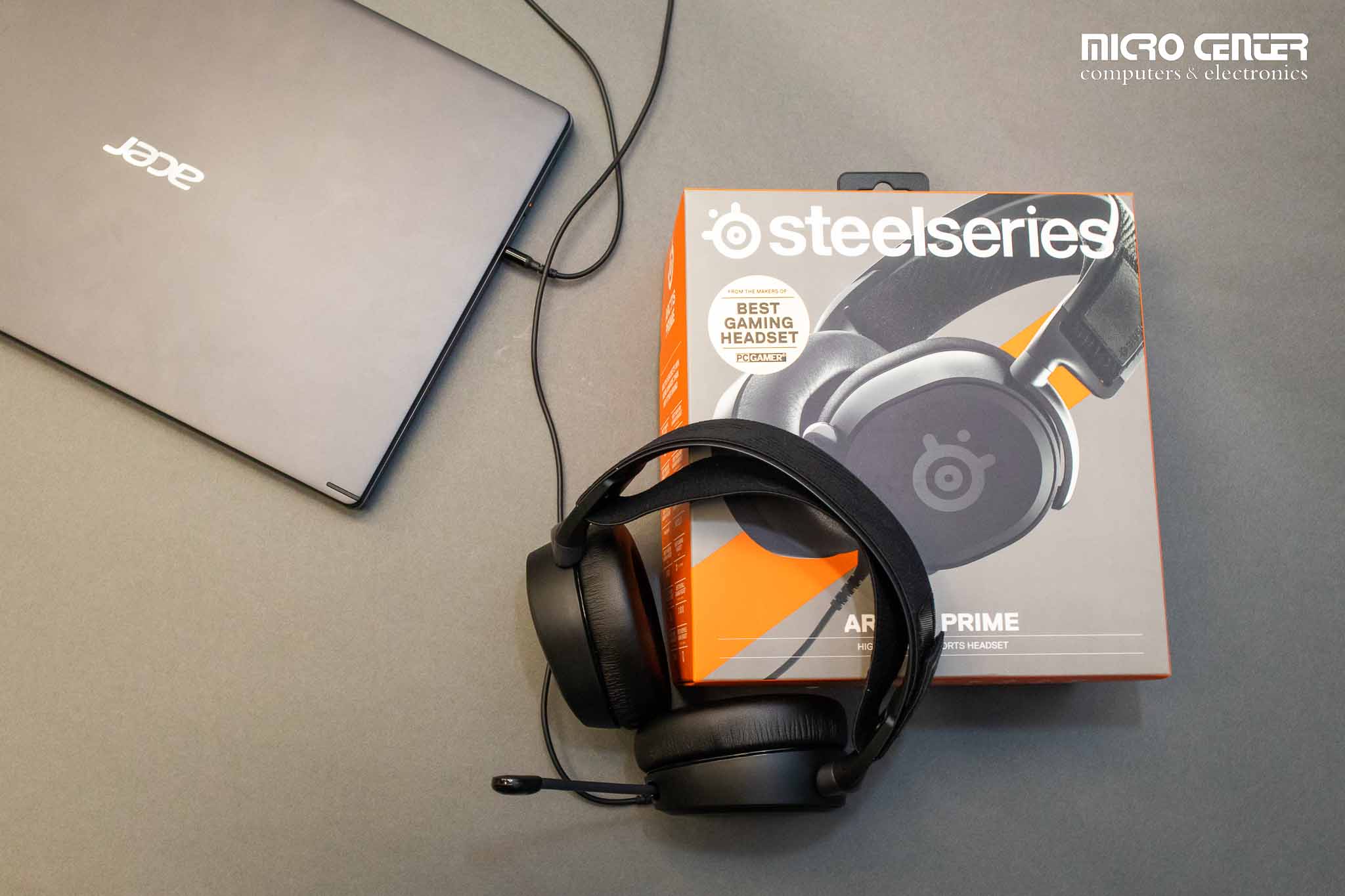 The Prime series strips everything down, and that includes the headband and fit adjustments on the headset. I ended up really liking the feel of the headband, but the minimal approach can be a bit of a double-edged sword. Cutting out the bulk for an aluminum alloy and steel build does make the headset light and comfortable, but it puts only a small amount of padding between your skull and the metal. Size adjustments are done with a simple strap looped through the headband, making adjustments a bit imprecise, but once you dial into a fitting you like, it’s not changing accidentally.

But don’t let these caveats dissuade you – instead take it as encouragement to head into Micro Center and try them on first. As I said, I’ve been wearing the Arctis Prime nearly nonstop for a few weeks now, and while I love them, they may not be for all head types.

The new Prime mice all, at first glance, seem identical. They all feature a distinctly right-handed grip with two thumb buttons and RGB only in the scroll wheel. They’re all the same material and feature the same switches, the Prestige OM. Under the surface, however, each mouse has its own unique features and identity. But before we dig into what makes each mouse an individual, let's dig into those similarities.

And let’s start off the bat with some high praise: The Prime series feels incredible to use. All three mice are light and easy to maneuver, with even the heaviest version, the Prime Wireless, coming in at a measly 80g. The shape fits neatly in your hand for palm-grippers and extends far enough that even the biggest hands will get a complete palmful. This puts the two side thumb buttons in the perfect spot for easy access, but not easy enough that you’re accidentally hitting them while gaming. 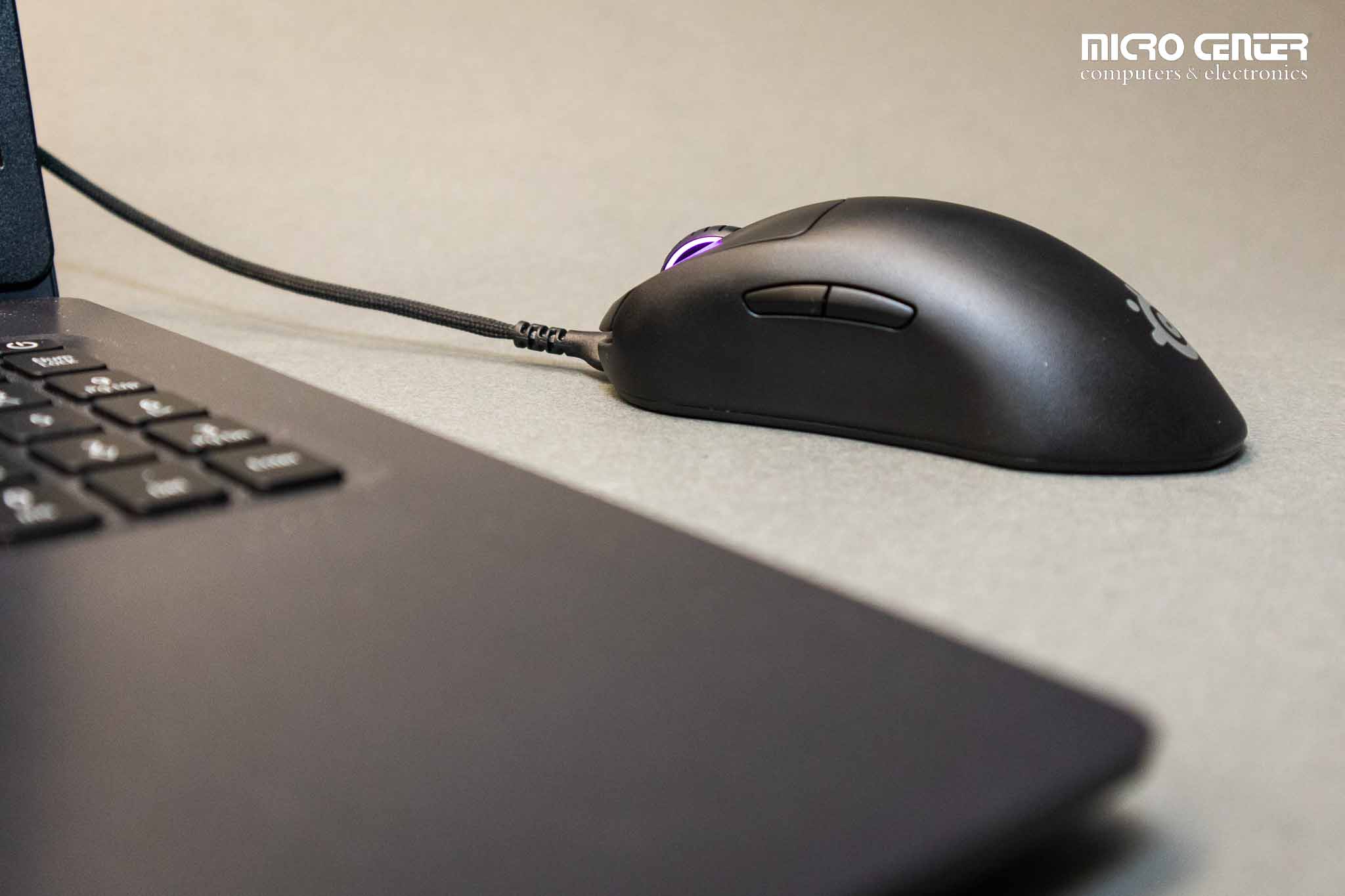 Speaking of buttons, the Prestige OM switches are fantastic for the Prime series. Light enough that you won’t tire yourself out clicking, but heavy enough that you won’t accidentally click as your hand relaxes into the mouse. The side buttons, though sleek and minimal, are tactile enough that it’s immediately apparent when you press them. The same can be said of the scroll wheel, which is gripping and responsive.

Now let's talk about what sets these mice apart from one another:

The Prime mouse is the gaming mouse at its most streamlined. Every piece of the mouse has a purpose, with no fluff, making it the lightest of the trio: 69g. The onboard TrueMove Pro sensor offers up to 18,000 CPI/DPI naturally with no firmware boosts. The Prime comes pre-set with 5 CPI/DPIs onboard, but they can be edited via SteelSeries GG. If you’re looking for a no-nonsense, esports-ready mouse the Prime is the way to go.

Take everything the Prime can do and watch the Prime+ do it better. Better sensors and more customizability, the only trade-off is two extra grams of weight, bringing it up to a still super-light 71gs. Oh, and did we mention: 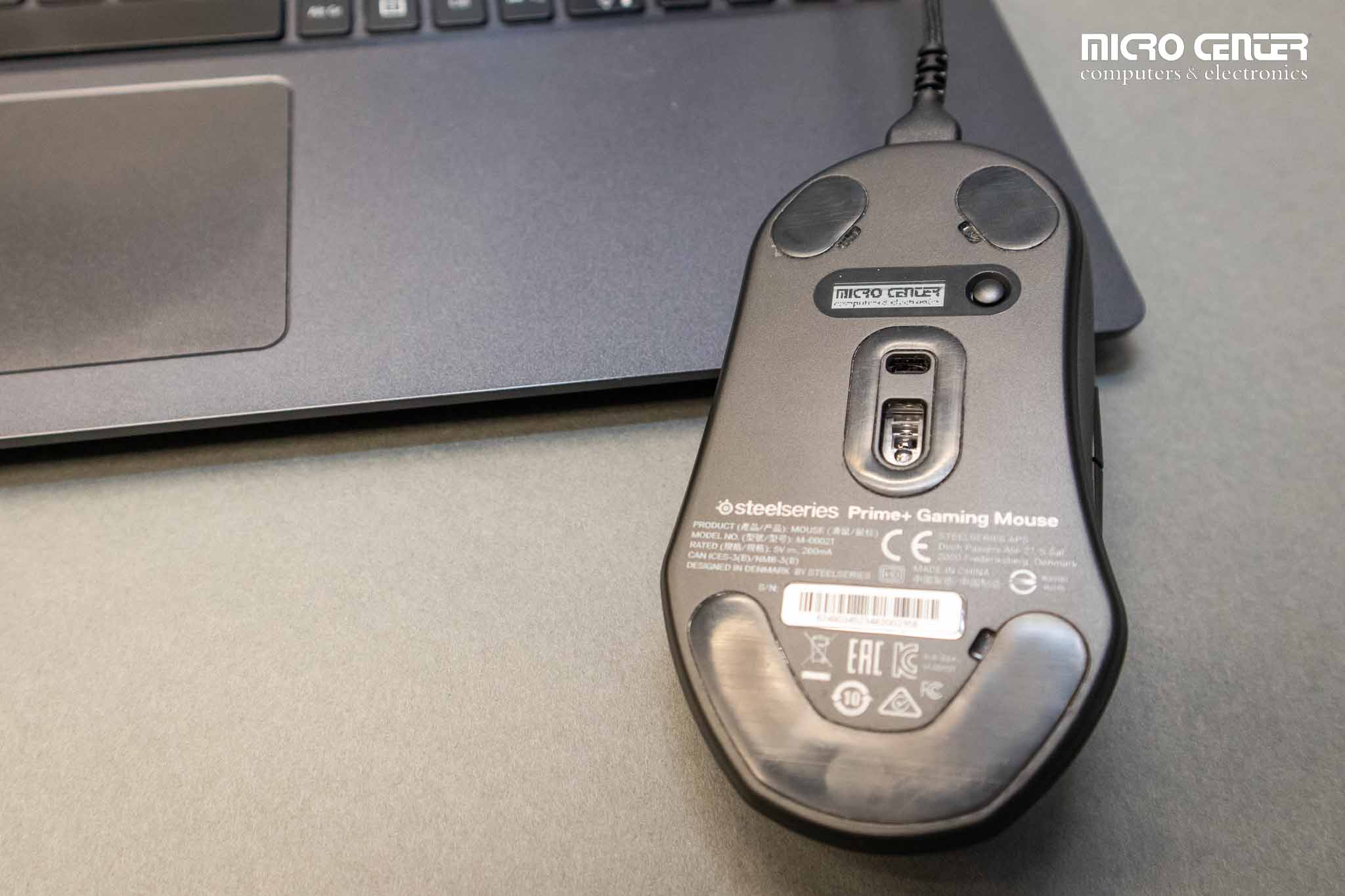 That’s a fully customizable onboard OLED screen, and it’s not just for show. Sure, you can put your favorite brand logo on it, but you can also program the entire mouse through it. Adjust CPI/DPI, modify the lift-off sensor (a feature unique to the Prime+’s TrueMove Pro+ sensor that prevents mouse movement when making adjustments above your mousepad), and even change the scroll wheel’s RGB color. Of course, you can still use the SteelSeries GG software, but why bother when everything is literally in the palm of your hand?

The drawback of the Prime and Prime+ is that they’re wired. The Prime Wireless does away with all that nonsense, offering the ultimate in sleek, streamlined gaming mice. I saw no lag ever while using it, thanks to Quantum 2.0 Wireless, meaning my gaming was as fast as ever, just without the hassle of wires. And while I never took a stopwatch to my battery life, I can say it held a charge for around a week of fairly regular use. And when it did die, I plugged it in, went for lunch, and came back to a fully charged mouse, ready to rip and tear. 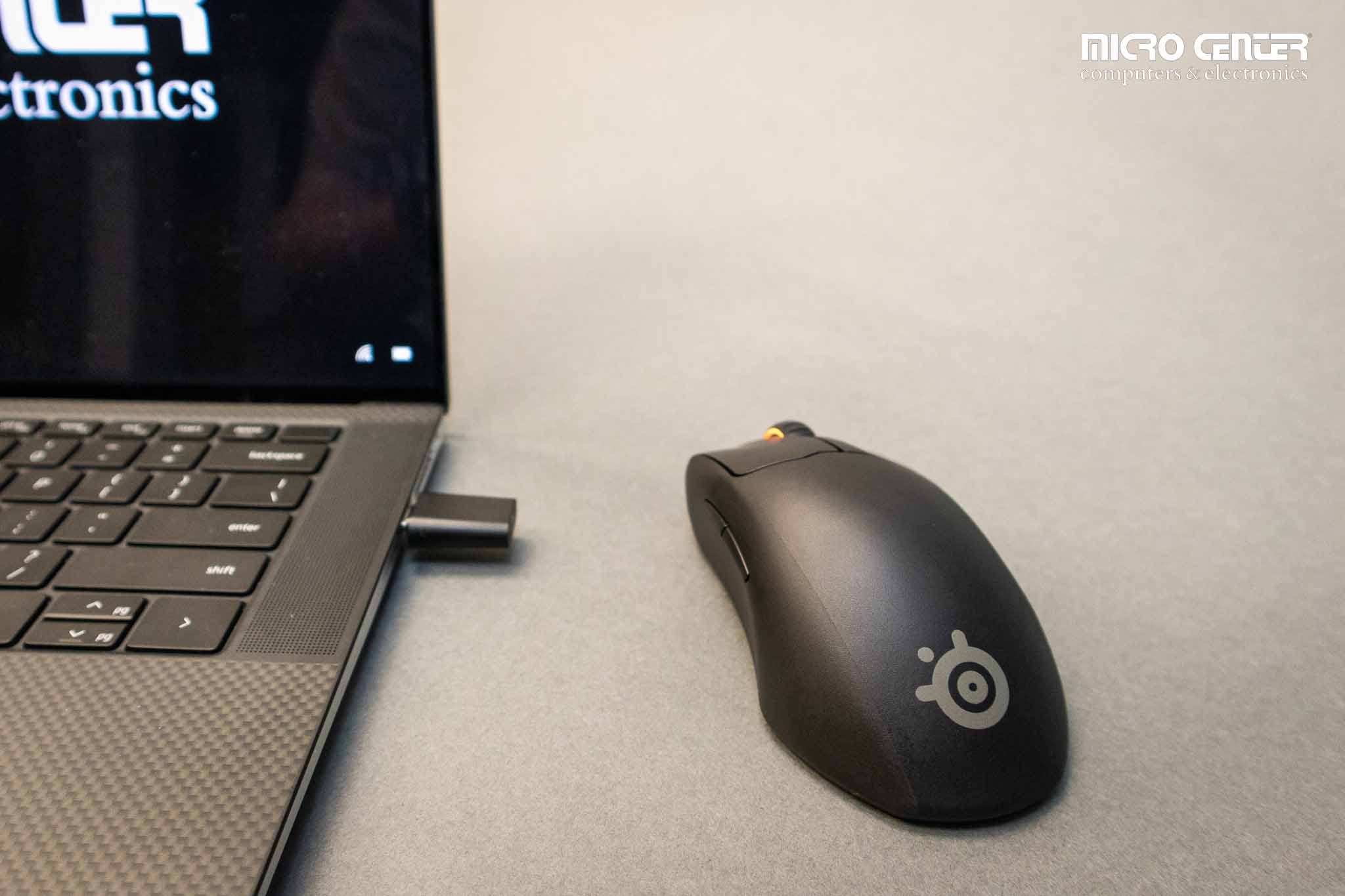 While not unique to the Prime series, I do want to take a few sentences to mention how easy SteelSeries GG is, even when updating a tricky wireless mouse. GG is the type of software that will give back exactly how much you want to put into it. Looking to just update some keybindings and make DPI/CPI adjustments? It’s as easy as a few quick clicks. But if you want to go in-depth with your adjustments, SteelSeries GG offers acceleration, angle snapping, polling rates, and more adjustments. It’s a fantastic complement to a Prime (pun intended) line of peripherals. 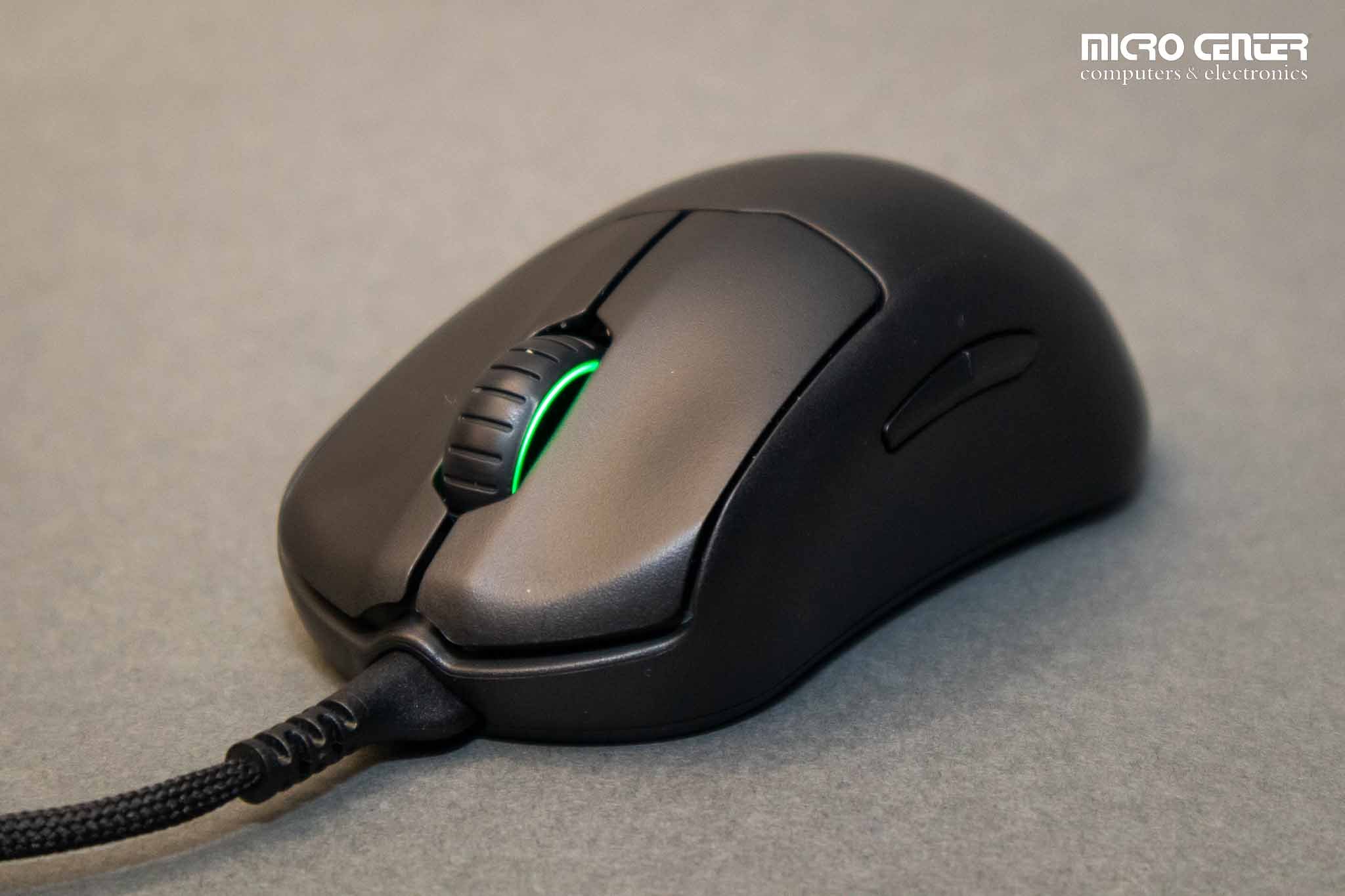 If you’re looking for high-quality gaming peripherals that don’t look like gaming peripherals, the SteelSeries Prime line is the way to go. Everything we tested was super comfortable, responsive, and felt natural whether we were gaming, at work in the office, or on the go.