Boosting Productivity with a Workstation Computer

If you're a video editor, architect, engineer, or work in any other technically demanding field, you've no doubt ran use slow computers. Many lower-end mainstream PCs and laptops aren’t technologically advanced enough to handle complex programs and in a timely manner, if at all. That's where workstations come in.

The term workstation is a bit more fluid and ambiguous than other individual use PC designations, as different tasks require different types of workstations, but generally speaking, it's a high-performance computer system designed for professional use, filled to the brim with high-end tech designed to handle heavy computing with precision and efficiency. This can range from 4K video rendering to creating and managing in-depth CAD models. But that's just the short description - we’ll be discussing what workstation computers are, their various uses and benefits, as well as all of the individual parts that make up a great workstation computer. 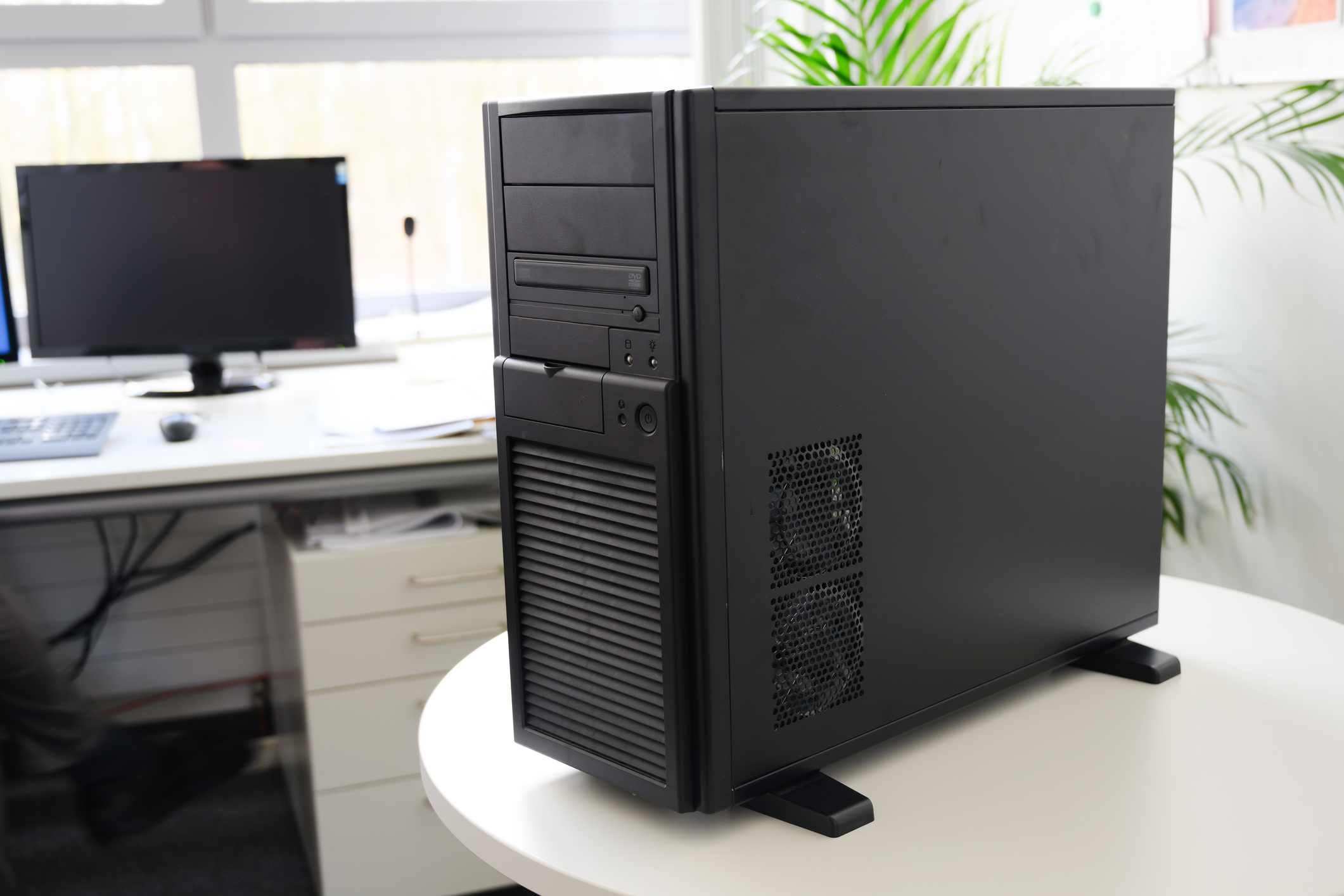 What Are Workstation Computers?

Workstation computers are computers that are made up of high-grade PC components that are capable of running more advanced work-related programs with higher speeds and at a higher level of efficiency. With top-of-the-line PC parts, these computers have higher performance and are more capable of running software necessary for many strenuous work tasks such as 3D modeling software, or video processors and editors. The exact specifications of a workstation can vary, as some will focus more on high-end CPUs while others may be more concerned with top-of-the-line graphics cards. This is, of course, dependent on the workstation is being used for. 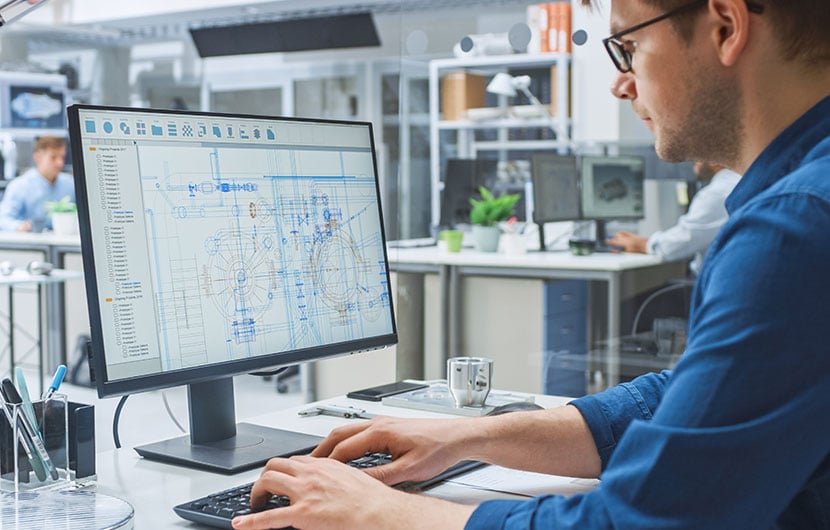 Workstations are beneficial for essentially every line of work that requires heavy computer use, such as engineering, graphics and design, architecture, and photo and video editing. These jobs highly benefit from workstation computers because programs like 3D modeling software, photo and video editing, and more use a lot of processing and graphical power - far more than the average consumer-grade personal computer.

What Are the Benefits?

Simply put, a workstation is a more capable computer that allows for better workflow and higher productivity. While there is definitely a cost differential, budget laptops and PCs aren’t equipped with PC components that are capable of completing tasks in a timely manner. In fact, many budget computers don’t even meet the minimum requirements for many programs required in computer-focused jobs. By upgrading to a workstation computer with more advanced hardware, you’ll future-proof your PC and guarantee that it won’t be outdated for many years to come, all while maximizing your workflow and efficiency.

Computers with more powerful CPUs and GPUs will more easily be able to handle more demanding programs like Adobe Photoshop and Premiere, 3D modeling software, and more. With more advanced hardware, workstation PCs will have faster loading and rendering speeds while in use, and will overall be much easier to get work done while in use.

Features to Look for in a WorkStation Computer: 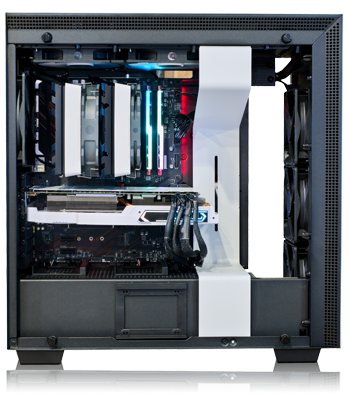 Undoubtedly, one of the most important features to look for when purchasing a high-quality workstation computer is finding one with a highly capable processor. The processor is essentially the brain of the computer, so it’s important to purchase a PC with a powerful CPU. The more processing power your computer has, the faster your PC will be at processing data and the easier time it will have with running multiple demanding programs at once.

AMD’s Threadripper (or TR) and Intel’s Xeon W line of processors are the most common processors in high-end workstations, offering exponentially more computing power than processors found in even the highest-end of consumer-grade processors.

The RTX 4000-series and 3000-series by Intel were only just recently released, so we’d recommend picking up one of those cards if you’re looking for a graphics card that will last a long time. The RTX4000 was crafted with workstations in mind, and are designed as business-class cards. The RTX 3000 series is far more consumer-focused, but the RTX3090 offers workstation-level performance.

While the CPU and GPU are arguably the most important parts of a PC, RAM storage is also an important feature. RAM storage, or random access memory, allows for a PC to complete multiple tasks at once without slowing down. To put it simply, the more RAM you have, the faster your PC will be. If you're using a workstation computer, 32GB of RAM is the bare minimum - we recommend at least 64GB of RAM. Also remember that not all RAM cards are made equal: purchase a RAM card that has a higher speed. The higher the speed, the faster your computer will be.

And, if you’re running a workstation, ECC, or Error Correction Code, RAM is a must. ECC RAM is designed to fight data corruption, creating a system that is nigh-immune to single-bit errors, protecting your work, data, and time. 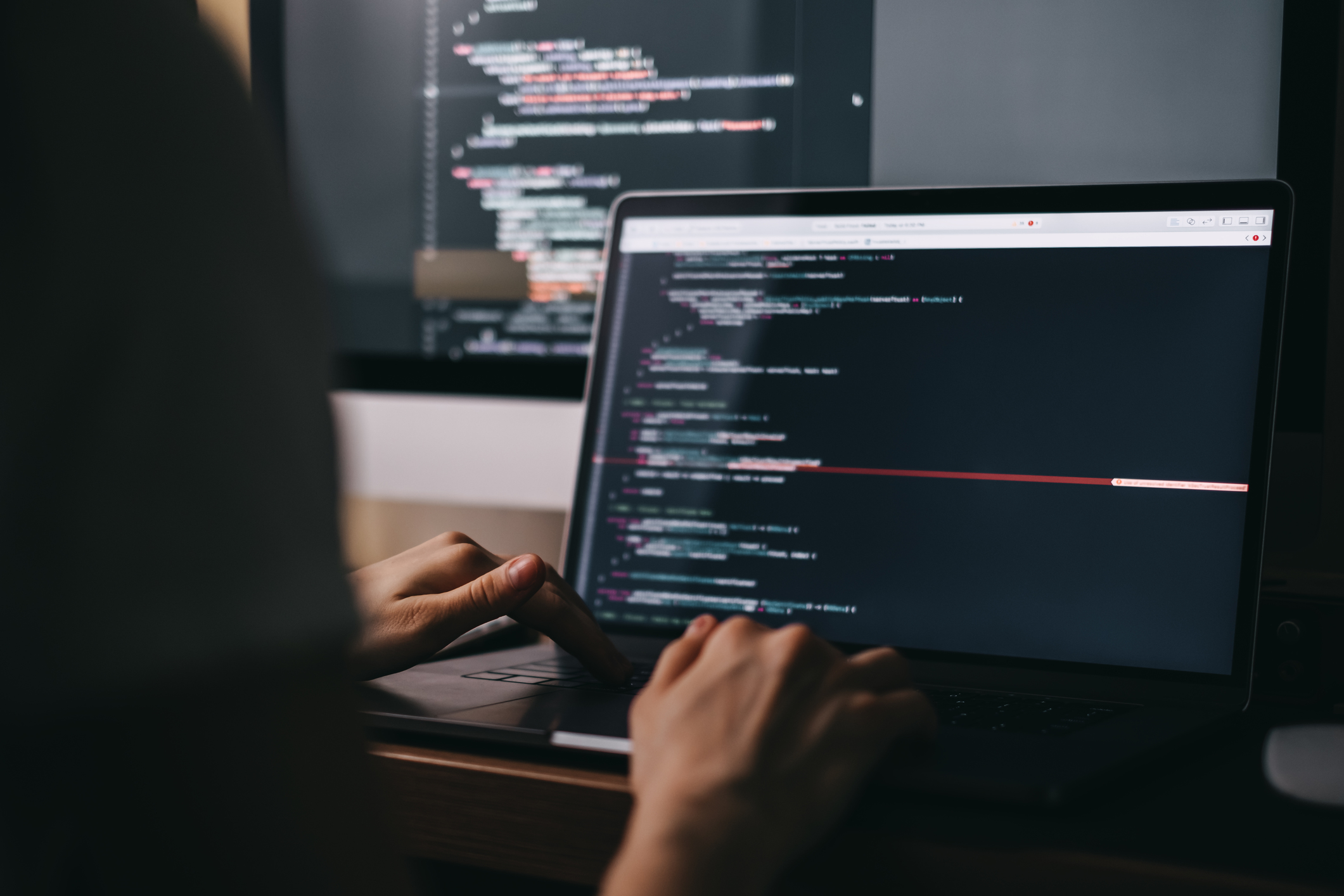 While every computer needs a hard drive, workstations need big and fast hard drives. Given the nature of most workstation-requiring jobs, getting saddled with a slow hard drive can eat up valuable time as it struggles to read or write data in an efficient manner, especially as files can rapidly grow to enormous sizes as videos get longer and CAD projects get more detailed. You should always plan for more storage than needed so that you don’t risk running out of space in the future.

Our pre-built workstations strive for the best of both worlds, offering lightning-fast professional-grade SSDs (solid-state drives) as the main hard drive with massive traditional hard drives providing support for larger files. Of course, you can opt for a pure SSD or HDD (hard disk drive) build, with SSD’s being much more expensive but also more reliable and faster than HDDs. If you’re simply looking for hard drives with the most storage for the lowest cost, then HDDs are the way to go.

If your work requires the use of a computer for a prolonged period of time and uses any programs outside of word processors and web browsing, then a workstation PC can do wonders for your day-to-day productivity. They offer speeds and stability that standard computers can't compete with, let alone higher-end PCs. In essence, if you're seeing slowdowns, crashes, or just unsatisfying work in your daily-use typical applications, it's time to upgrade to a workstation.