How a High-Powered Workstation Could Help Your Business

Gamers might have the prettiest of PCs, but the ones with the most raw power will always be in the hands of professionals, and with good reason. If your work places big demands on your personal computer system, then then the benefits of switching to a high-performance workstation could be enormous. That’s especially true if you take part in extensive video editing and transcoding, AI development, CAD work, or 3D design.

There have been great leaps and bounds in home computing performance in recent years, but even the best system designed for individuals and hobbyists in the computer market pales in comparison to the most powerful productivity-focused desktop computers. The top workstations are an entirely different breed of computer, with high-powered processors, extensive memory and storage, and exceptional performance and reliability, all backed up by powerful, professional graphics cards that come with extensive developer support.

Video Editors Save Time and Boost Preview Quality with a Workstation 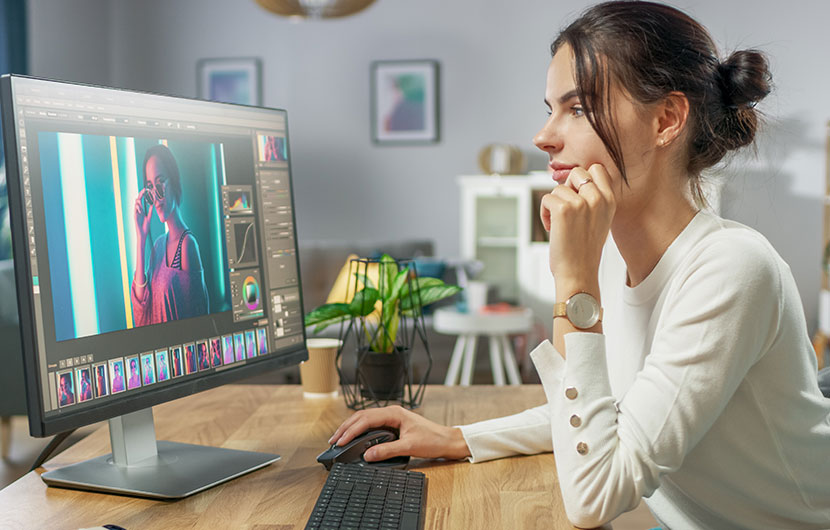 Although the minimum and recommended specifications for some of the most popular non-linear video editors, like Adobe Premiere, Avid Media Composer, and Final Cut Pro are relatively lightweight, you won’t get the best editing experience by simply having a workstation that is “good enough.” That’s especially true for anyone looking to edit ultra-high-definition video, like 4k, 8K, and beyond, as well as those who want to enjoy higher quality previews without stuttering.

Professional workstations fitted with AMD Threadripper Pro CPUs (or Central Processing Units) work fantastically, with Micro Center offering amazing 16 core and 32 core AMD-based options for peak video editing performance. Our pre-built workstations are paired with up to 128GB of memory so that all of the footage and effects are immediately accessible to the system. Meanwhile, the dedicated Nvidia Quadro graphics solution can cut through any 3D effects and transitions you add like a knife through butter.

If you prefer an Intel-based system, then there are also powerful Xeon-based workstations worth considering. The 3rd-generation Intel Xeon scalable processors still make momentous leaps over their predecessors with 16-core and 24-core models, paired with up to 128GB of RAM making them a very tempting upgrade into workstation-class productivity. 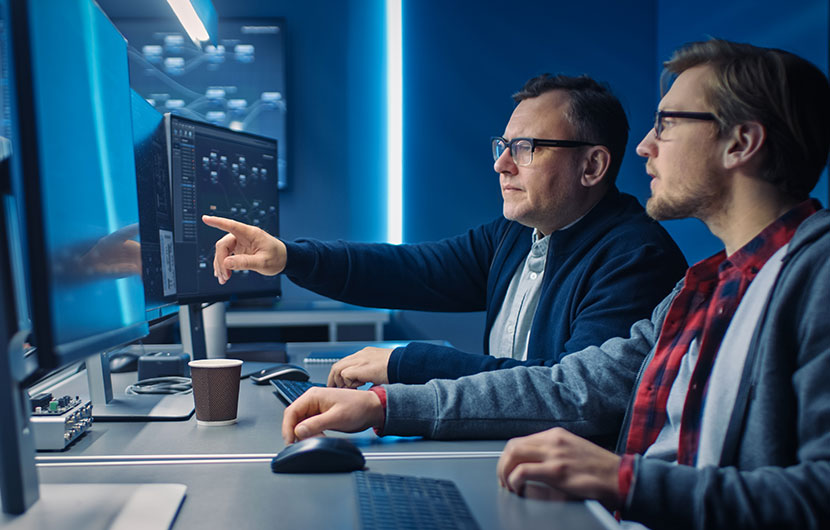 No machine learning project is quite like another, but they can all benefit from the sheer performance and power of a high-end workstation. Whether you’re trying to improve the speed of your model training, expand the size of the datasets you can work with, or leverage GPU acceleration, a high-end workstation can make the world of difference to your AI development program.

With specific optimizations for Intel and Nvidia hardware, there are some AI workloads that can see a significant boost to performance using the latest in hardware from both these manufacturers, whether you’re working with MXNet, TensorFlow, or PyTorch, among other frameworks. The Intel Xeon-powered workstations from Micro Center offer cutting edge performance from both the 16 and 24-core Intel Xeon CPUs, and Nvidia’s own new-generation Ampere GPUs, with up to 24GB of blazing-fast GDDR6X memory.

If you need to work with very large datasets for your machine learning project, these systems also come with up to a terabyte of high-speed NVMe storage, paired with an additional secondary drive system with up to 6TB of additional hard drive storage space. To ensure low-latency access to all that data, all Intel Xeon W-based workstations come fitted with 128GB of ECC memory, guaranteeing the accuracy of your data. 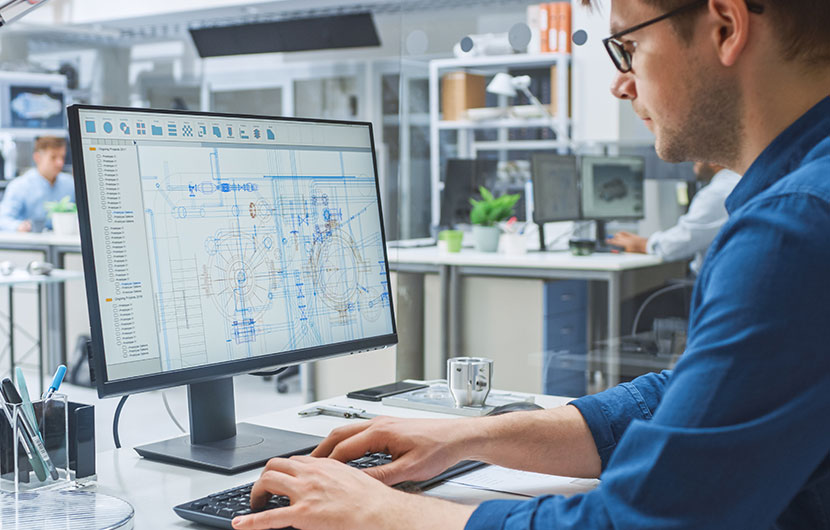 CAD developers, like Autodesk and other platforms that render 3D graphics, only certify a select few graphics cards to work with their software, and the approval that those professional cards get can be worth its weight in gold if something goes wrong. That seal means you get much better support if you need help down the line. If you want maximum memory, there’s always the option of the Nvidia RTX 3090 in the top-of-the-line Xeon workstation, with a monstrous 24GB of RAM, but for all other configurations, top-tier Quadro cards are a fantastic option.

When it comes to CPUs, there is always an argument to be made for more mainstream, consumer-focused processors. They tend to have higher clock speeds than the professional CPUs found in many workstations, which can deliver better performance. However, workstation CPUs like the Threadripper Pro chips, and Intel’s Xeon lines, all support error-correcting, or ECC, memory. That can be an extremely competent addition to a professional workstation, as it improves stability – the last thing you want to happen is for the system to crash halfway through a major calculation.

Those CPUs also support a greater number of PCI-Express lanes, which is a must if you want to use high-powered graphics cards alongside large NVMe storage arrays, or with additional add-in cards for 10 Gbit networking, or capture cards. 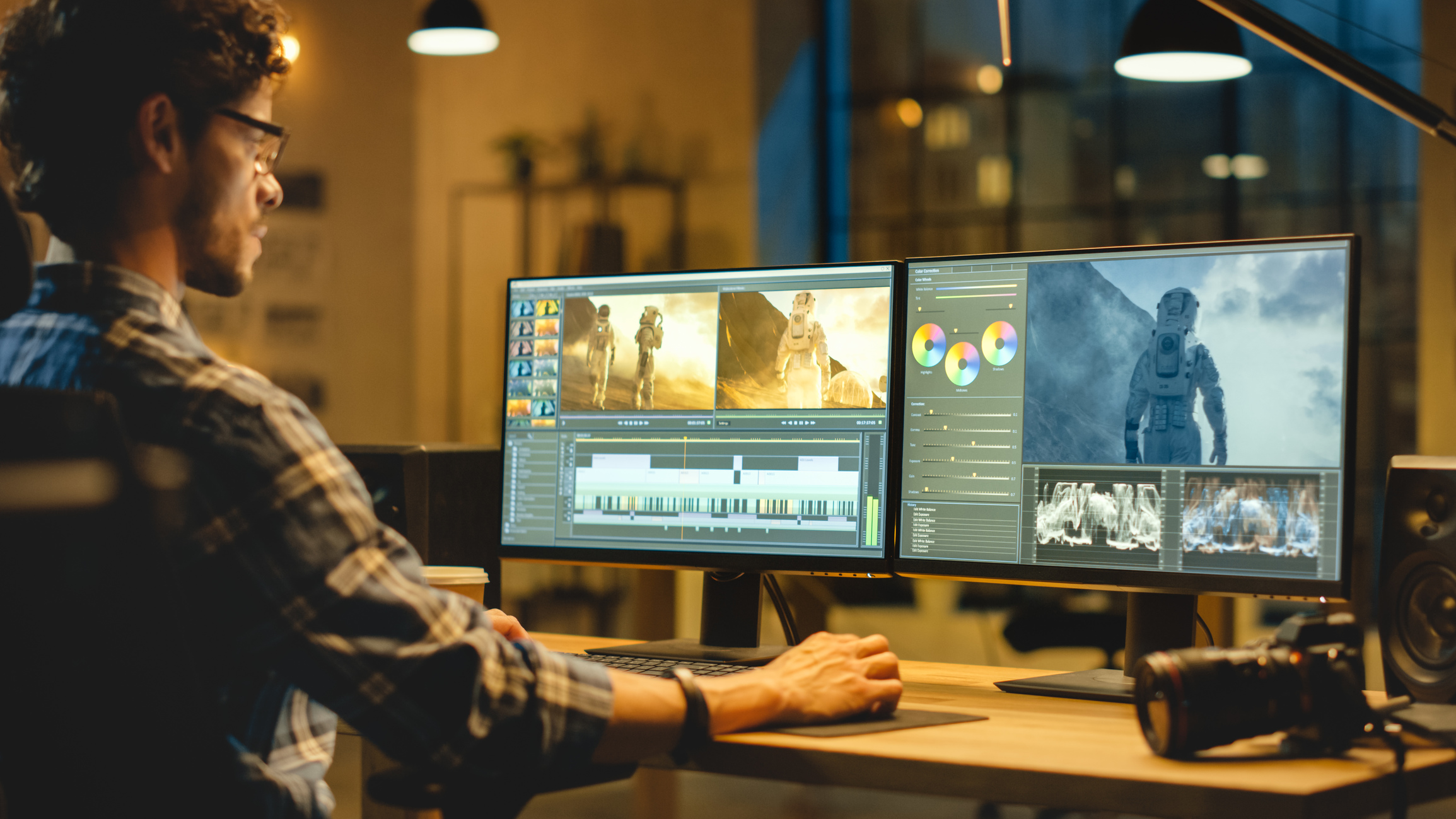 Photo editing doesn’t typically benefit from workstation PCs in the same way as video editing does, as popular applications like Adobe Photoshop still don’t use more than a handful of simultaneous cores. However, photo editing applications aren’t the only tools in a photographer’s wheelhouse. Other applications, like Lightroom, can really make us of workstations in some of the passive tasks, like high-resolution photo exporting. Some tests have shown a near-linear scaling of performance in core counts, meaning if you regularly export large photo libraries from Lightroom, you may be able to massively speed up the process with a high core count CPU.

The new Micro Center professional workstations come with a choice of Intel Xeon and AMD Threadripper Pro processors, with core counts ranging from 16 all the way up to 32 – far more than the more mainstream consumer CPUs currently offer.

The best way to take advantage of all that processing power when moving large collections of photos around is with high-speed storage. The NVMe drives found in all professional Micro Center workstations are at the cutting edge of SSD performance, ensuring as little downtime as possible when transferring even masses of data to or from the system. That, combined with massive, multi-terabyte arrays of backup hard drive storage, means you can store all the images you need for later editing.

Need even more storage? The professional processors in these workstations give you all the PCI-Express lanes you need for additional NVMe storage or even the addition of higher-speed network cards for an alternative method of photo transfer between connected systems.

Give Sciences All the Threads They Need 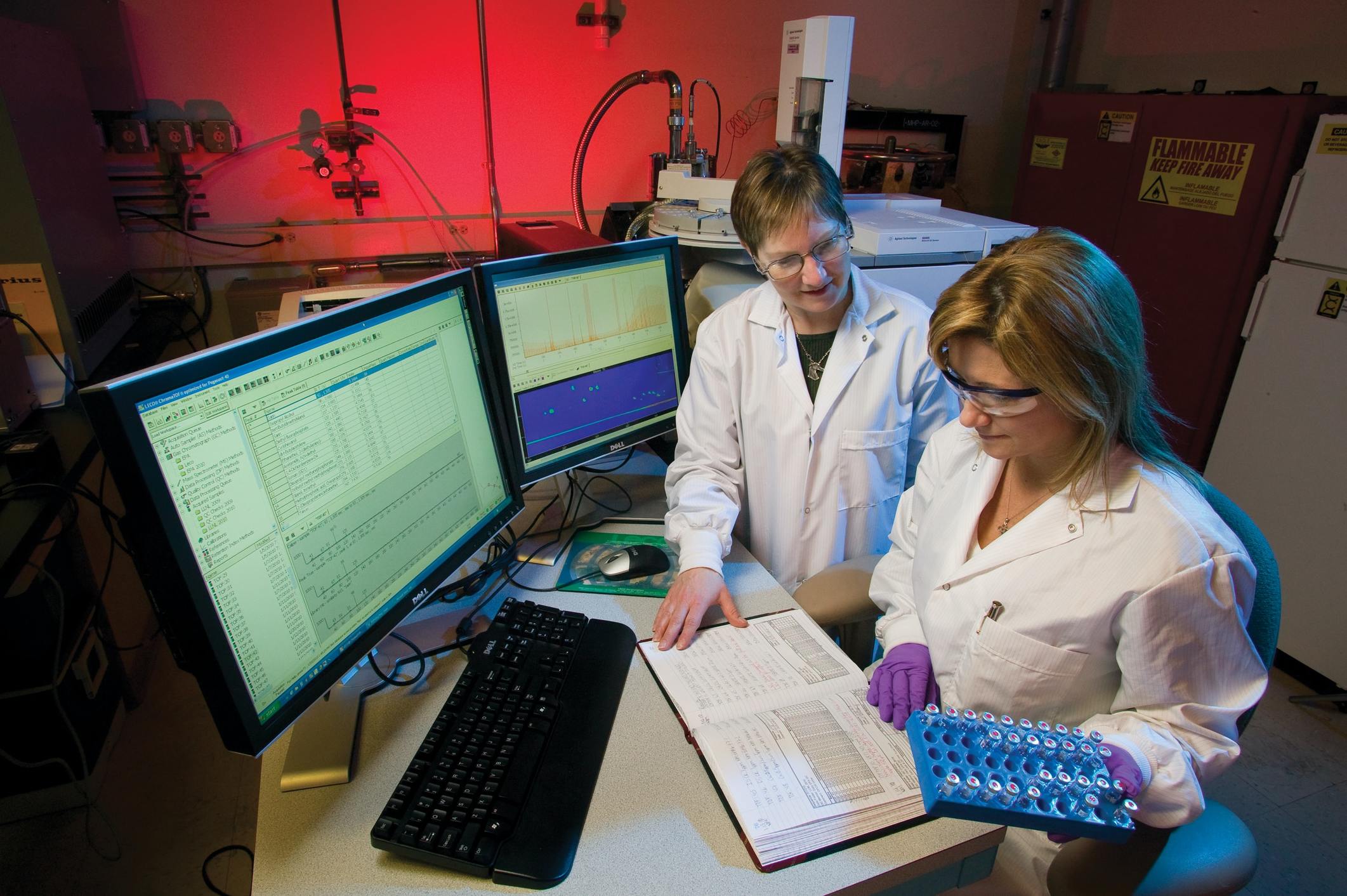 When you need to run hundreds, thousands, or even millions of calculations, the one thing you can never have enough of is additional processor threads. While it would be nice to co-opt the world’s supercomputers to crunch the numbers, that’s outside of the price range of most scientific endeavors. Fortunately, Intel and AMD have brought some of that supercomputing power into the professional workstation with their latest Xeon, and Threadripper Pro CPUs.

With support for up to 24 or 32 cores, respectively, and double that in simultaneous threads, these processors are absolute monsters when it comes to churning through scientific calculations. If your application has great potential for parallel scaling, then these CPUs can make an enormous difference in how fast it can run. That can be especially true for software that doesn’t play well with dual-socket systems, as each of these Micro Center workstations features a singular, powerful, multi-core CPU. That cuts down on the latency problems of more traditional multi-CPU workstations, enabling unprecedented performance in applications that can best take advantage of it.

Another big advantage of these sorts of professional workstations is that they support eight-channel memory. That, combined with the support for high-speed DDR4, means you can net a staggering memory bandwidth. That not only ensures that the CPUs are consistently and speedily fed all the data they need, but that with their high 128GB capacities, they have no problem dealing with extremely large datasets.

Combined with a large array of high-speed SSD storage options, and multiple terabytes of backup hard drive space, these workstations make for excellent professional PCs for dealing with scientific modeling that would bring even some of the best mainstream computers to their knees.

Whatever kind of Workstation you’re looking for, Micro Center has stock of them and they’re available right away in-store now. Reserve yours and it’ll be waiting for you in minutes, ensuring that when you make the decision to upgrade your professional machine, you’ll be able to benefit immediately from the supreme power and speed offered by a powerful workstation computer.