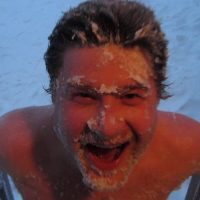 Part of me wants to really wring out the capabilities of the i9-11xxx/Z590 chipset pairing with something like an ASUS MAXIMUS XIII Hero or Extreme with a new case, liquid cooling, and the works.

A more sensible part of me wants to make use of a Nanoxia Deep Silence 4 case I already have on hand; it's a great, quiet case but only fits an mATX board. The drive bays in the case are configurable enough to make room for the 3080 card, so that's not an issue. However there's a limited selection of mATX boards supporting the Z590 chipset. If I'm sticking with ASUS the Prime Z590M-PLUS seems like the best bet. However, the board layout diagram for that board (see attached) shows the PCIe 4.0 slot backing up right to the bottom of the RAM slots (red rectangle in attached is my best guess at the physical limits of the graphics card once installed).

I'm also looking at some higher-speed RAM (4400 MHz) which this board supports via overclocking. So that might be an additional heat / airflow issue to consider.

So, my question: Anyone else have this board who can attest to how well it works with a larger graphics card in a somewhat compact build? Is it as stupidly close to the RAM slots as it looks like it's going to be in the diagram? Any other comments/suggestions? Money's not a huge issue but I'm trying to keep it reasonable here. Mainly don't want to create any major bottlenecks that I'll regret later. Thx!