What is the Platinum Collection: MSI 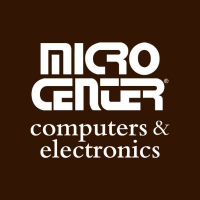 Whether you’re a high-speed esports gamer or someone who enjoys the more single-player-focused AAA and narrative games, you want a gaming PC or laptop that gives you great performance so you can enjoy them to their fullest. Building your own PC is one way to get that, but it can feel a little daunting. So can searching through the many hundreds of similar-looking and sounding gaming laptops and PCs available.

That’s why Micro Center created the Platinum Collection. It’s a range of PCs and laptops that you can rest assured are built with quality components, by quality brands. They’ll not only give you great performance in whatever task you set them, but they can guarantee great build quality, solid features, robust warranties, and just as important, a competitive price.

If you’re looking for a new gaming laptop or desktop PC, then consider a Platinum Collection system. It takes the stress and confusion out of picking your next upgrade. 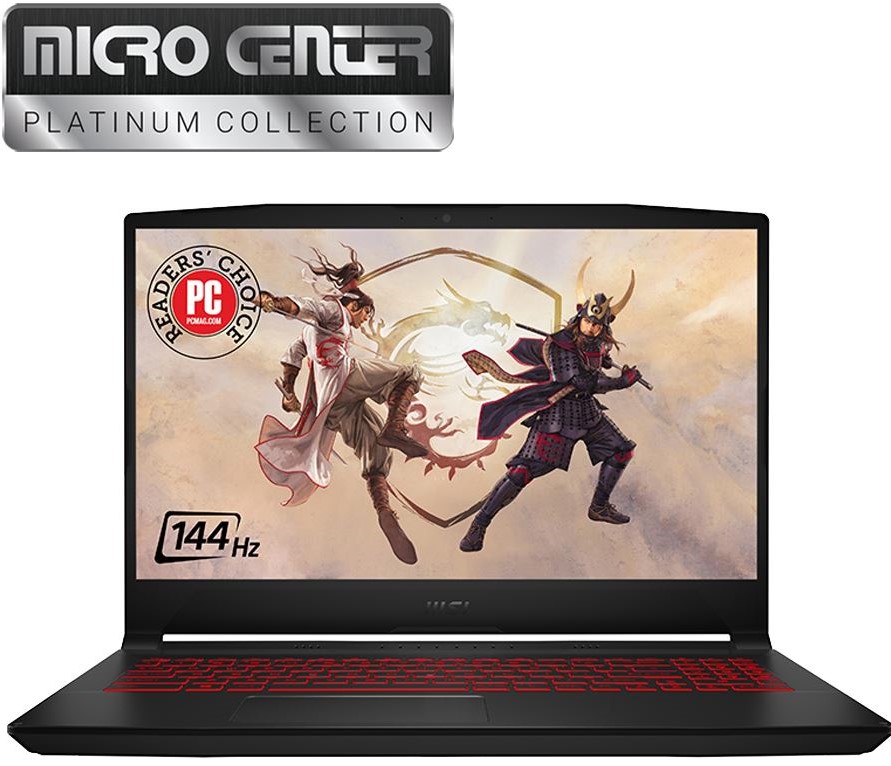 One of the best examples of Platinum Collection hardware today is the MSI Katana GF66. It’s a gaming laptop fitted with the latest generation components from the top manufacturers all packed inside a sturdy chassis. It’s also extremely cost competitive with its contemporaries, making it an excellent choice for an entry level gaming laptop.

The MSI Katana GF66 has, at its heart, the Intel Core i7 11800H. That’s an eight-core processor that supports up to 16 simultaneous threads, and has a maximum boost speed of 4.6GHz. It’s blazing fast, and offers amazing performance whether you’re gaming, browsing the web, or transcoding video.

It’s paired with Nvidia’s RTX 3050 Ti graphics chip, a serious upgrade over its predecessor and one of the best entry-level gaming GPUs you’ll find in gaming laptops today. It gives you more than enough graphical power to run any esports game at high frame rates, but it’s also capable of handling higher-fidelity games like Borderlands 3, or Horizon: Zero Dawn without much difficulty. You might not always get a consistent 60 FPS, but if you play around with the settings, it should be more than capable of delivering solid, smooth frame rates at 1080p.

That’s good, because the display in this laptop isn’t just 1080p, it has a 144Hz refresh rate, so if you’re playing at 60 FPS and above, you’ll be able to really enjoy the additional smoothness in animation and fluidity of gameplay at higher frame rates. That helps improve input lag and responsiveness in esports games too, helping you stay competitive.

Battery life for this laptop, like most entry-level gaming laptops, lasts a couple of hours at a time, so you’ll want to stay relatively near a power socket when gaming, but it’s enough to get you through a train journey or short stint in an airport terminal in a pinch. 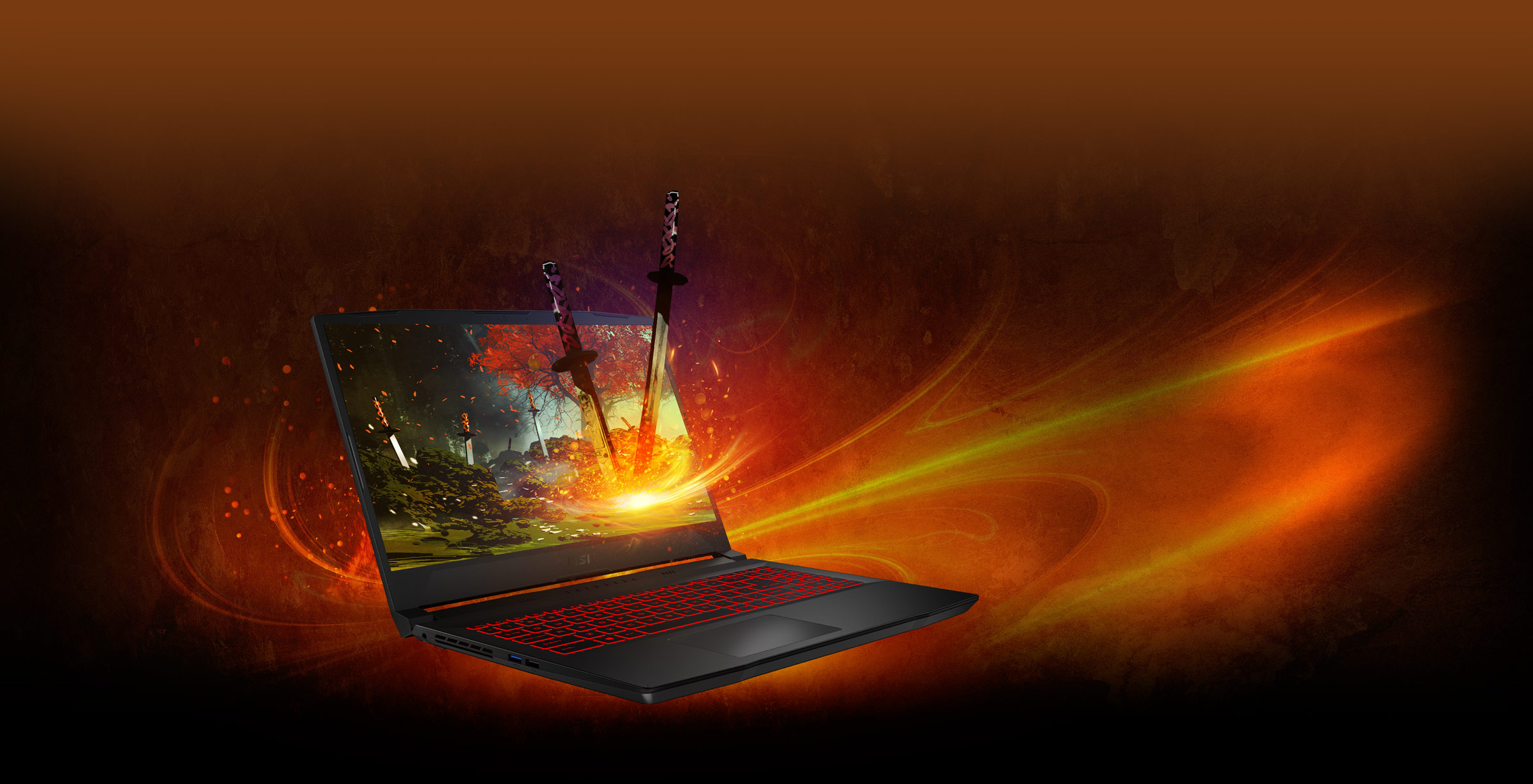 If you need a little more graphical power, then the MSI Katana GF66 is also available with the higher-end Nvidia RTX 3060 graphics chip, too. This GF66 11UE model has the same Intel Core i7-11800H eight core processor and 16GB of high-speed DDR4-3200 memory, but the RTX 3060 gives it that bit more GPU processing power. That helps it deliver higher frame rates, handle extra detail, and take better advantage of both ray tracing and deep learning super sampling.

It’s game dependent, with some showing a more notable difference in power than others, but you can expect on average between a 10 and 20% performance uplift from the RTX 3060 versus the 3050 Ti. That’s most notable at higher detail settings, where the extra CUDA cores of the RTX 3060 can really get to work.

There are some games, however, like Assassin’s Creed Valhalla, and Cyberpunk 2077, where the difference can be far more stark. In those cases, the RTX 3060 can be almost 100% faster. If you have a particular game in mind you want to play with your next gaming laptop, it’s a good idea to see if it’s one of the titles where the RTX 3060 is significantly faster, as it may well be worth spending that bit more to get a much more capable gaming laptop in some cases.

That’s going to be especially true if you want to play games with ray tracing. While there is only a single step on the performance rankings between these two cards, the RTX 3050 Ti mobile GPU has just 20 RT cores, while the RTX 3060 mobile has 30. That’s an enormous increase in ray tracing performance potential, and it shows in benchmarks where the RTX 3050 Ti struggles to hit playable frame rates outside of low settings in games like Control. In comparison, the RTX 3060 has a much easier time maintaining 30-60 FPS in games with ray tracing enabled at various different detail settings.

That’s partly down to the RT cores, but it’s also partly to do with the Tensor cores. Those are what enable Nvidia’s deep learning super sampling (DLSS); that machine learning-driven upscaling technology is all but mandatory in higher fidelity games with ray tracing enabled. The RTX 3060 just does a better job of handling these higher detail games than its lower-end counterpart.

If you want to play prettier games with settings like ray tracing enabled, the MSI Katana GF66 11UE is well worth considering for that little extra graphical grunt. 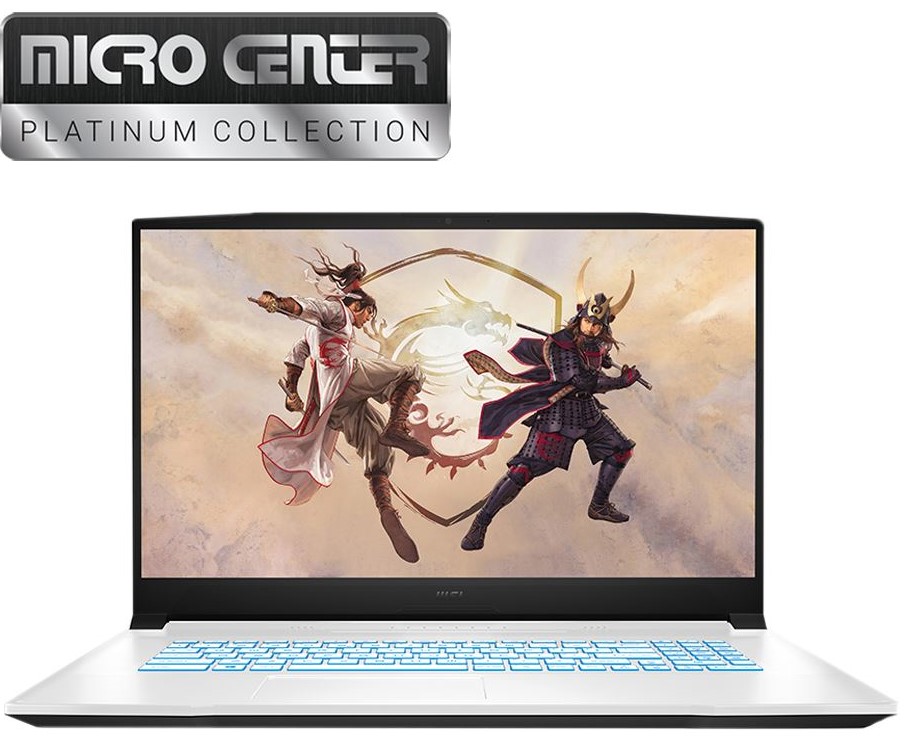 If you prefer to do your gaming in a relatively static location, but still want the portability of a gaming laptop, then you might want to opt for something with a larger screen. MSI has a great option for that in the Platinum Collection: the Sword 17. This MSI gaming laptop features the same internal hardware as the Katana GF66, but with a bigger display that can aid immersion in any game. It can also make it easier to see your opponents, lending you an extra level of competitiveness that just isn’t possible on smaller laptops.

That larger screen is powered by the same Intel Core i7-11800H and Nvidia RTX 3050 Ti as the Katana GF66 11UD, giving it great entry-level gaming ability at 1080p. That’s enough power to drive high frame rates in esports and older AAA games with ease, which you can take full advantage of thanks to this laptop’s 144Hz display. When you get over 100 FPS, games look much more fluid, and feel more responsive, making it well worth buying a gaming PC that has enough power to hit such frame rates if you’re playing faster paced games. That’s especially true in competitive games, where a higher frame rate and refresh rate can improve input lag, making you respond faster in turn.

Another advantage of the larger chassis on the MSI Sword is that it has the space for an HDMI output. That’s perfect if you want to occasionally play on a larger external display, as you can simply hook your MSI gaming laptop up to the bigger screen to take advantage of an even larger, or better monitor.

The extra physical size of the sword does mean that it’s a bit heavier too, but only by half a pound. A five-pound laptop isn’t particularly svelte by modern standards, but there are few gaming laptops that are both light and powerful, especially at this kind of affordable price.

One other reason you might want to opt for the MSI Sword 17 is its unique look. Where the MSI Katana GF66 laptops are quite understated and don’t stand out much, the MSI Sword 17 really makes its mark with its stark white and black paint job. The inside of the keyboard, and the outside of the lid are both white, while the monitor bezels and underside of the main body are black, giving it a great looking two-tone paint job that is really accented by the keyboard backlighting.

Like the other MSI gaming laptops in the Micro Center Platinum Collection, this model also enjoys support for Wi-Fi 5 and 6, and a Gigabit Ethernet port, for fast network connections. USB-A and USB-C ports also make it a cinch to connect all your most important external accessories and controllers, so you can game the way you want on your new portable gaming PC.