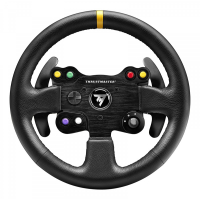 Get ready to shift into high gear with the best sim racing equipment for 2021!

Since the COVID-19 pandemic started, many online events have come to light for the general public. A major one is Racing Simulation or Sim Racing. It’s taken the online world by storm as virtual Grand Prixs and other races featuring real drivers from Formula 1, NASCAR, and other forms of motorsports have gained media attention and continue to thrive despite IRL, or In Real Life, Racing mainly running again in 2021.

From NASCAR to Formula 1 to off-road racing, these simulators can provide you the opportunity to virtually drive your favorite vehicles against other drivers on famous tracks like Daytona, Indianapolis, and even Monaco.

First, we’ll break down some of the popular racing sims/games and then go over some hardware recommendations you’ll want to look into getting. Take note that racing sim can be a hefty investment but for me personally, I look at it this way: take whatever amount you spend, and if you hit half that number in hours racing, then I say you’ve gotten your money's worth, and even more so if you’re having fun doing it the entire way! IE - I spend $250 on a racing wheel. If I get 125 hrs. of racing in from various racing titles, I say I've gotten more than my money's worth.

NOTE: This guide’s hardware recommendations are for sim racing equipment/peripherals only with the assumption that you already have a computer (or gaming console) that can play the racing sim/games of your choice.