January 4 edited January 28 in Past News and Updates

Miss NVIDIA’s CES 2022 presentation? No worries – we’ve got everything you need to know right here. 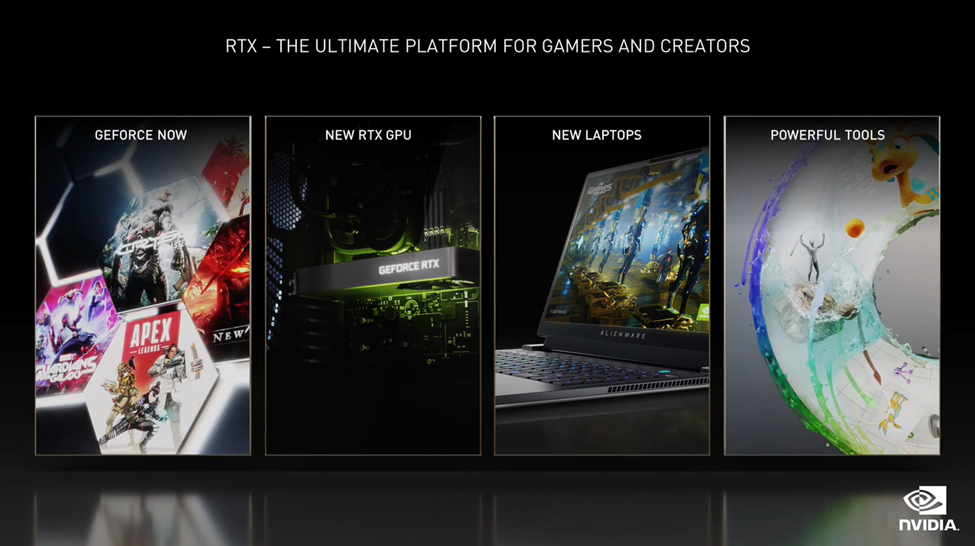 The big focus for home computing this year was NVIDIA’s RTX program, covering everything from GeForce to Creators to Gaming. Let’s break that down: 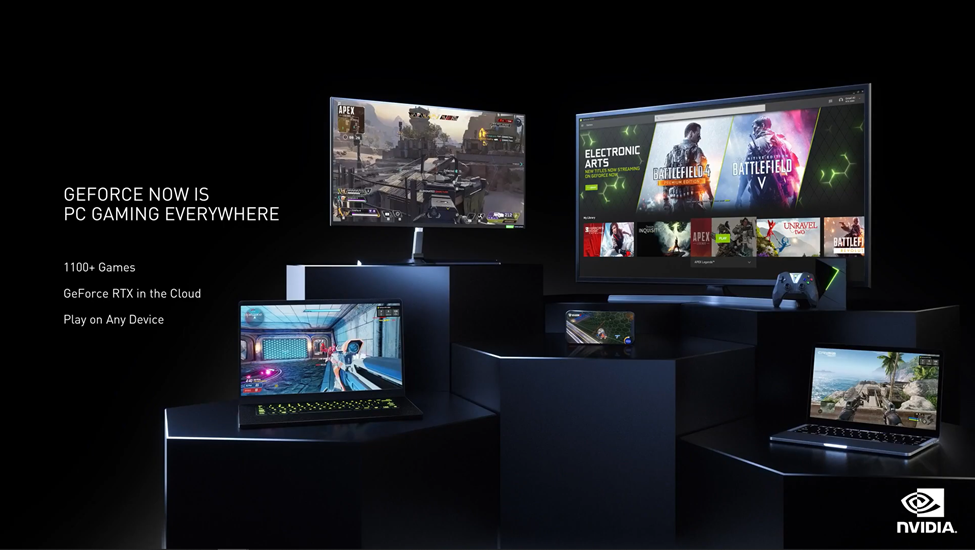 GeForce Now, NVIDIA's streaming service, is constantly expanding and growing. With 1100+ games (including, starting today, Battlefield 4 and Battlefield V!) NVIDIA is committed to making gaming possible no matter your system. Whether you're gaming on your phone, or just away from your main rig, GeForce now will stream you your games. 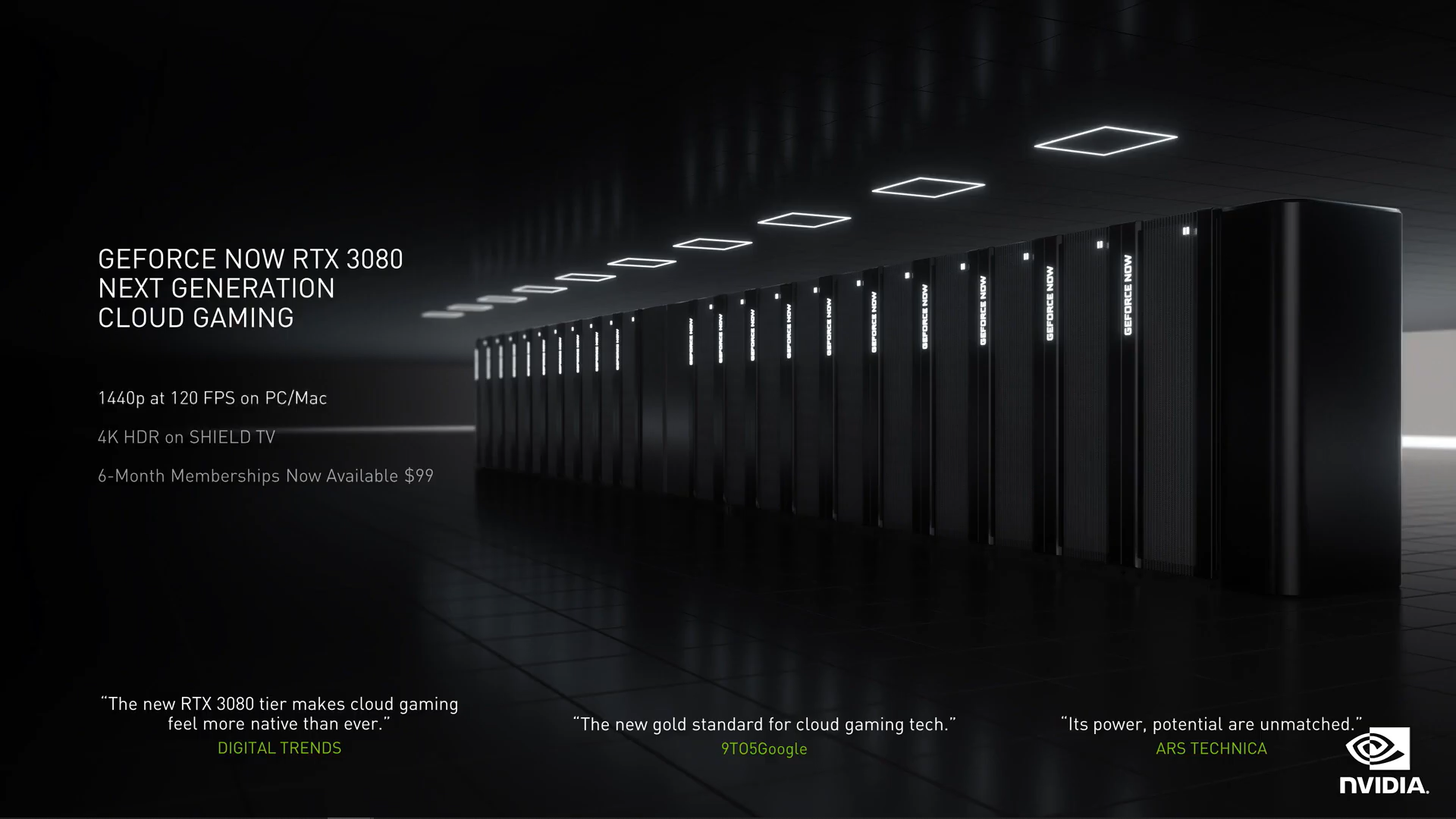 If you're looking for even more power in your cloud gaming, the brand new RTX 3080 cloud streaming service offers 1440p, 120 FPS streaming on PC/Mac and 4k HDR on SHIELD TV. No more downloading massive games to your hard drive - launch from the cloud and play with peak performance now!

While two new GPUs were revealed today, we only got a really good look at the brand new GeForce RTX 3050: 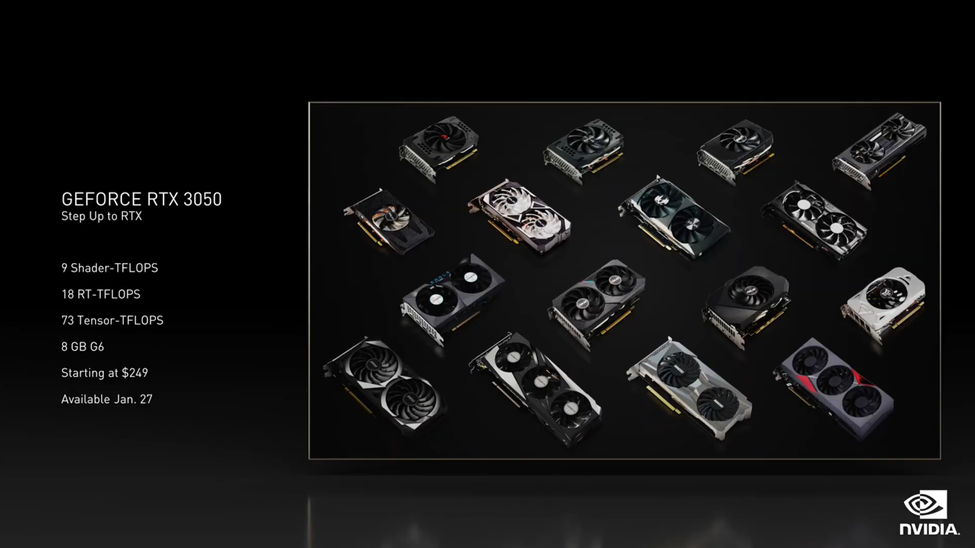 The new GeForce RTX 3050 is scheduled for release on January 27th, starting at only $249. Featuring 8GB of DDRG6 RAM, the RTX 3050 is the new budget card from NVIDIA. With absolutely stellar performance over their past XX50 series cards and the first to support Ray Tracing, the 3050 is going to be the go-to for budget builds for a while to come. 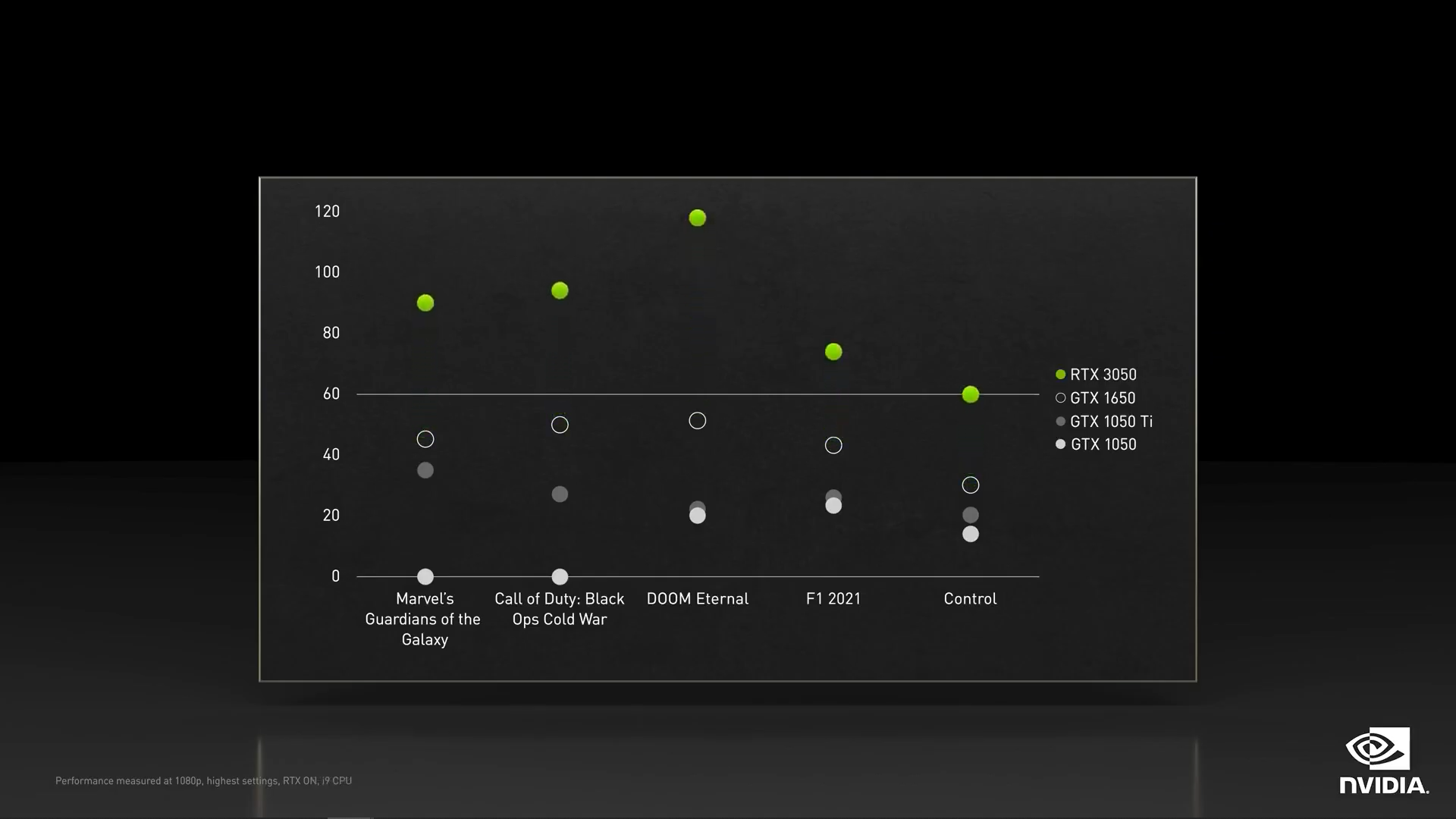 NVIDIA also officially announced the 3090 Ti today but didn't provide any in-depth information yet. As they said, tune in later this month for more information. What we do know is what it looks like: 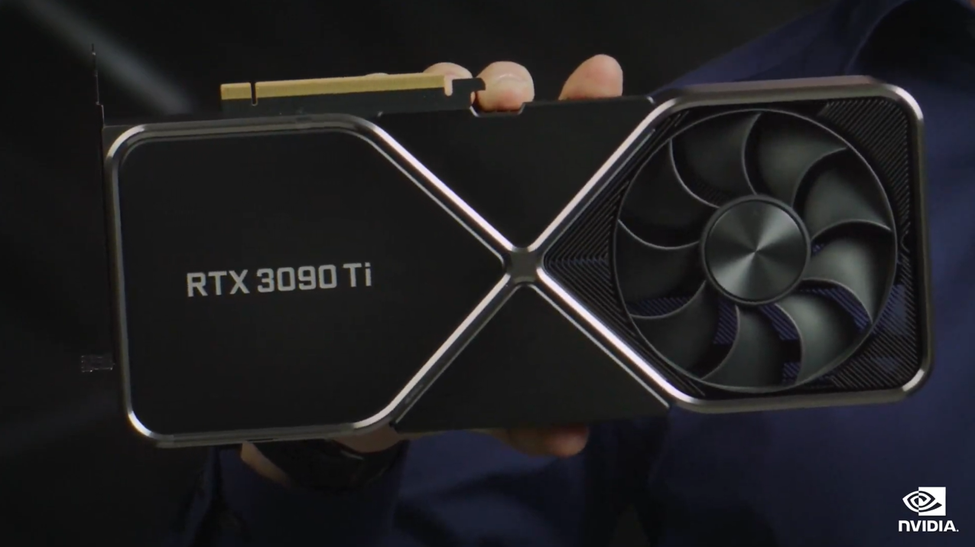 And some high-level features:

Keep your eyes peeled on NVIDIA's Twitter for more, and we'll be sure to keep everyone posted as we learn more!

If you're looking to pick up a new gaming laptop soon, NVIDIA has good news for you with over 160 new laptops announced, featuring the new laptop-based GeForce RTX 3080 Ti and 3070 Ti. 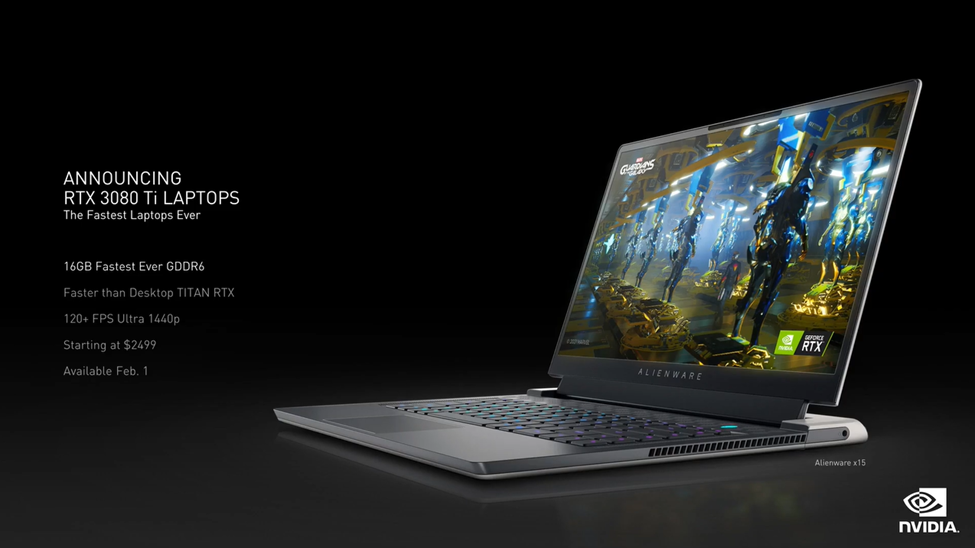 These brand-new laptops will be coming in all manner of styles, including dual screens, easels, and convertibles, all powered by NVIDIA's 30 series GPUs. 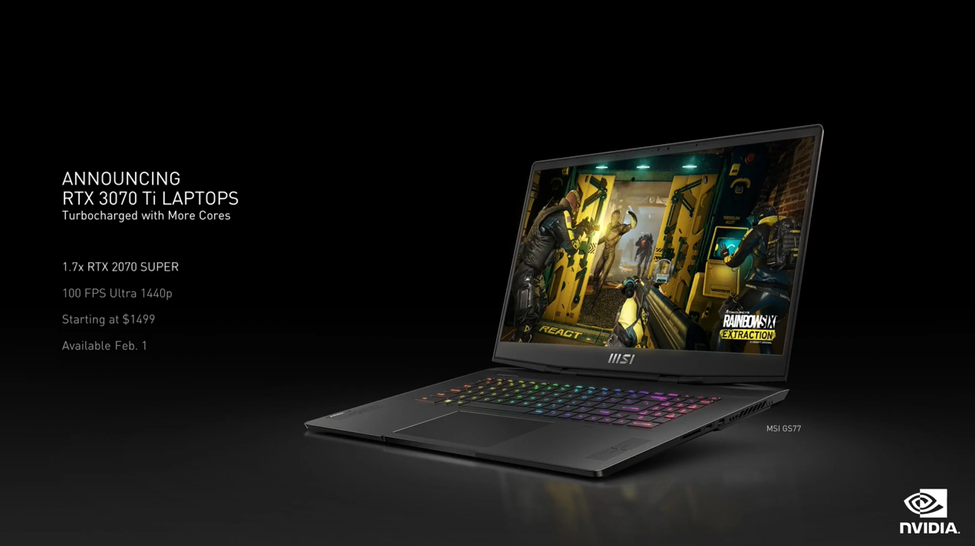 Keep an eye out, as these will be launching February 1st.

And, if you're a creator, a new wave of NVIDIA Studio Laptops are also coming your way:

And speaking of creator tools....

NVIDIA Omniverse has officially left beta today, and offers a ton of fantastic features to creators, including simultaneous collaboration, no matter where you are.

Rather than the traditional import-export-import cycle of most traditional 3D art projects, as you cycle between programs, NVIDIA Omniverse combines it all into a single platform, minimizing rendertimes and maximizing workflow. 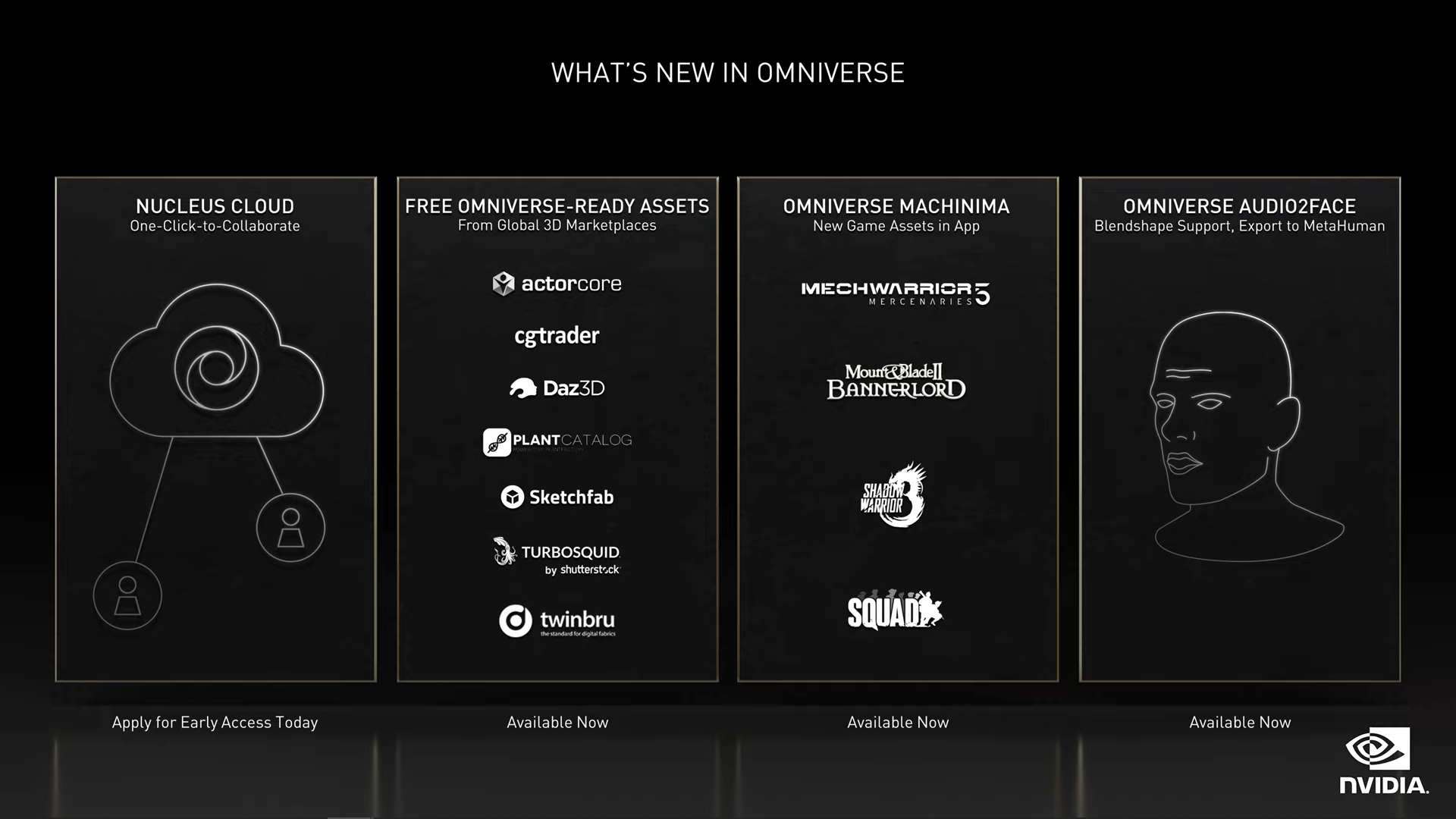 The Future of Esports Monitors

Lastly, we have this incredible new monitor from NVIDIA, which offers full 1440p resolutions and supports up to 360Hz at a whopping 27". 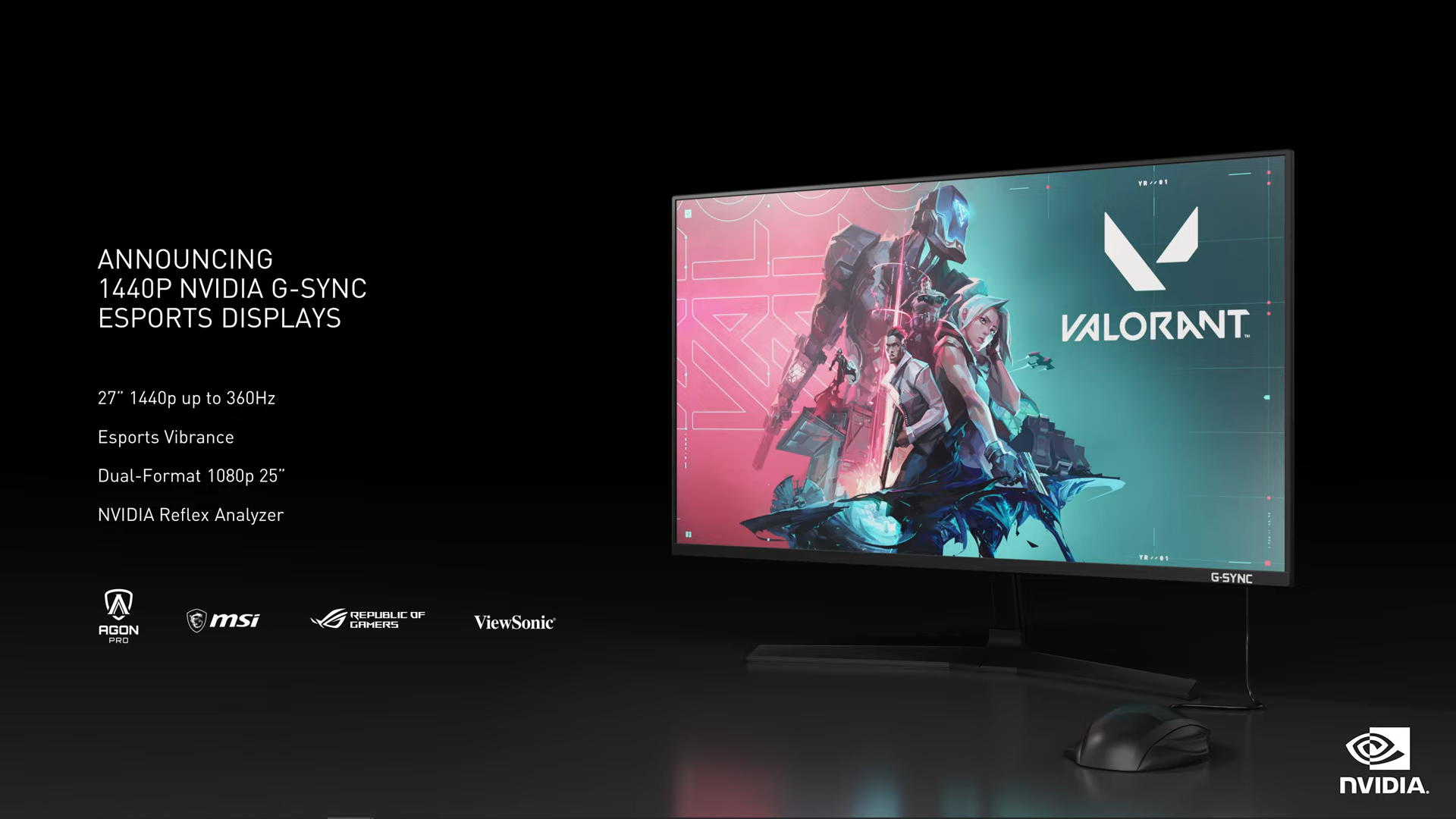 If you'd rather stick with traditional 180p, however, it can quickly transition from the full 27" 1440p 360Hz monitor to a 25" 1080p monitor, so you can still maximize your frames, no matter the game.

And that's it for NVIDIA at CES today! We've got another recap of AMD's presentation over here, and be sure to check back the rest of the week as we recap the biggest news from CES 2022!