2022 was a banner year for PC parts. Intel and AMD both released impressive new processors, while AMD and NVIDIA both dropped the next generation of graphics cards. And, of course, Intel entered the GPU arena with their Arc graphics cards. With the year wrapping up, we thought it would be fun to design two builds, mixing and matching some of the biggest PC parts from this year to create two absolute monster setups for gaming, working, or just browsing the internet! 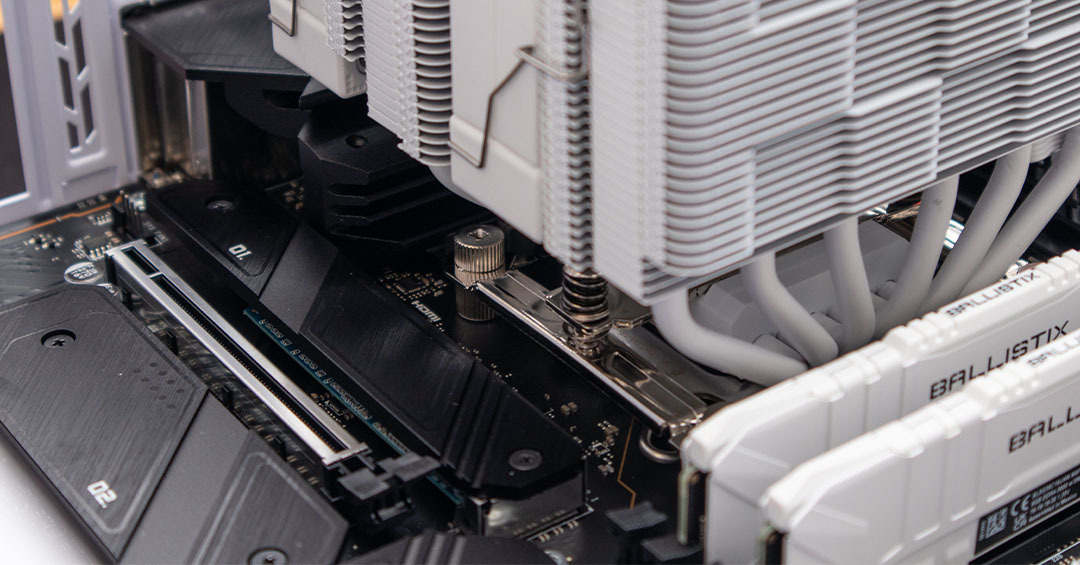 Intel launched their 13th Gen Raptor Lake processors back in October with updated Performance- and Efficiency-Cores, as well as an overhauled overclocking experience. We got to benchmark the top-of-the-line Core i9-13900K and it absolutely lived up to the hype, putting up incredible scores in all our tests.

While Intel's 13th Gen processors are backward compatible with DDR4, if you want to get the most out of them you absolutely need a board that supports DDR5. The Maximus Hero does that and so much more with PCIe 5.0 and WiFi 6E support, advanced cooling, and customizable RGB.

When the NVIDIA GeForce RTX 4090 dropped in October, it absolutely blew our minds with killer ray tracing performance, incredible frame rates, and fully stable 8K gaming. The MSI SUPRIM version of the card is liquid-cooled, so you can push this already impressive card even further.

DDR5 is a must-have if you're building the best PC you can and Corsair's Dominator Platinum line of RAM is a staple in high-end builds for a reason. With a 5200MHz speed, this is blazing fast even by DDR5 standards. It's also a massive 64GB of RAM in just two sticks, so you can add more if you need it.

If we're building for the best, we're completely skipping the old HDD. They're still great for backup storage and have a lot of uses, but when we're working for speed, that traditional HDD is going to slow us down. With 8TB of storage, you can fit a complete Steam Library on this NVMe and still have room left over for work!

There is a lot of power in this build. So while the Corsair HX1200 may be a little bit overkill, it's definitely worth springing for just so you're covered if you decided to add more parts or upgrade! And it's fully modular, which is absolutely a must-have for a build of this quality. You don't want your ultra-powered build to look messy, do you?

We saw a lot of the HYTE Y60 on our Build Showcase this year and for good reason: it's an absolutely gorgeous, unique case and incredibly eye-catching. The exact type of case that a build of this caliber deserves! (By the way - did you know that if you submit a build to our Build Showcase, we'll send you a $25 coupon upon approval? It's true!)

In September, AMD released their new set of processors and showed just how big of a leap this generation is. Built on the new AM5 socket, 7000 Series CPUs are the first AMD chip to support DDR5 and PCIe 5.0. The Ryzen 9 7950X even beat the Threadripper in out-of-the-box performance!

The ASUS x670E-A isn't just a great motherboard to look at, it's also equipped with all the latest tech to make sure you're getting the most out of your Ryzen 9 7950X, like DDR5, PCIe 5.0, and WiFi 6E. It's also got a lot of fantastic quality-of-life features, like a PCIe quick-release button, CLR CMOS button, and BIOS flashback.

Arriving just this month, the Radeon RX 7000 Series of GPUs ended 2022 on an incredibly high note. The Radeon RX 7900 XTX showcases just how much AMD worked on the efficiency of their cards as it delivers killer 4K performance in a budget-friendly package.

TeamGroup is another RAM staple for high-end machines. They're lightning-quick and look right at home in any machine, thanks to well-designed aesthetics and a beautiful RBG light along the top. 32GB is a lot of RAM, but there's always room for more if you need it!

We could copy and paste what we said about the Inland NVMe above, but we're not going to because it's that good and deserves representation of that level. 8TB of storage is a lot of room for everything you need and the read/write speeds (up to 7000MBps/58--MBps!) will make it feel like every file has its own dedicated storage.

You absolutely do not want to undervolt a build this nice. It would be heartbreaking to put the whole thing together, turn it on, and realize that you don't have enough power to game efficiently. Skip the heartache and go with the MSI MPG 1000-watt power supply.

Why put together a build this nice and then not show it off? The Thermaltake Core P6 is almost fully open air so you won't have a single component hidden behind a solid box. Let the whole world see your ultra-powerful, clean, white gaming PC!