Hi everyone! My name is Nick Biederman, and I’m the Maker Apprentice at Micro Center this summer. I’ve spent the last few days working with our Dual Fight Stick with Track Ball. One of the best parts is the broad compatibility. It works great with emulators on a number of systems, including Raspberry Pis and PCs and other hardware like the PlayStation 3. However, this broad compatibility means some configuration is needed to get the controller to work properly with each system. The instructions and screenshots below are from RetroArch on Windows 10, but the general idea is the same for most emulators and operating systems. If you're using a PlayStation or XBOX the controller is plug an play, but there's minimal support for the trackball on consoles.

When you first plug in the controller most emulators will try to automatically configure the controller. RetroArch did pretty well for me, but I wanted to reverse the start and select buttons. I decided to remap all my controls just to be sure I knew which buttons were which. From the RetroArch home screen, scroll to “Settings” and select “Input”. 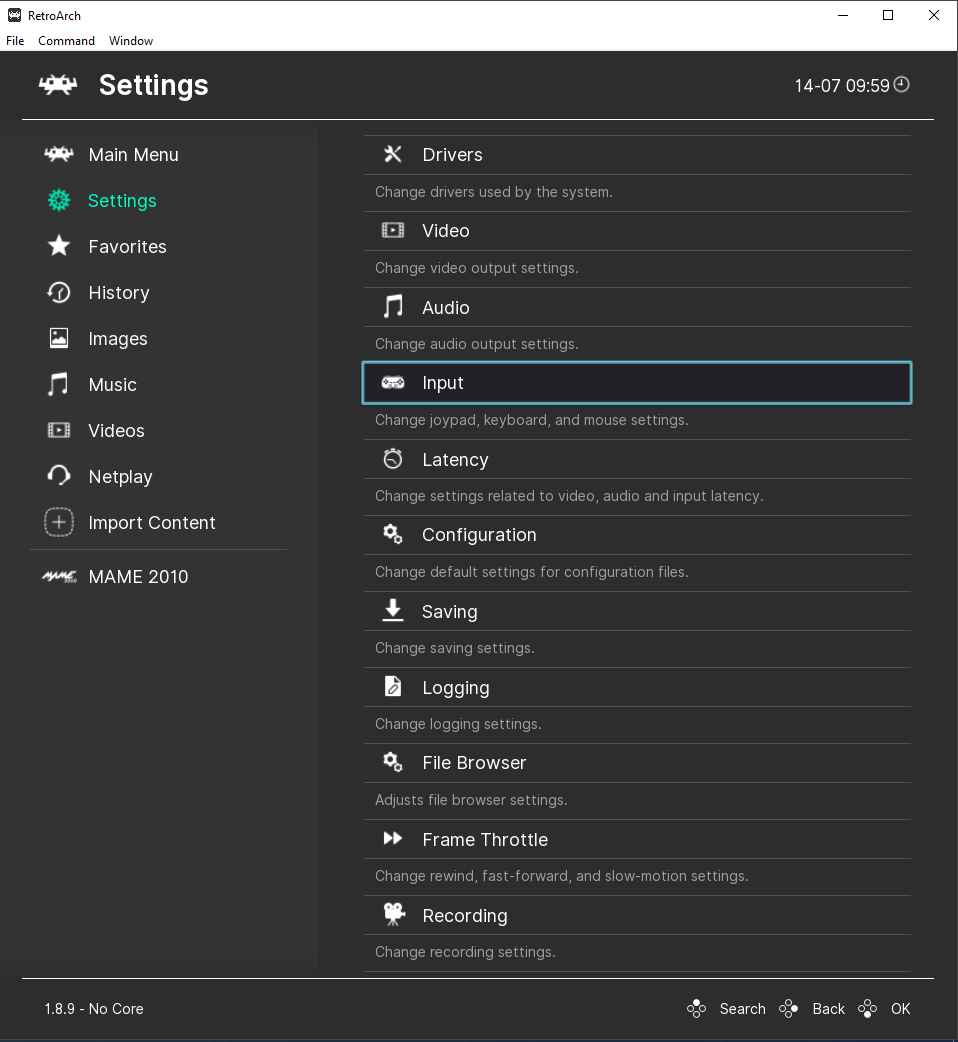 Towards the bottom of the page you should see a set of “Port Controls”.

Select “Port 1 controls” then select “Set All Controls” (or “Bind All”, depending on the operating system you’re using). This will open a series of pop ups that will let you set the controls you want to use. Press the button or push the joystick in the direction listed. If you want to skip a control, wait for it to time out and move on to the next control. Repeat this for each controller. The Fight Stick acts as 2 controllers, so I had to repeat the mapping for the second joystick and set of buttons.

The next setting we need to look at is the mouse index. If your track ball is connected but not working in games that supports a trackball, this setting is probably your problem. The trackball is seen by your computer as a mouse. Each mouse connected to your computer has an index associated with it. We need to tell the emulator which mouse index to listen to. This setting defaults to 0 in RetroArch, so try setting it to something else if the trackball isn’t working. From my testing it seems 0 and 1 tend to work with RetroArch on Windows 10, and 0 and 2 tend to work with RetroArch on RetroPie. This might vary depending on your set up, so try some different settings if it doesn’t work. Also, keep in mind mouse indexes can change based on the order devices were connected, so if you unplug the trackball, plug in another mouse, and plug the trackball back in you’ll probably need to change this setting again.

Properly configuring your controller will fix most issues you may encounter with the Dual Fight Stick and trackball. However, some games and emulators aren’t compatible with trackballs or spinners. If you’re unable to get your trackball working in a particular game, try loading up something that’s known to work. If the trackball works with a known game and emulator the issue is most likely with the game, not the hardware or configuration. Sometimes a device will recognize the trackball, but not as a valid controller for games. For example, you can use the trackball to scroll through menus on a PlayStation 3 but none of the games I tested used the trackball as an input. In general, if you can use a mouse for input you'll be able to use a trackball.

Hopefully this is helpful for anyone who is having issues getting their Fight Stick or trackball working properly. Feel free to post any questions you may have and I'll do my best to help!