Intel has just released its latest generation of desktop processors, and we’ve got to spend some time with the 11700K! Intel formally announced the 11th Gen Desktop Processors on March 16th. They shared information about new features added to 11th Gen processors, such as integrated USB 3.2 Gen 2x2 and new UHD graphics featuring the latest Intel Xe architecture. Other welcome additions to the 11th Gen CPUs is the inclusion of 20 CPU PCIe 4.0 lanes, as well as the Intel Advanced Vector Extensions 512, also known as AVX-512. AVX-512 is a set of instructions that can accelerate performance for tasks such as scientific simulations, financial analytics, AI / deep learning, 3D modeling and analysis, image and audio/video processing, and more. 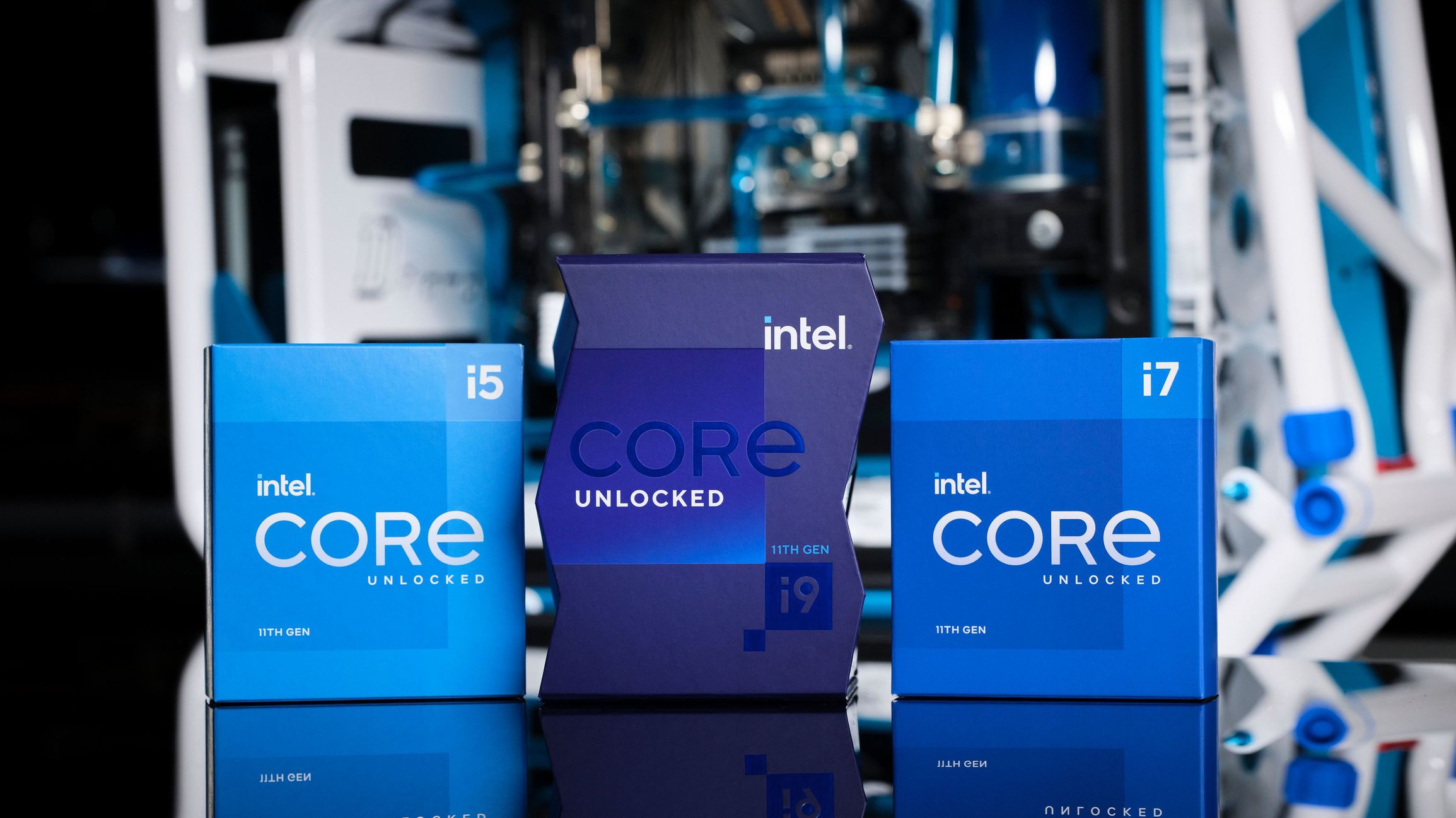 For our testbench, we’re using an open-air system with the following specs.

Now that we’ve covered the specs of our test bench, let’s talk about our testing methodology. We’ve included several synthetic tests using Aida64 Engineer and Cinebench R23. We’ve also included a few in-game benchmarks. Since this is a test focused on CPU performance, we’re testing these titles at 1080p. Running tests on lower graphical settings puts the workload on the CPU and game’s efficiency, rather than bringing a third possible variable (the GPU) into the mix.

Lastly, we did want to mention that while using 11700K and the Z490 board, the system would not POST when we enabled XMP. We were able to POST when running at speeds of 3200 MHz. This difference in RAM clock speeds and timings does impact the results of our benchmarks. To be clear, we are using the same physical memory, but we were required to reduce the memory’s clock speed for the system to post. Since we are testing the 11700K before its release, this may be corrected with a more stable BIOS or other updates delivered upon or before release, but we wanted to be transparent in sharing our results.

We’re testing the capabilities of the 11700K on both the Z490 and the Z590 chipsets. Since this is the first benchmark of an Intel CPU that we’ve done, we’re also going to be comparing it against the 10700K. Because the 10700K and the 11700K are compatible with both of these chipsets, we’ve tested each possible combination of these systems. So be prepared for quite a few results! We’ve found some interesting developments in our benchmarks, and we’re excited to share them with you. 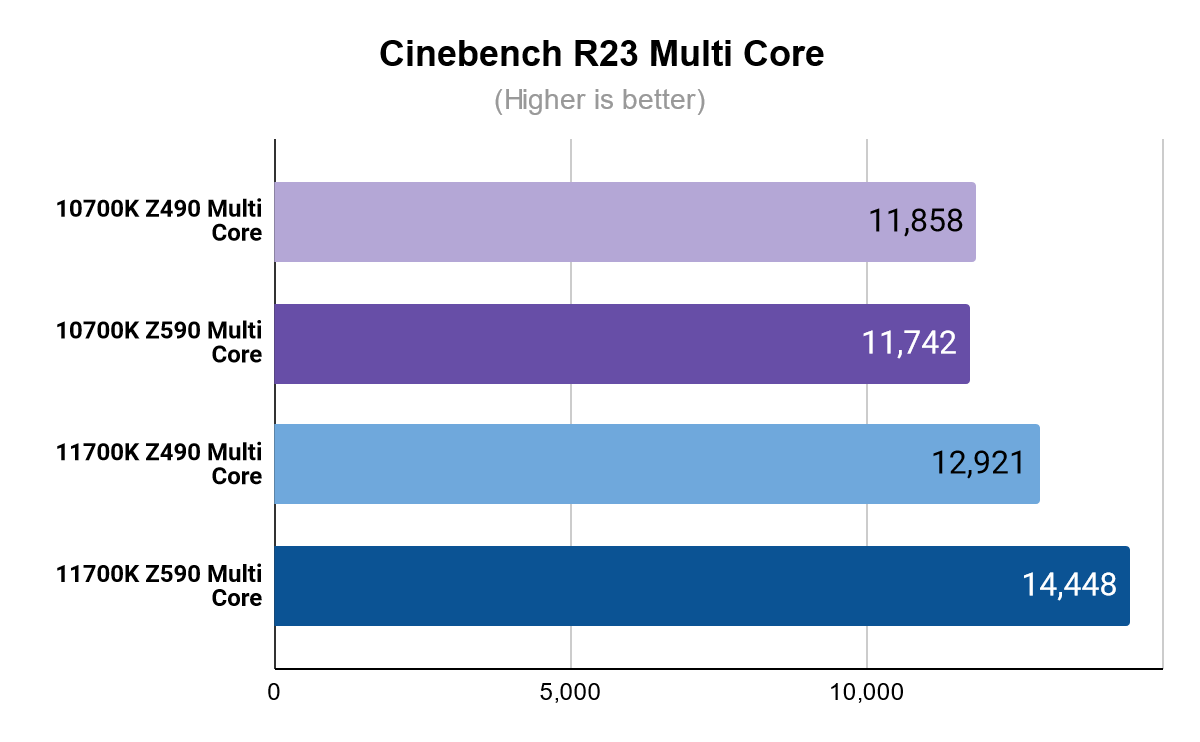 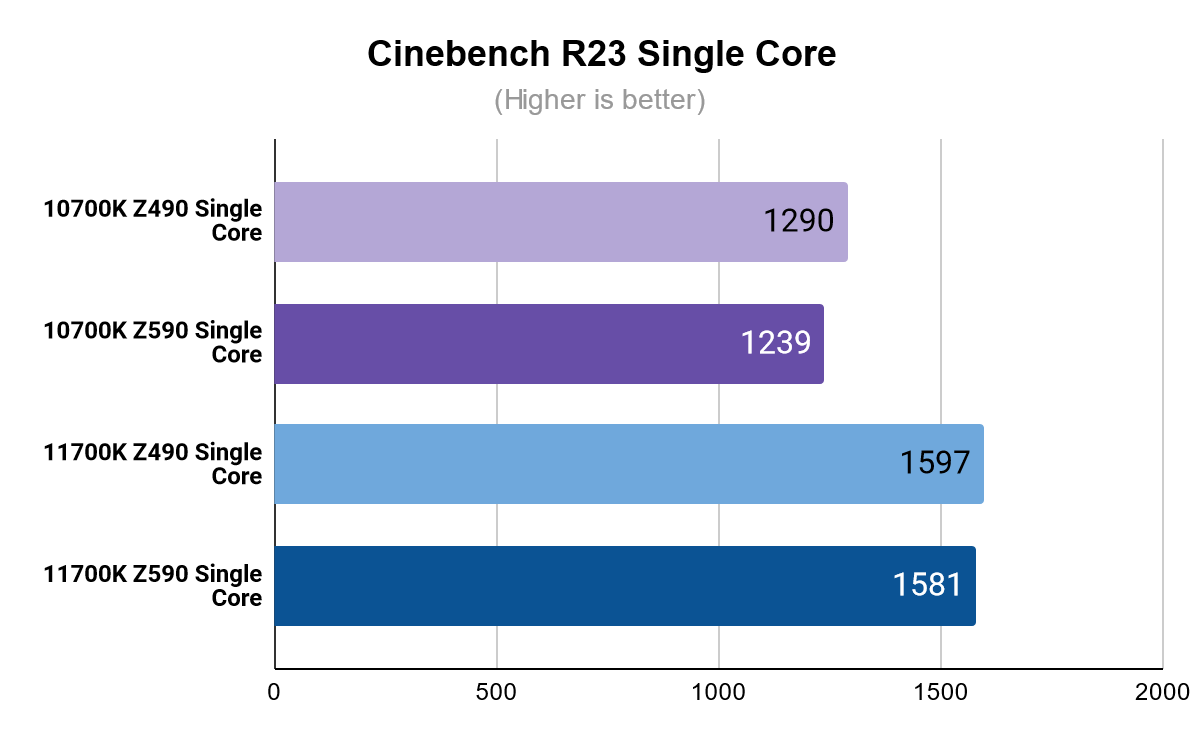 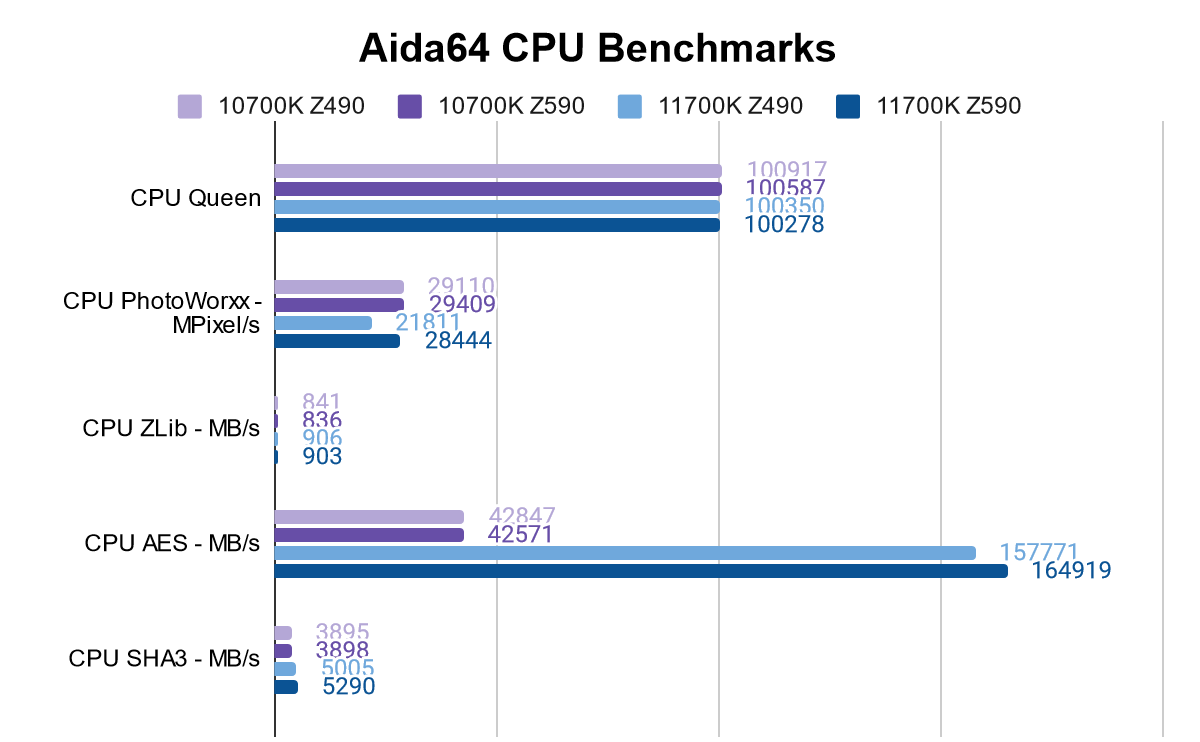 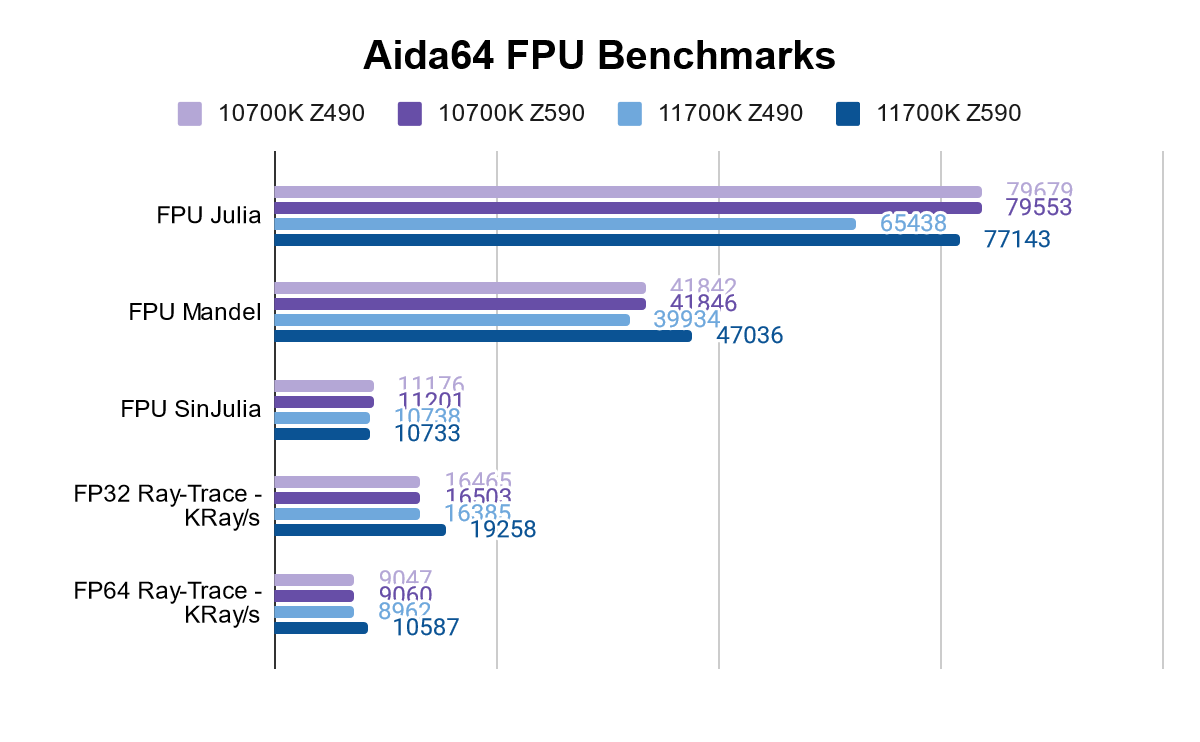 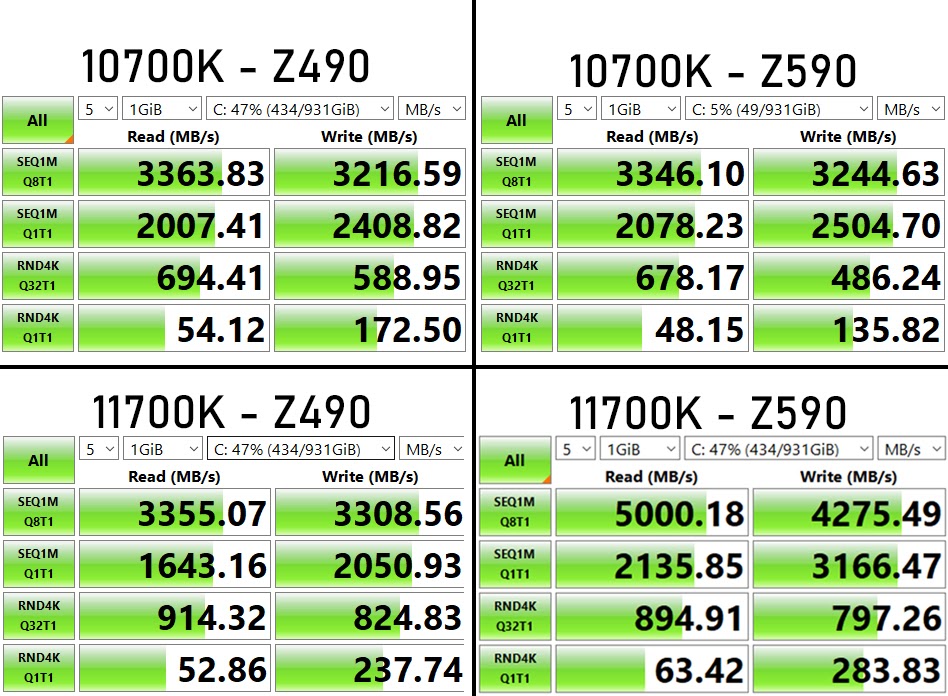 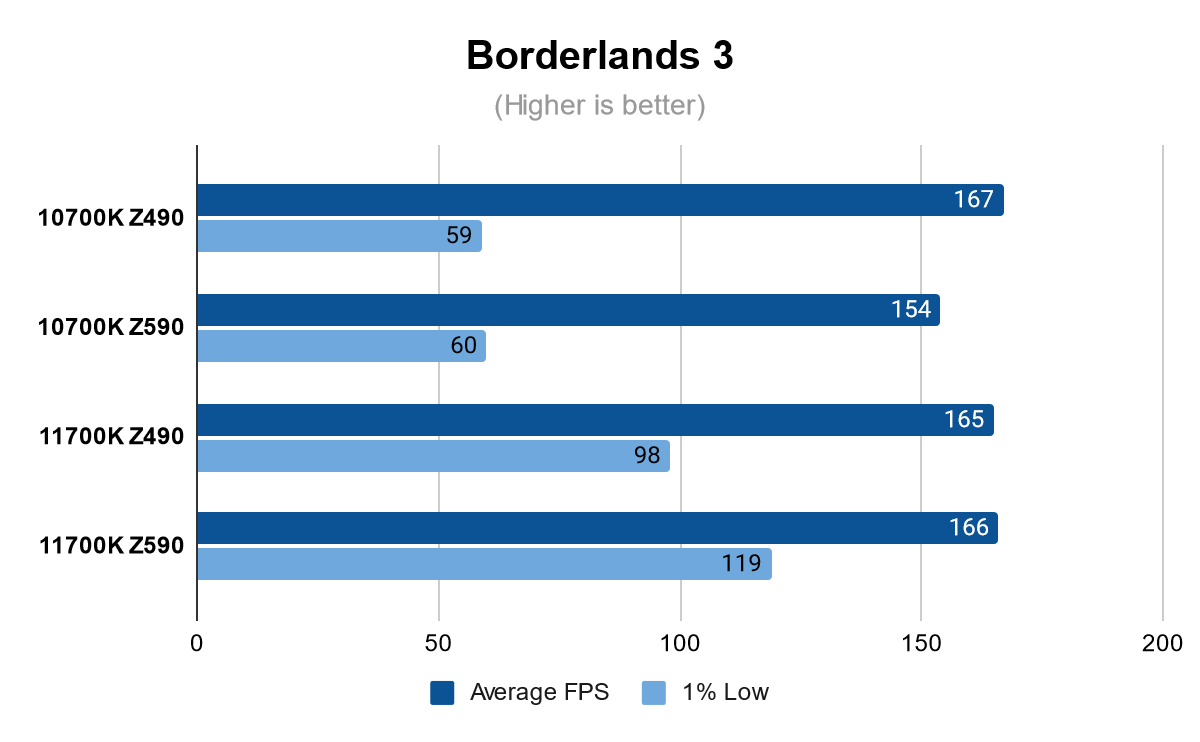 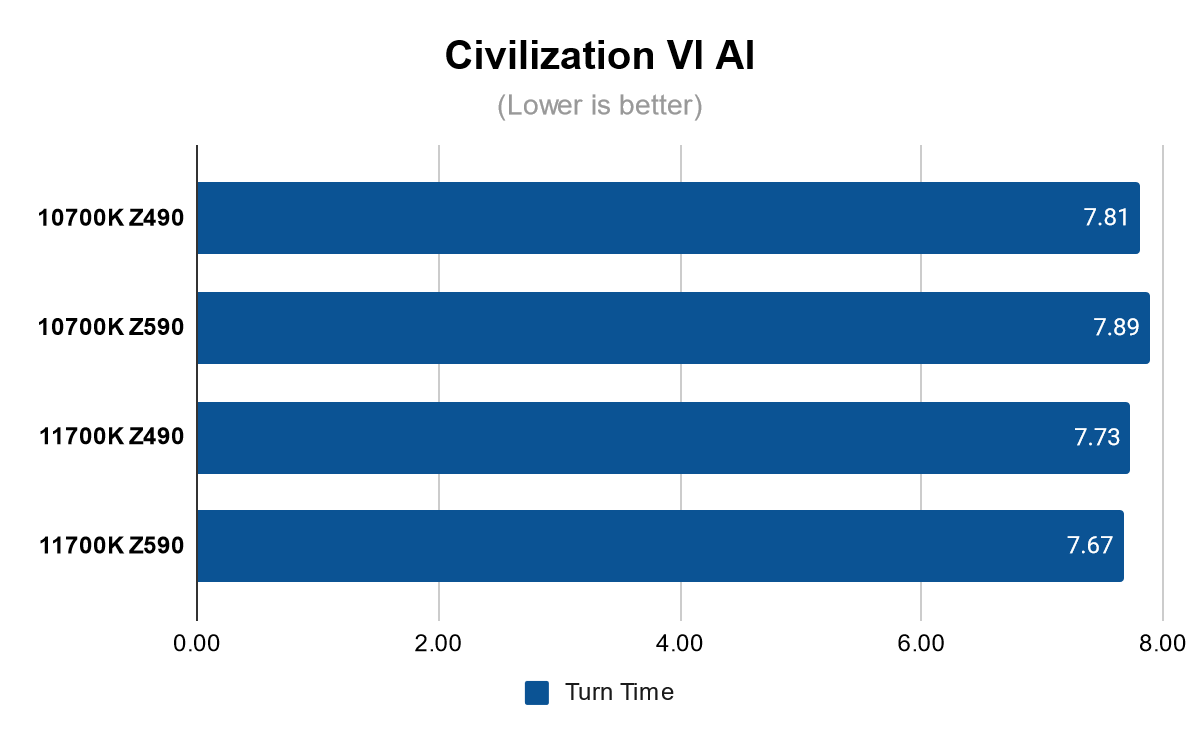 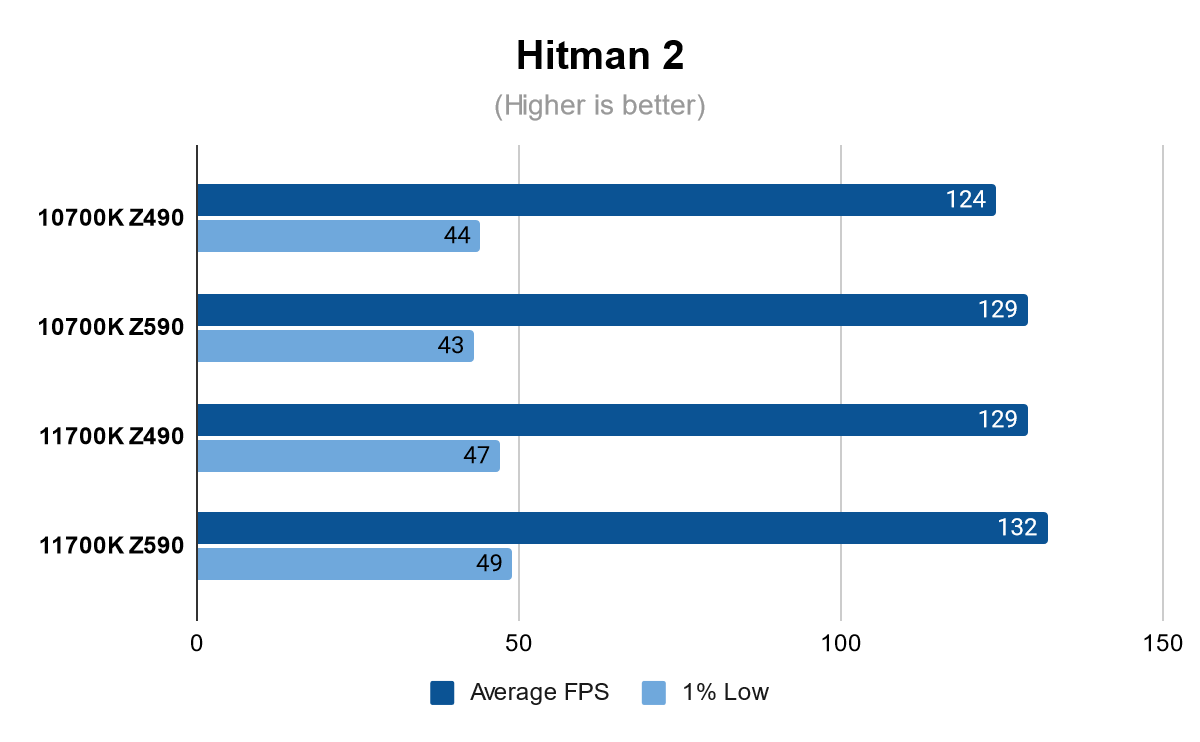 Note: The consistent 1% low FPS across resolutions is likely caused by an engine bottleneck or generated in the scene transitions during the benchmark. 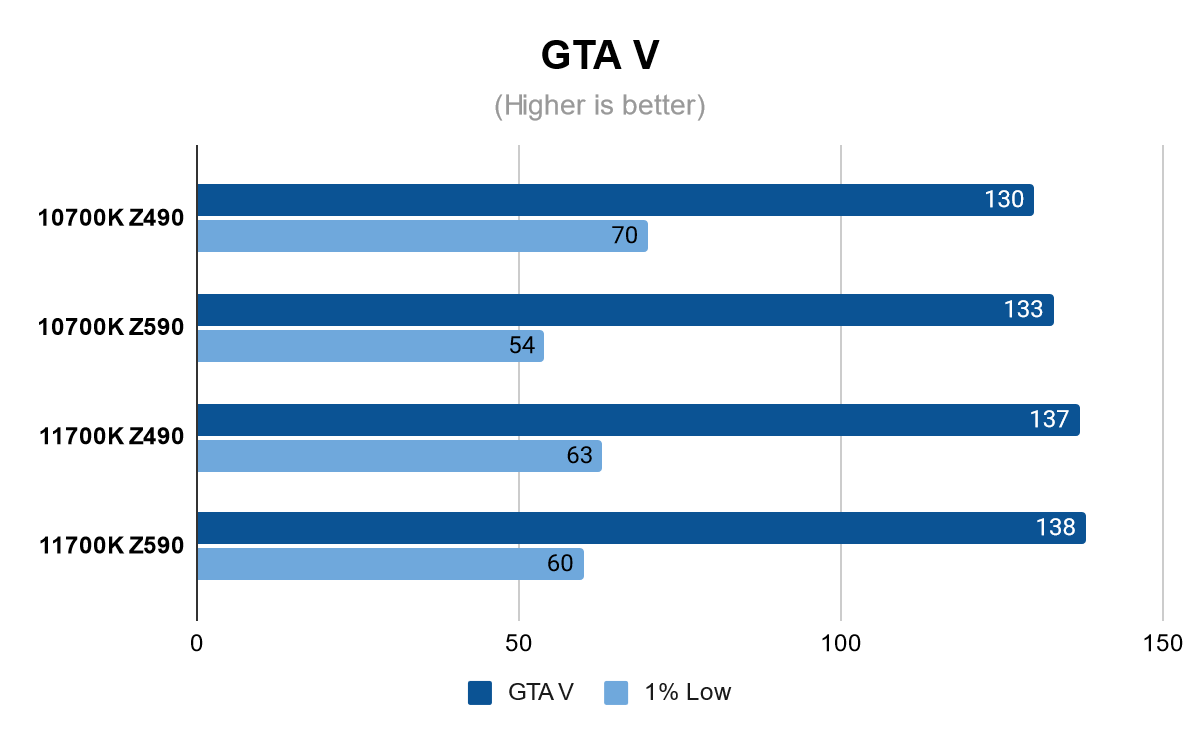 The first thing that stands out to us in these benchmarks is the similarity between these platforms’ results. Many of the results are relatively similar, but as you can see, there are notable improvements with the 11th Gen CPU. It’s especially impressive to see the improvements in programs that can take advantage of the new platform’s advanced features. Specifically, PCIe 4.0 and AVX-512 are a standout here.

We’ve learned quite a lot while benchmarking these CPUs, and we’re happy to report that there are many reasons to purchase either of them! As you can see from our benchmark results the additional features of the new 11700K make it an enticing upgrade. The extra performance gained in AVX-512 workloads and the addition of PCIe 4.0 to the Intel Z590 make the 11th Gen a great choice. Intel specifically mentioned that the 11th gen CPUs would be great for “scientific simulations, financial analytics, artificial intelligence (AI)/deep learning, 3D modeling and analysis, image and audio/video processing, cryptography and data compression.” And we’d have to agree!

The addition of PCIe 4.0 is also a great standout for those who are using the 11th Gen CPUs for high data transfer needs, the impressive speeds that we saw with CrystalDiskMark really do show off the outstanding speeds that you can expect when using a Gen 4 NVMe SSD, especially when combined with USB 3.2 or Thunderbolt-compatible devices. The 11th Gen CPUs are an outstanding choice, especially for creatives or data-related tasks.

Another great thing that can be gleaned from our benchmarks is the compatibility across all of the parts that we’ve tested here. Although we did see some difficulty with RAM speeds, we expect this to be correct upon or shortly after release. If PCIe 4.0 is not necessary for you, you can still use the Z490 boards with the 11th Gen CPUs. If you can’t find the right Z490, there’s still the selection of Z590 boards that will work great with your 10th Gen CPU. It’s great to see that Intel decided to keep the same socket, allowing you to have more variety in choices when choosing parts for your next build!

Looking for more Intel 11th Gen Launch Day excitement? We've got Build Guides for i5, i7, and i9 Rocket Lake processors, as well as a discussion/FAQ post!