Building the Best Budget Gaming PC for Under $1000

Building a gaming desktop PC is an exciting time for any gamer, regardless of how much they've spent on it. It's the beginning of an exciting new journey to new games, higher resolutions, greater frame rates, and more advanced detail settings than ever before. It's also a rewarding experience putting together the components themselves, especially if they've made the most of the funds they have available.

If money is no object, it's easy to throw it all at the best components money can buy, but there's a real joy in fine-turning a budget to make the most of it. I've built gaming PCs big and small, fast and not-so-fast, but my favorites are always the ones under the $1,000 mark. That's where you get the most bang for your buck, and it can be quite a challenge building the best budget gaming PC you can within that framework.

This is especially true in 2021, where global silicon shortages, import tariffs, and the demands of cryptocurrency mining have stripped digital store shelves bare. The only real way to build a budget gaming PC is to go in-store to do it. Never seen an Nvidia RTX 3000-series card in stock? Visit your local Micro Center. You might be surprised.

Want to spec out a gaming PC of your own design? Try the Micro Center Custom PC Builder tool. 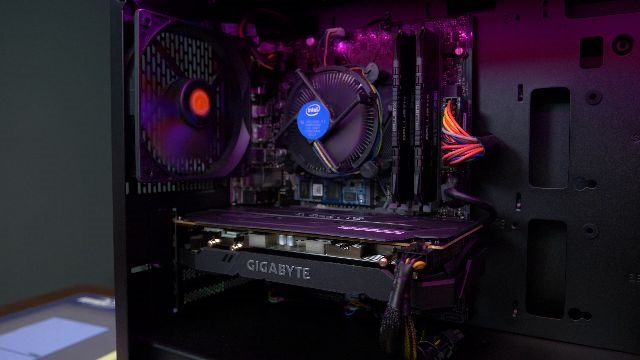 What Could I Play on A Budget PC Build?

A budget gaming PC doesn't mean a budget gaming experience. In fact, if you pick the right components, even an entry-level gaming PC can play all the latest AAA games at comfortable frame rates and attractive settings. Cyberpunk 2077 is easily playable at medium settings at 1080p resolution on a budget PC build – you just have to know where to focus your budget.

If you're more of an esports player, higher frame rates are more important than detail settings. Whether you're playing Fortnite or League of Legends, you can expect fantastic frame rates on a gaming PC under $1,000. The same goes for older retro games, indie games, and games that are both CPU- and GPU-bound.

Making sure that the gaming PC you build is well-rounded and offers strong general performance as well as having reasonable graphical power is key to making sure that no matter what you want to play, it'll handle it well. Better yet, it will even be good for web browsing, completing schoolwork, or watching movies when you aren't beating down your enemies in your new favorite game.

My first consideration when building a budget gaming PC is getting the best graphics card I can for my money. It's going to have the biggest impact on gaming performance and ultimately, my gaming enjoyment. If I can't hit the detail settings, resolution, and frame rates I want in the games I want to play, I'll be disappointed, and nothing has a bigger impact on that than the graphics card.

That said, it has to be in the context of our budget PC build. We're trying to build the best gaming PC under $1,000 that we can, and that means being reasonable. We also need to factor in that graphics cards are extremely hard to come by, even in many Micro Center stores – however, we're continually getting more stock of them. If you're looking for more information, be sure to check out our Limited Availability Product FAQ. For the best budget gaming PC build, I'm looking for at least an Nvidia GTX 1650 Super, but if I can find one at a good price, a 1660 Super, or maybe even an RTX 3060. $400 is the absolute most I would spend, otherwise, we're going to have to cut back significantly on other important facets of the system.

The second most important component when it comes to your budget gaming PC performance is the processor (CPU). This will tell you what motherboard you need to opt for and might make some suggestion as to the RAM speed you should target as well. Ultimately though, it's about getting the most bang for your buck, and with new-generation CPU availability as it is, the best chip for a gaming PC under $1,000 is the AMD Ryzen 3600. With six cores, 12 threads, and the ability to boost up to 4.2 GHz (perhaps a little more with some manual overclocking), it's an amazing mid-range gaming processor that will handle all modern games with ease and even nips at the heels of some much more expensive processors. 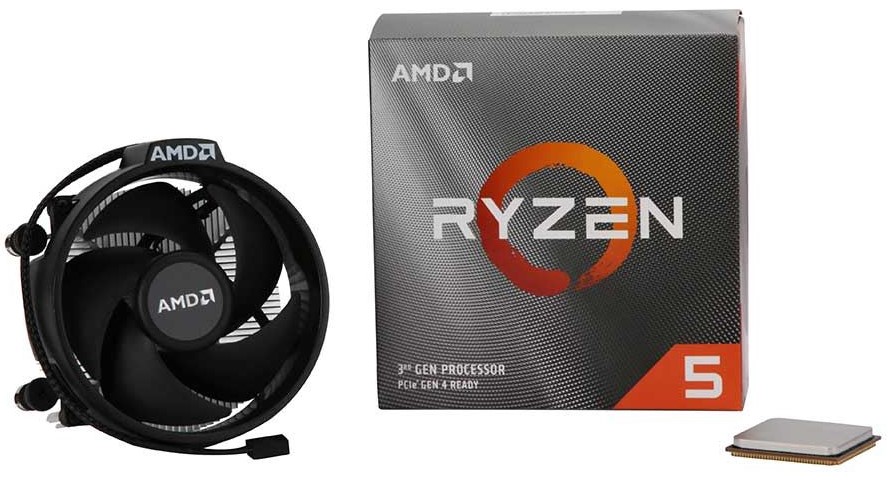 With memory prices as they are, anyone building a gaming PC, budget or not, should have a minimum of 16GB of RAM. You don't need the fastest or the flashiest, but with little difference in pricing, 3,000MHz of 16GB DDR4 RAM is the sweet spot. You can go for faster, with AMD CPUs in particular showing greater benefit from faster memory, but once you go beyond 3,200MHz you have to use advanced overclocking techniques to get the most from it, so it only worth considering if you enjoy tweaking your system.

The one other must-have for the best budget gaming PC you can build is a solid state drive, or SSD. You don't need a huge one, and it doesn't have to use cutting-edge NVMe technology, but a 512GB SSD for your boot drive and the games you're playing the most will make an absolutely enormous difference to your gaming experience. Windows will boot faster, your games will load quicker, and the whole PC will feel snappy and responsive. Grab a 1TB hard drive as a secondary storage device if you need it, but do not try to build a budget gaming PC (or any kind of gaming PC, for that matter) without an SSD. You'll regret it.

These are the "nice to haves" and the "maybes," separating the "if you wants" and the "if you needs." While they are necessary for your PC to function, they don't have as big of an impact when building the best budget gaming PC money can buy, but they are worth considering when it comes to building yours. They make the PC nicer to use and can impact gaming performance in a more indirect manner.

Outside of non-electrical components like your case, the motherboard has the least impact on your system's performance and should receive just as little focus in your budget PC build because of it. For our Ryzen 5 3600 example PC, a B450 motherboard like the ASRock B450M-Pro4 is an affordable buy with a solid selection of features. You may need to perform a BIOS update on it to make it work with the third-generation Ryzen CPU though. Talk to a sales representative at your local Micro Center to ask how we can make that easier for you. If you're building a budget gaming PC with a different processor, still try not to spend over $100 - the motherboard is a great place to save some money, and spending more than $100 on it won't boost your performance too much.

Power supplies aren't a fun component to consider, but they aren't something you want to scrimp on. A cheap power supply has the potential to die on you and damage other components when it does. I always opt for one that's at least 550w and from a credible manufacturer. Finding a good PSU can be a bit of a minefield though, so research PSU tier lists online for more information, or speak to a Micro Center sales representative to get a better insight into the best PSU for your budget gaming PC.

Cooling is worth thinking about if you want a quiet PC. Any after-market cooler with heatpipes and a larger fan is going to do a better job than the stock cooler, but the one that comes in the box (with our Ryzen 5 3600) will do just fine too if you don't plan on doing any overclocking. If you do, scaling up the cooling is important to keep your processor at comfortable temperatures during lengthy gaming sessions to avoid thermal throttling and a reduction in system performance.

As for cases, it's more about looks than anything else. Ensure that you have at least two 12cm or larger fans (buy them separately if necessary) to help the CPU and GPU coolers work well, but otherwise just pick one that you like the look of and is within your overall budget. Micro-ATX cases can be cheaper, so opt for one of those to save the most money. Mini-ITX are possible too, but they can be hard to work in as they're so small, and you'll need to be careful about motherboard selection as some Mini-ITX boards have reduced features and component slots. 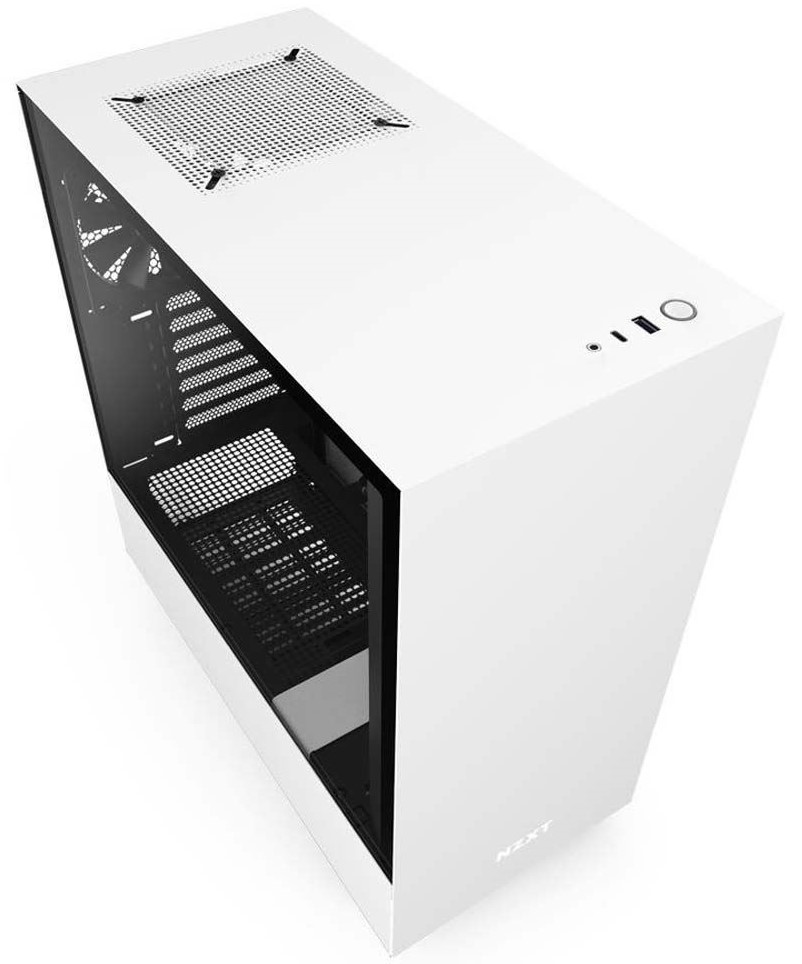 If you have any money left over from your budget, consider upgrading some of the more tangible parts of your gaming experience. A nice gaming keyboard or mouse can help you react faster in games, and are vastly more comfortable than cheap off-brand peripherals.

If you're a competitive gamer, you may want to start saving for a high refresh rate monitor too, as they can really help cut down on input lag for faster and more responsive play.

And don't forget to pick up an operating system!