How to Choose a 3D Printer

3D printers have only grown in popularity in the past few years, and are becoming a more and more common feature in tech households. But, even as they become a household idea, there are still many questions that people continue to ask about 3D printers, including which model they should purchase, what is needed to properly 3D print, and how much money should be set aside in order to print. So today, we’re going to shed some light on 3D printers and go over which 3D printers are the best fit for your needs.

What are 3D Printers? 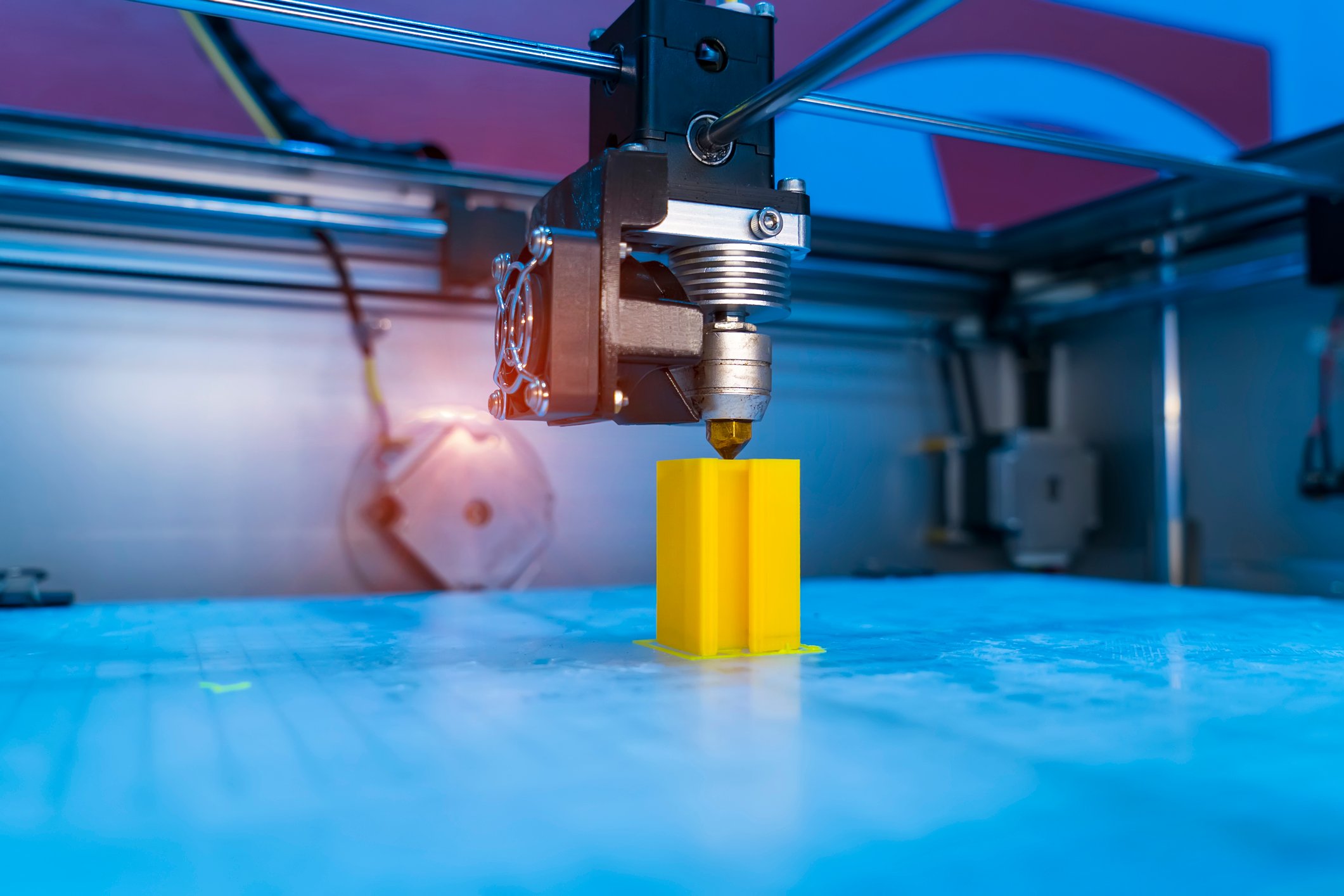 3D printing is the process of making three-dimensional solid objects from a digital file. Just like how traditional printers take digital text files and print them onto a piece of paper, 3D printers take files of 3D models and print them out as 3D objects. The creation of a 3D printed object is done by means of what is called an additive process, or laying down successive layers of material until the object is created. Each of these layers can be seen as a thinly sliced cross-section of the object.

While there are many different types of 3D printers, only a few are commonly used by everyday consumers. We’ll take a look at the most common ones so you can understand the difference between each type of printer, and which one is the best fit for you.

FDM filament printers: The most popular 3D printers on the market are those that use FDM (fused deposition modeling) technology. FDM printers gained much of their popularity thanks to lower costs and ease of accessibility, and have the simplest functionality. They operate using thermoplastic filament, melting down the plastic and printing it through a metal nozzle onto a printing bed layer by layer. These printers also generally use non-toxic filament and typically have open printing beds. Because of their simplicity in how they function and affordable price, this is probably the best option for private users who are new to 3D printing.

SLA resin printers: Resin printers use SLA (or Stereolithography) technology, which is the oldest of all 3D printing technologies. Even though they were the first 3D printers created, they still remain one of the best to this day. Unlike FDM filament printers, SLA resin printers use a photopolymer resin tank and a UV laser beam; the laser forms the part, which grows on the printer’s platform. Resin printers are arguably better than other 3D printers thanks to their ability to print highly detailed objects, making them perfect for creating prototypes, figurines, or complex and small parts. The downside of resin printers is that they give off a very strong smell and everything printed with them must be washed and cured.

DLP resin printers: Another resin printer, DLP stands for Digital Light Processing, which works slightly differently than SLA tech. DLP printers use all of the same materials as regular SLA printers, but also feature an ultraviolet light source projector, and have a more streamlined process of curing resin. DLP resin printers are also cheaper than SLA printers, making them a better choice for private users.

SLS printers: SLS (Selective Laser Sintering) printers again work very similarly to SLA printers, with a printer laser instead used to sinter materials together, instead of melting them. SLS printers also use polymer powder instead of traditional filament. These printers are most commonly used to create industrial products for places such as laboratories, research centers, teaching centers, and more. These printers are generally only used by larger companies, with very few models available for private users.

What Do You Need To Use a 3D Printer? 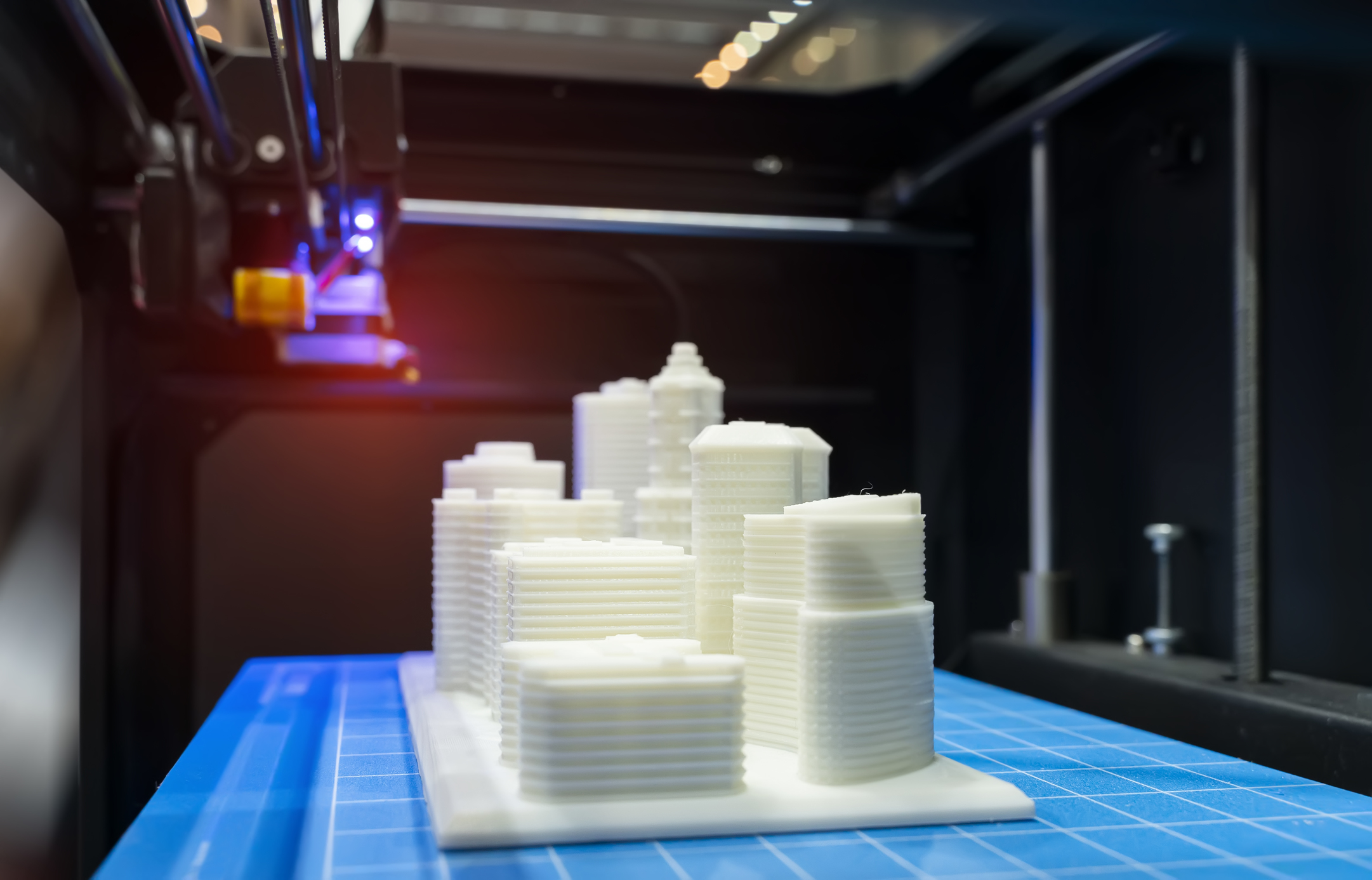 Printer Filament: On the basest level, to use a 3D printer all that is needed is a power source for the unit, and printer filament. Filaments used in 3D printing are thermoplastics, which are plastic materials that can be shaped and molded, and solidify when cooled. Unlike other plastics, they melt instead of burn when heated. There are dozens of different types of filaments, and the type that you will need depends on the 3D printer that you have. Be sure to figure out which type of filament is compatible with your 3D printer before making your purchase -- filaments can also range in price quite a bit, and different types of filaments can be used to make different sorts of objects. If you're looking for more information about 3D printer filament, be sure to check out our Filament Guide!

Download or Create 3D Models: Actually printing, however, requires something to print. You will need to either acquire 3D models online or make them yourself. 3D models are created using 3D modeling software, which is commonly referred to as CAD (computer-aided design) software. Blender, ZBrush, and Autodesk Fusion 360 are some of the more popular 3D modeling software out there. Any of them will do if you're looking to design your own print designs. However, if you're new to the 3D printing space and worried about designing your own models, you're in luck. There are multiple sites with a wide variety of already-created 3D models ready for downloading and printing. Thingiverse, MyMiniFactory, Cults3D, and CGTrader are some of the most popular sites that you should check out.

Slicing Software: After you have your 3D model downloaded, you’ll then need to prepare it for printing in another software, which will translate the model into machine instructions. This is known as slicing software, also known as slicers. Once your 3D model is loaded into a slicer, it will virtually “slice” the model into individual layers. The result is a new file that consists of G-code, which is the language of 3D printers. These files contain important information, including the correct printing speed and temperature, layer height, thickness, and much more.

The Best 3D Printer for You

So now that you know a bit more about 3D printers, it’s time to ask the question: what 3D printer is best for you? Well, that entirely depends on your budget, and what you’re trying to achieve with a 3D printer. Here are some of the best 3D printers currently on the market, sorted from lower-end to high-end units. 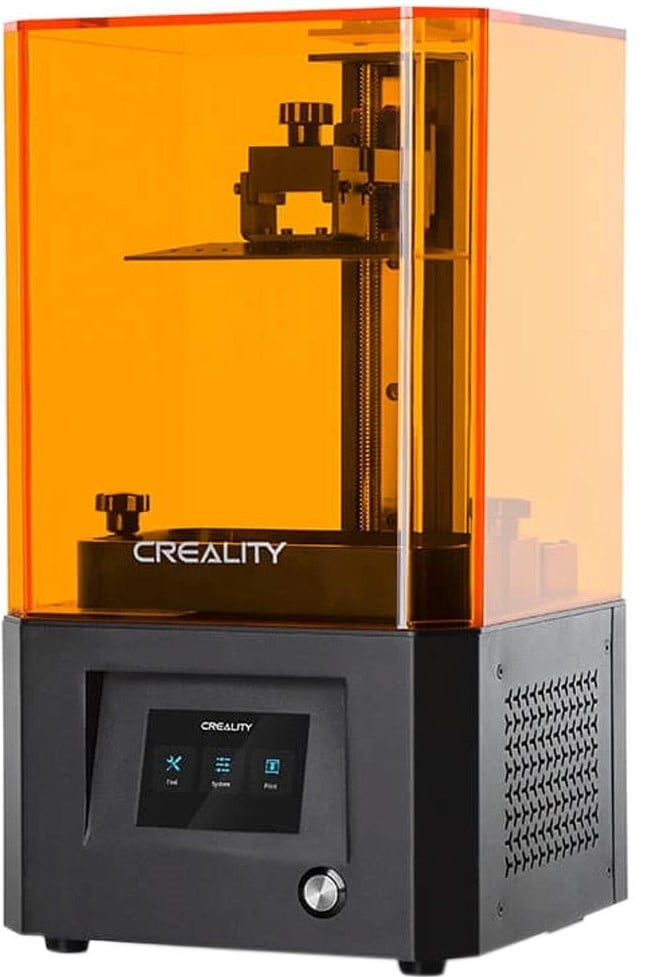 The Simple Creality LD-002R is one of the most affordable 3D printers out there, costing just under $200. There’s a lot to love about this resin printer, from its compact form factor to its easy-to-operate simplicity and incredibly consistent prints.

The only real downsides to this printer are its touchscreen interface, which has reportedly been a bit unresponsive at times, as well as the product’s manual, which really doesn’t help the user out a whole lot. Thankfully, the 3D printing community is incredibly helpful and has plenty of resources online to help get you printing. Even with these two small caveats, the Simple Creality LD-002R is fantastic and is strongly recommended for anybody looking to get into 3D printing on a budget. 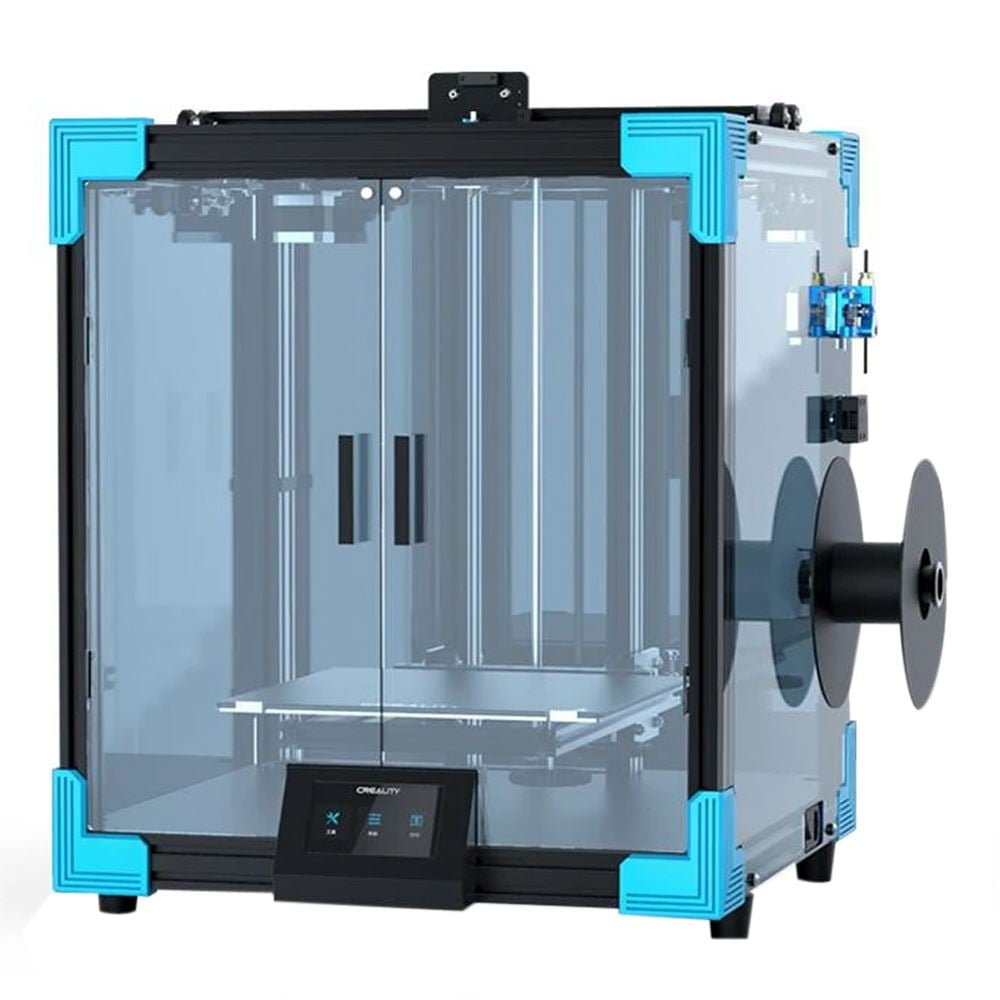 The Creality Ender 6 is a fantastic mid-range option for 3D printing enthusiasts. Featuring a large open bed with walls covering all sides of it and a door for access to the inside, this 3D printer is one of the most secure of all open-bedded printers. This printer has absolutely fantastic build quality and feels incredibly sturdy, and results in some amazing 3D prints. It’s noteworthy just how large this 3D printer is as well, allowing for prints that go beyond the small-scale options other printers may limit you to. At just $569, the Creality Ender 6 is a great deal, and perfect for those looking to print large objects with FDM filament. 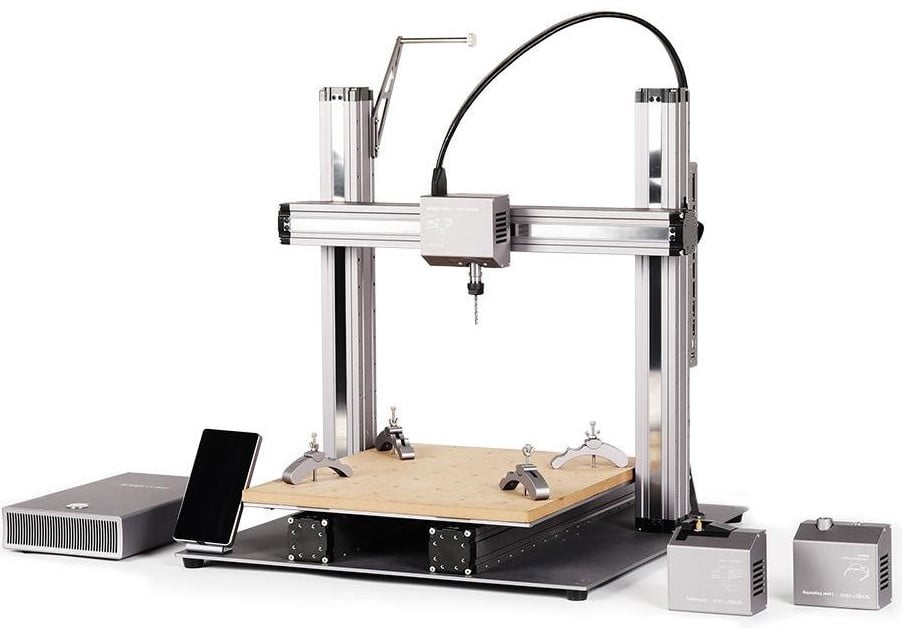 The Snapmaker 2.0 is an incredible 3D printer, acting also as a laser cutter and CNC machine in a 3-in-1 package. Judging it solely as a 3D printer, this machine has excellent print quality, has great and easy-to-understand software, and is overall designed excellently. The printer is made entirely out of machined metal, with the build quality greater than most competing models. The printer is also very easy to assemble, with the instructions being incredibly straightforward and simple. Perhaps the only real downside of this printer is its noise levels: at times, it can be quite loud.

Though this printer is quite expensive, its incredibly high level of quality makes it worth it -- and the fact that you are getting a laser cutter and CNC machine in this package as well makes it feel even more worthwhile. Simply put, if you can afford this printer and will use all of its features, then it’s more than worth the purchase. 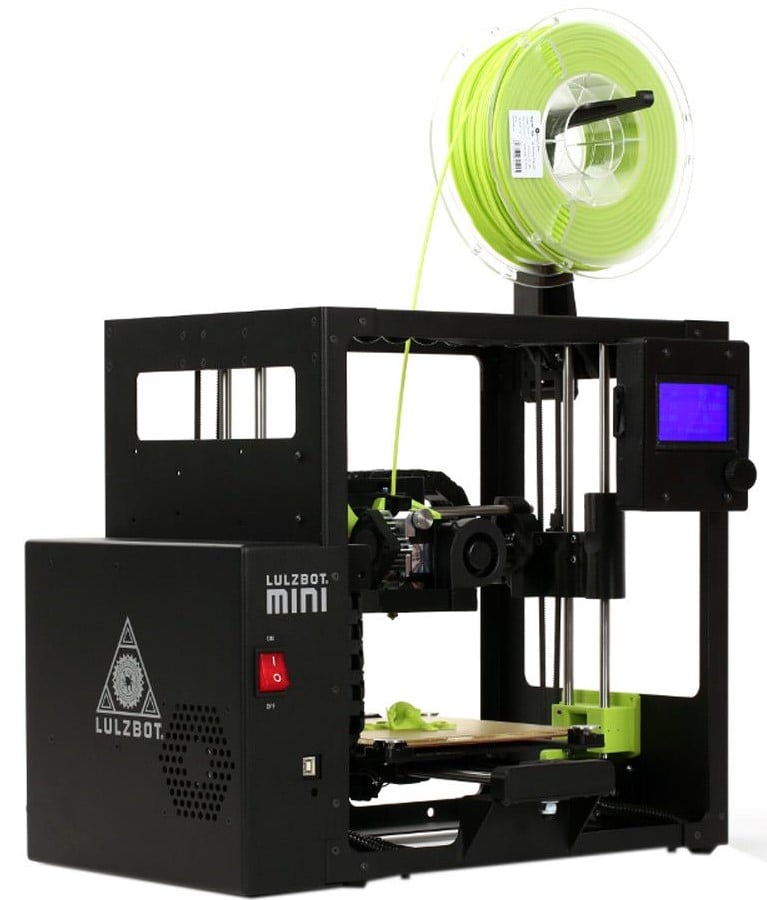 The Lulzbot Mini 2 is our go-to 3D printer recommendation for many reasons: it’s incredibly reliable and easy to use, has top-notch printing quality, and is very user-friendly. It has a very simple and straightforward design, making it easy to use for even those new to the world of 3D printing. The Lulzbot Mini 2 improves on the Lulzbot Mini 1, with faster motors, a slightly larger print bed, and an improved printhead that can handle more flexible materials. The printer also prints fast and quietly on a compact print bed, all of which are solid plusses.

If you’re looking for a 3D printer that offers you great quality printing with lots of options for filament with a quiet and fast print, then the Lulzbot Mini 2 is one of the best options you can find. But with that said, it comes at a cost: $1,499 is a steep price, and only those looking for the added benefits of paying more should invest in this. But at the end of the day, it’s hard to get a better 3D printer that delivers as well as this one.

And there you have it -- four of some of the best 3D printers currently on the market, for every type of budget. Whether you’ve got a huge budget or only have a few hundred dollars available to spend, you should have no trouble with affording a 3D printer! In 2021, owning a 3D printer is more affordable and realistic than ever and we’re sure you’ll find something to scratch that 3D printing itch. 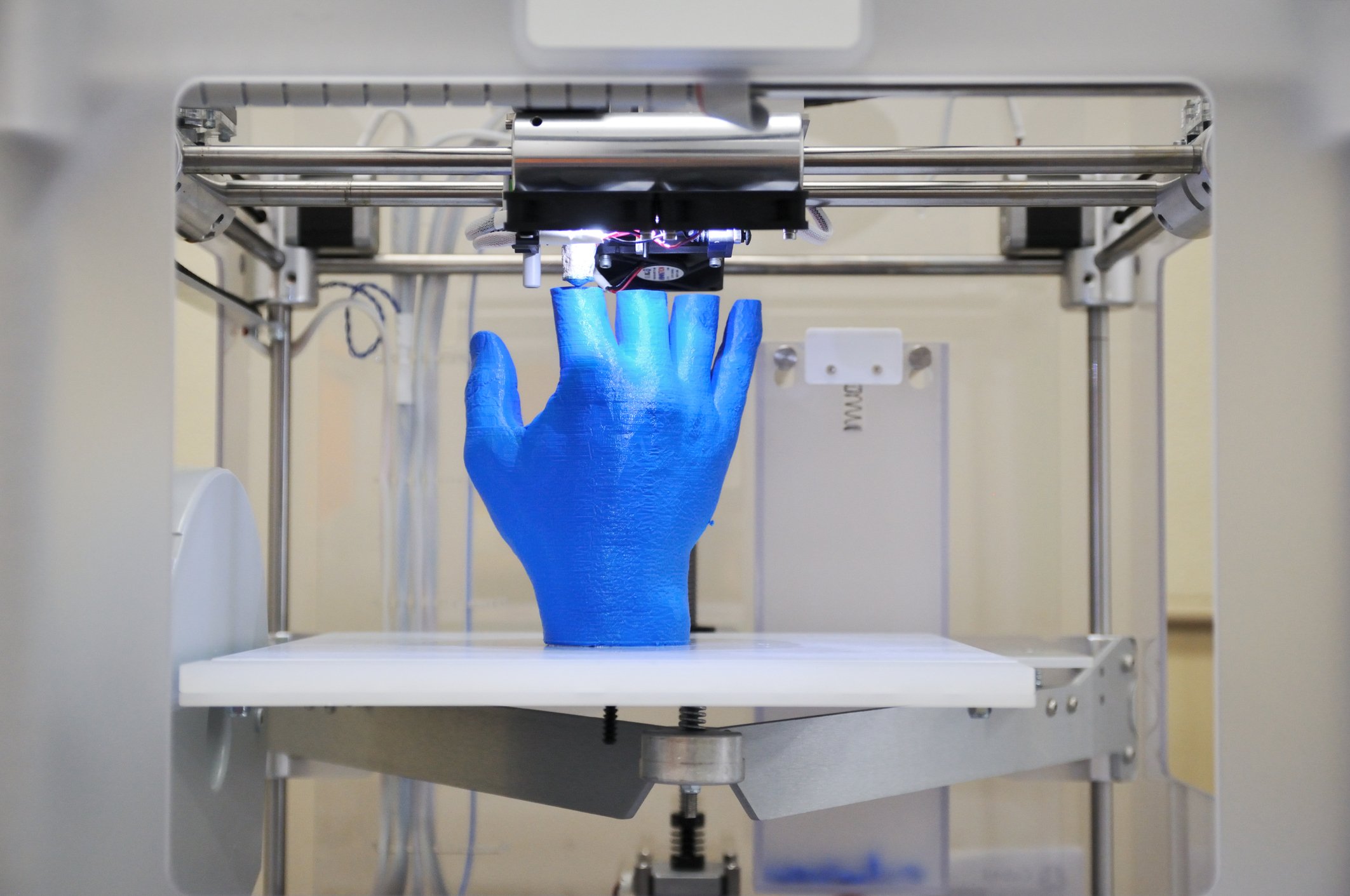