High-End VS Budget: What Motherboard Is Right For Me?

Many PC builders, new and old alike, unfortunately don’t give much thought to their motherboards. So much so that one common piece of advice you’ll see online is to “buy the cheapest one you can find that supports your components.” This is ill-advised, in our opinion. The motherboard doesn’t exactly comprise the heart and brain of your build – that would be the CPU and the GPU – but it can be considered something akin to your computer’s skeletal and circulatory systems (to strain the human anatomy analogy a bit further), providing support for your components and delivering power and data to them. 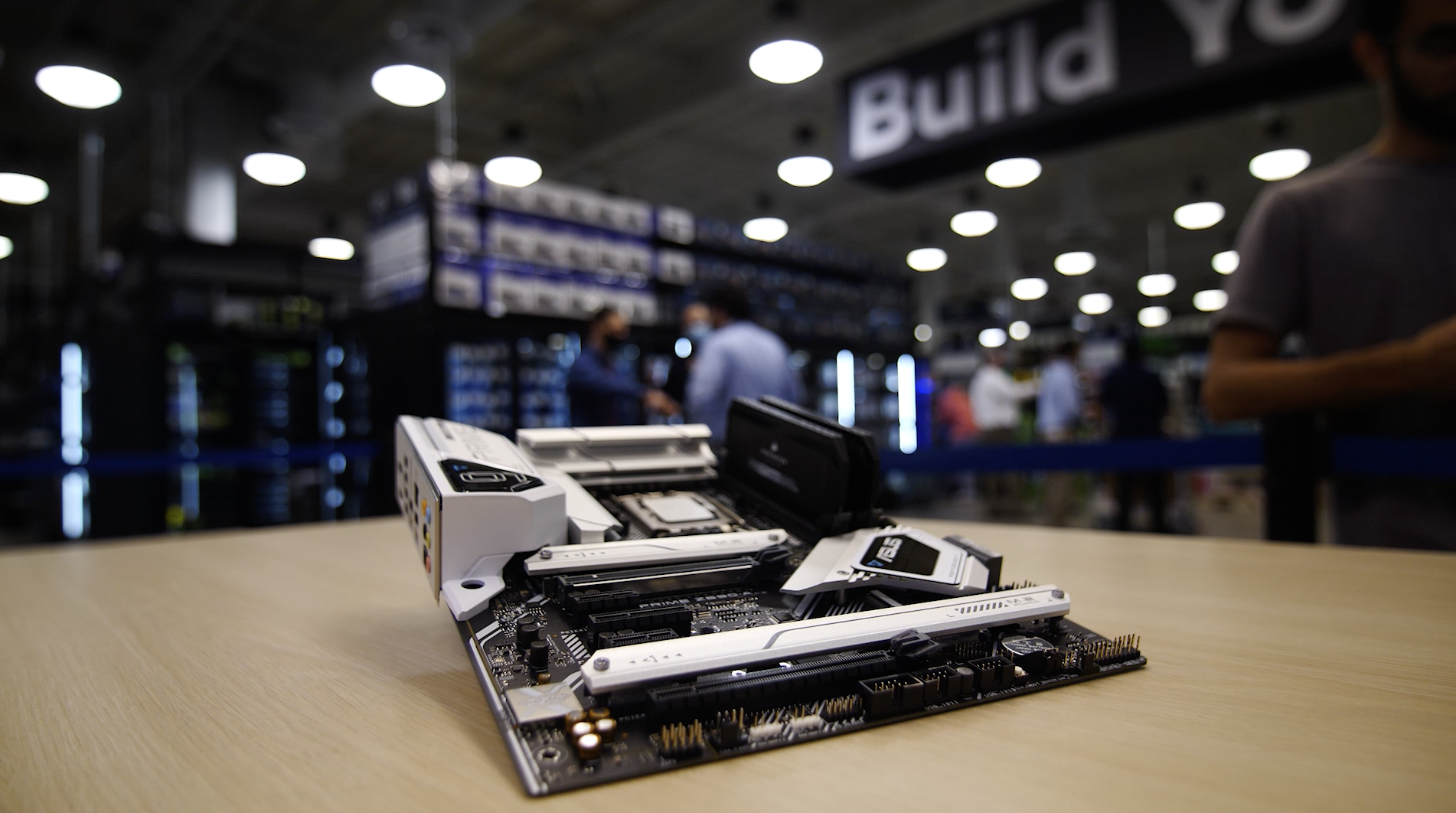 Motherboards run a wide gamut in terms of pricing, though, ranging from around $50 to $60 on the low end with premium boards inching towards the $1,000 mark. With such a wide selection to choose from, it’s important to know what you actually need for your planned build, what you’re getting with your money, and how to find the best motherboard for your planned setup.

There’s a lot that goes into motherboard design, but this shouldn’t be an arduous decision-making process once you’ve got a few basic concepts nailed down. We’re here to help you get started with our in-depth motherboard buying guide that lays out the primary differences between high-end and budget mobos, what features and build qualities to consider (and whether you need these or not), and what you can expect to get for your money.

What is the difference between high-end and budget motherboards?

Most modern motherboards offer the same basic support for the latest CPUs, GPUs, and RAM, as well as other essentials like hard drives and SSDs. The main differences between high-end and budget motherboards are going to boil down to build quality, longevity, power management, thermal performance, and more advanced hardware compatibility that goes beyond standard stuff like CPU sockets.

More specifically, you’ll need to consider what and how many slots and ports your motherboard requires for the various components you’ve chosen for your build, what features (such as overclocking support) you want to have, and how many years of use you’d like to get out of your board before replacing it or doing a new build. Even cheap motherboards such as the highly-rated ASUS B460M-A Prime provides the basics such as SATA ports and multiple USB ports, but don’t get caught off guard assuming that the budget mobo you bought has every feature. 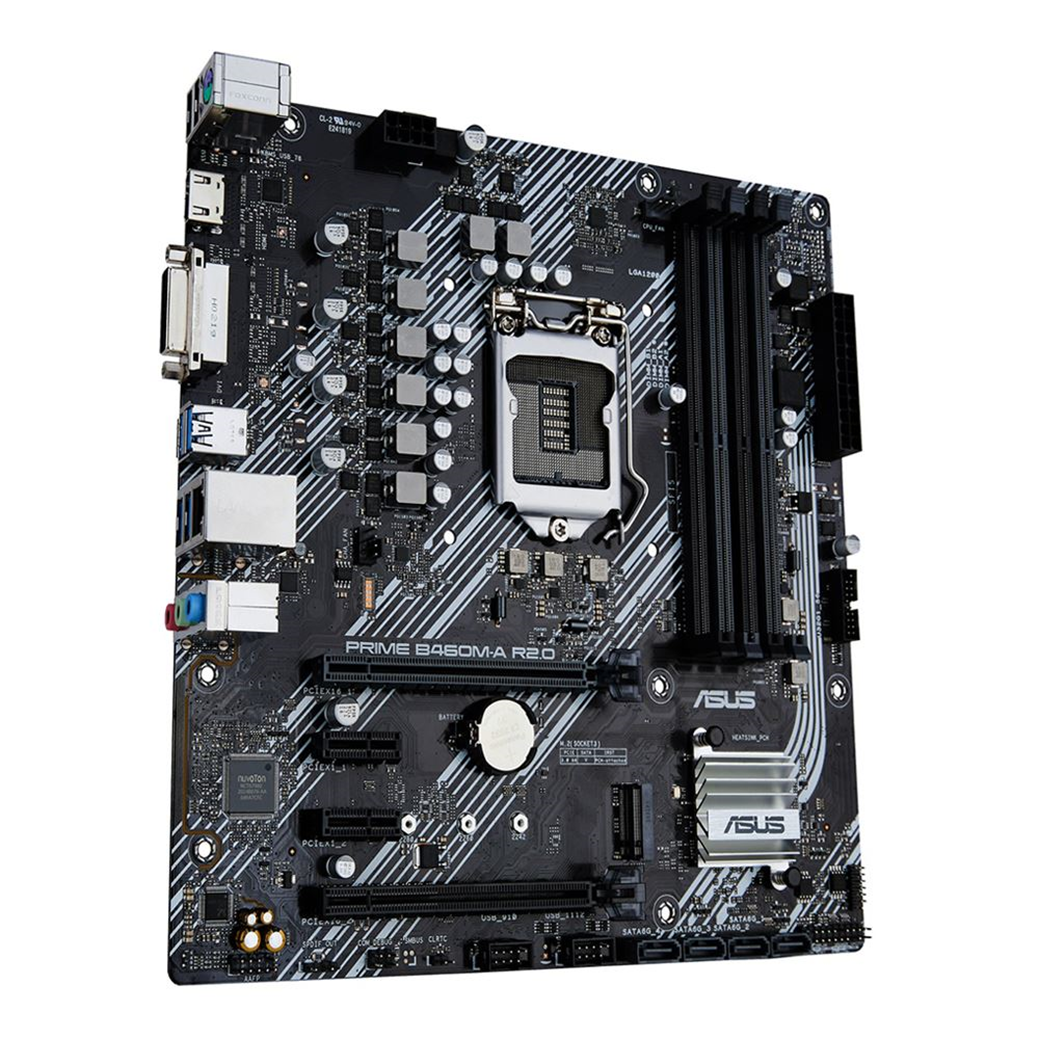 For example: WiFi. Not all motherboards come WiFi enabled, meaning you’d have to purchase an adaptor to use Wifi. Keep an eye on fan header counts as well, as many inexpensive motherboards only have two. That means that you can only install two cooling fans (which is frankly not enough, especially for a gaming system) unless you buy splitter cables. You might buy the cheapest mobo you find that’s compatible with your main hardware components only to find that, because you have to pick up WiFi adaptors, fan header splitters, or other cables, you’re spending more money than you would have if you started with a more expensive board.

High-end motherboards not only have more slots and ports for various components but also offer increased support for more powerful components (RAM speeds are a prime example). A budget motherboard may only support memory speeds up to 3200 MHz, for example, whereas a better one may support up to 1 GHz memory speeds. PCIe 4.0 support is also found primarily in higher-end boards, as many inexpensive motherboards do not support this fourth-gen data rate standard. These features may be overkill for you, though; you need to decide what components you plan to use and tailor your motherboard choice to your build accordingly. RAM slots, USB ports, HDMI and DisplayPort connections, PCIe slots, even multiple GPU sockets – all of these and more are a consideration when choosing a motherboard. Know what you need before you buy.

This also applies to things like expansion slots – a high-end motherboard should provide the builder with more sockets for extra components such as sound cards, memory sticks, M.2 SSDs, and network adapters (such as internal WiFi or Bluetooth adapters), among other add-ons you might want.

But it’s not just hardware that separates a high-end motherboard from a cheap one. Enthusiast-tier boards generally feature more improved firmware “under the hood,” so to speak, which offers more options and settings for overclocking and other tweaks. The higher quality of the board’s components, improved power management, and better thermals also allow for more flexibility for this sort of performance tweaking. The firmware installed on premium motherboards often also includes things such as a backup BIOS, advanced diagnostic readouts, and more customization and user-end configuration options overall.

Do I need a high-end motherboard for my build?

This really depends on your build. It makes little sense to place a budget $50 motherboard inside a $2,000 enthusiast-level gaming build, just as it makes no sense to blow half of your budget on your motherboard if you’re building a $600-$800 desktop for work and basic gaming. Scale your motherboard to your build. Although considering hardware compatibility limits your choices a bit, much of this decision-making process will be done for you once you’ve decided which primary components you’re going to use.

That has more to do with just your budget, of course – you need to make sure that your motherboard supports all of the hardware you plan to install, and that it fits inside whatever case you want to house your build. You’re probably not planning your system around your motherboard, after all, and mobo selection isn’t the first step to building a PC. The first components people usually choose when planning a build are the CPU and GPU, followed by a case (or at least a case form factor).

If you’re making a gaming PC, for example, the heart of your build is going to be your graphics card which is going to be paired with a good processor and backed up by a sufficient amount of high-speed RAM. In this case, you’ll want to choose a mobo from one of the many gaming motherboards on the market, of which there are plenty, such as the ASUS X570 TUF Gaming Plus. You probably also have some general idea of what case size and form factors you prefer, and you’ll need a motherboard that works with that as well. 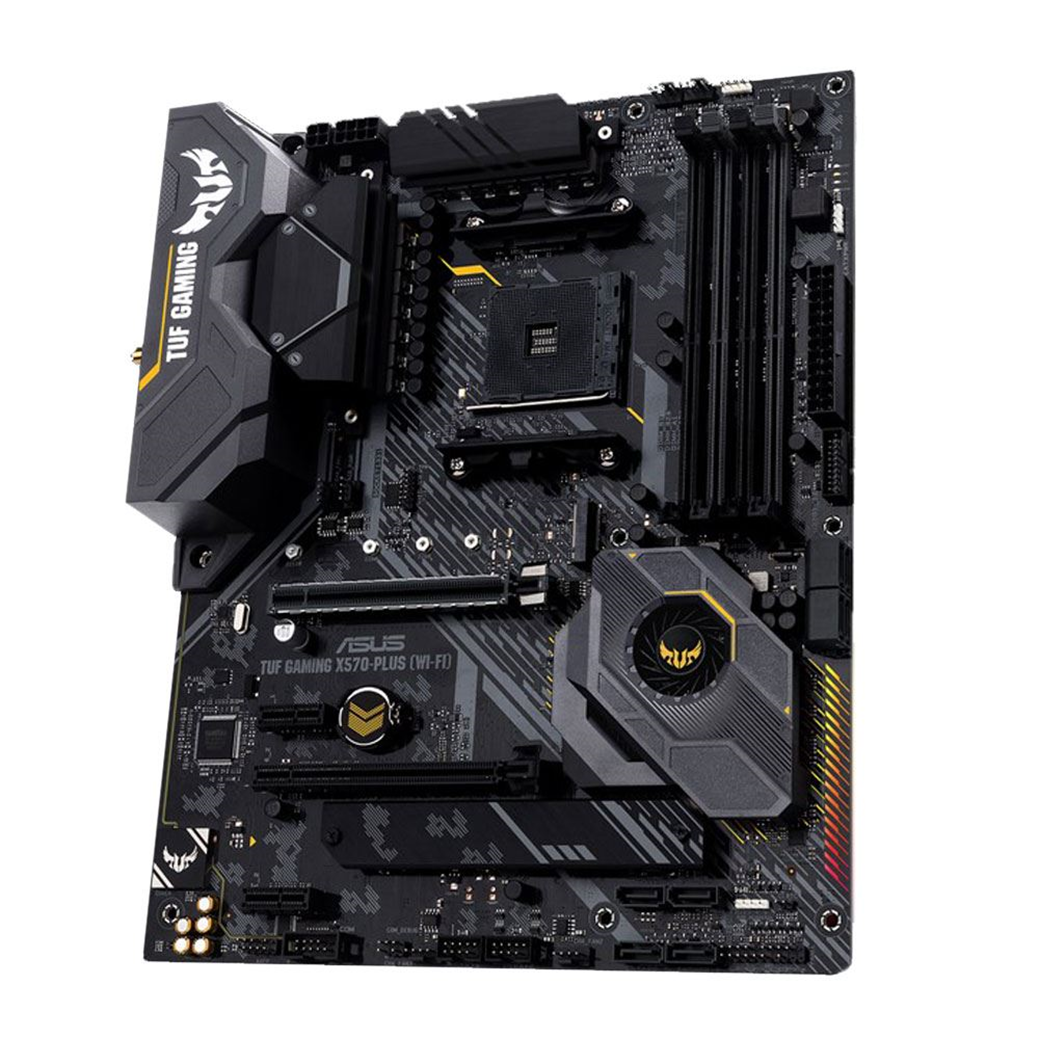 Once you’ve settled on those primary build components (and other initial considerations, such as how much RAM and what sort of cooling configuration you plan to install), you can start looking at motherboards and determine how much you want or need to spend. As we mentioned, much of this will be done for you, as the components, case, and cooling setup you plan to use narrows down your search criteria a bit.

Is a budget motherboard good enough, or will it fail?

You generally get what you pay for when it comes to motherboards (that’s much the case with most PC components), but that’s not to say that there aren’t some good budget motherboards out there that can meet your needs without draining your wallet. As we said, it makes no sense to shell out $300 or more for a motherboard if you’re building a sub-$1,000 PC.

If you’ve handled a variety of motherboards before, then you’ve probably noticed that more expensive ones tend to be on the heavier side. That has more to do with just durability, adding more support to some of a motherboard’s more fragile parts.

A mobo with a thicker circuit board can hold larger, thicker electrical traces that power your PC’s components. This also allows for increased component lifespan as well as for the implementation of more advanced, more efficient, and more complex technologies. This also provides some future-proofing when the time comes for you to install some upgraded components down the line, as standards are always improving (and demands increasing) as hardware gets more powerful.

High-end motherboards are typically subjected to more rigorous testing and built to a higher quality standard, so if longevity is a concern, spending a bit more on a good board is worth it – the old adage “buy cheap, buy twice” rings true with PC parts. Components such as individual circuits and chokes are of higher quality (and typically more numerous, delivering more power to primary components and doing it more efficiently) on premium motherboards, and the board itself should sport improved thermals. You’ll often see things such as built-in heatsinks for better cooling on these nicer models like the Gigabyte Z590 AORUS ULTRA.

It’s only natural that higher-end PC builds require higher-end motherboards. These high-end motherboards offer better support and broader compatibility with high-end CPUs and GPUs, which are larger (especially graphics cards) and have more demanding power requirements and thermal output than more basic components. Even if a cheaper motherboard is compatible with your other hardware on paper, it might not be a good fit if it’s prone to failure under thermal stress or isn’t sturdy enough to support the bulk and weight of the latest GPUs.

Having said that, many inexpensive and mid-range motherboards can still offer a lot of bang for your buck (such as being able to perform decent, if basic, overclocks, for example), so don’t think you’re forced to shell out a small fortune. You might be surprised what you can get for your money nowadays. If you’re on a budget, though, then your primary concern should be reliability. Always read user reviews and see what other experienced builders are saying about this or that particular model.

At the end of the day, it’s your PC build and it’s your money. Only you can decide which features you need, which you want but can live without, and which bells and whistles are totally unnecessary for you, and hopefully our guide helped to point you in the right direction.

If you want even more motherboard comparisons, check out the video we put together with our friends over at Linus Tech Tips!