Streaming has become hugely popular in recent years, and not just for gaming. Platforms such as Twitch, YouTube, and even Facebook have made it easy for just about anybody to create video feeds of them doing just about anything in front of a live online audience, but if you’re serious about running a high-quality, high-definition stream, then you need the right equipment – and that means something other than your phone or laptop.

Building a desktop computer yourself is always going to be the surest, most cost-effective, and most satisfying way to get the machine you want. If you came here looking to build a streaming PC and could use a little guidance, here’s everything you need to know (including some component recommendations) to get you started. 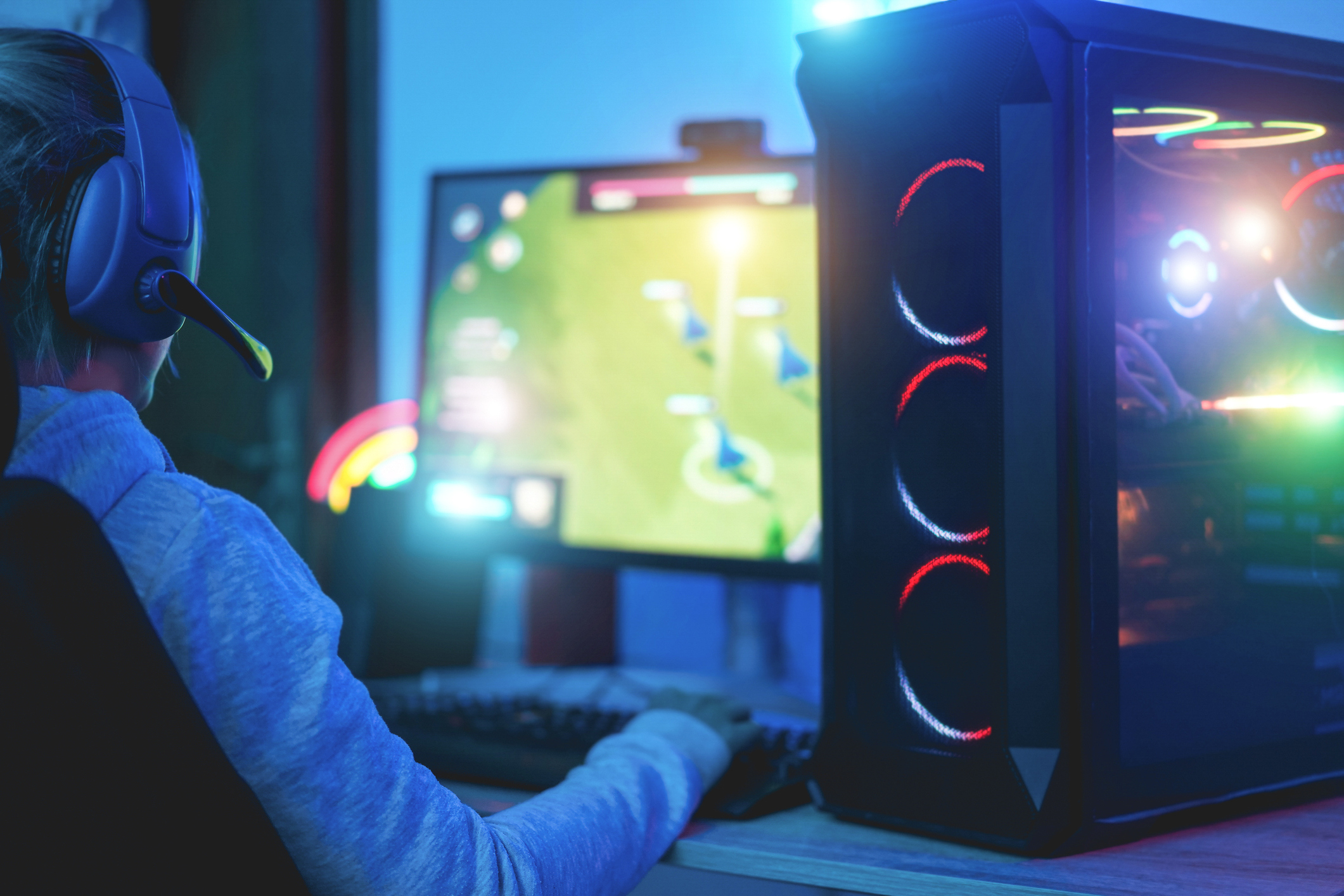 What makes a streaming PC different?

A streamer PC build isn’t worlds apart from a gaming build – and if you’re streaming, it’s probably for gaming, anyway – but there are some special hardware considerations that are unique to streaming. Simply put, when you’re gaming and streaming at the same time, you’re forcing your CPU to pull some extra weight. But what does that mean, exactly?

When you’re streaming, your computer has to capture, encode, and upload video footage, and it has to do all of these things simultaneously. Encoding, which is the process of compressing and converting raw video data (i.e. the input from your computer) for transmission in a streaming-friendly package, is perhaps the most demanding part. A lot of data is being dealt with here. As you can imagine, it requires more horsepower than a run-of-the-mill cheap computer is built to deliver.

This is why a good streaming PC build requires hardware that’s up to the task – namely a capable CPU, GPU, and supporting components like RAM and a good cooling apparatus to keep everything running smoothly. Your CPU does the bulk of the work if you’re doing software encoding, which delivers the highest quality output. Hardware encoding slightly lowers output quality, but it’s less demanding. That said, we’re sticking with software encoding with this build, as the end result is better and requires no additional parts.

However, you may consider adding a dedicated video capture card and sound card to your streamer PC build rather than using those that are built into your motherboard. And of course, you’ll need a quality webcam and microphone if you plan to add your own image and voice to your live streams. We’ll get into specific part picks later.

Can I stream from my gaming PC?

If you’ve got a PC with a powerful graphics card and processor, then your gaming PC is probably capable of streaming – or close to it, anyway. But if it’s an entry-level or older gaming computer, then it’s probably not well-suited for streaming, at least without making some upgrades first.

An all-in-one, jack-of-all-trades computer like this requires more muscle than even a regular gaming system, as your CPU doing double duty (as we already mentioned above). That extra power translates to extra heat, which, if not addressed, can lead to premature component failures. That’s why you’ll need to pay extra attention to your cooling setup when embarking on a streamer PC build.

For a PC built for streaming and gaming, your stock CPU cooler might not be sufficient depending on what sort of temperatures you’re regularly running at. It might be worth it to look into an all-in-one (AIO) water-cooling system in this case. We’ll get into the particulars of cooling in the next section, but these are some challenges to bear in mind before you proceed.

What do I need to make a streaming PC?

For this streaming PC build, our goal is to end up with a machine that’s capable of streaming 1080p (possibly up to 4K) footage smoothly with software encoding, and our starting point is the processor. With a gaming desktop, the most important single component is the graphics card. In the case of a streaming PC build, it’s arguably the CPU. That’s because it’s the processor that does the primary work when it comes to software encoding, which is what you’ll want to use if you desire high quality, professional-grade output.

The more powerful the CPU the better, and the sky’s the limit. We recommend a minimum of eight cores for the sort of multi-tasking that streaming requires, and many AMD Ryzen 7 and Ryzen 9 along with Intel Core i7 and Core i9 processors will get the job done here. The two most popular CPUs from that lot, the Ryzen 7 5800X and Core i7-12700K, are both fine choices that are in a similar price bracket.

If you’re doing an all-in-one gaming and streaming PC build, then you don’t want to skimp on the graphics card and end up bottle-necking your system. For a streaming GPU, we like the higher-end Nvidia GeForce GTX 30-series as well as the AMD Radeon RX 6000-series cards. These are a good match for the powerful CPU you’ll be using, and allow for Quad HD (1440p) or even 4K gaming if desired. The Radeon RX 6600 XT and GeForce RTX 3060 are two of our favorites that offer a lot of bang for your buck, though they won’t hit high framerates for 4k gaming. 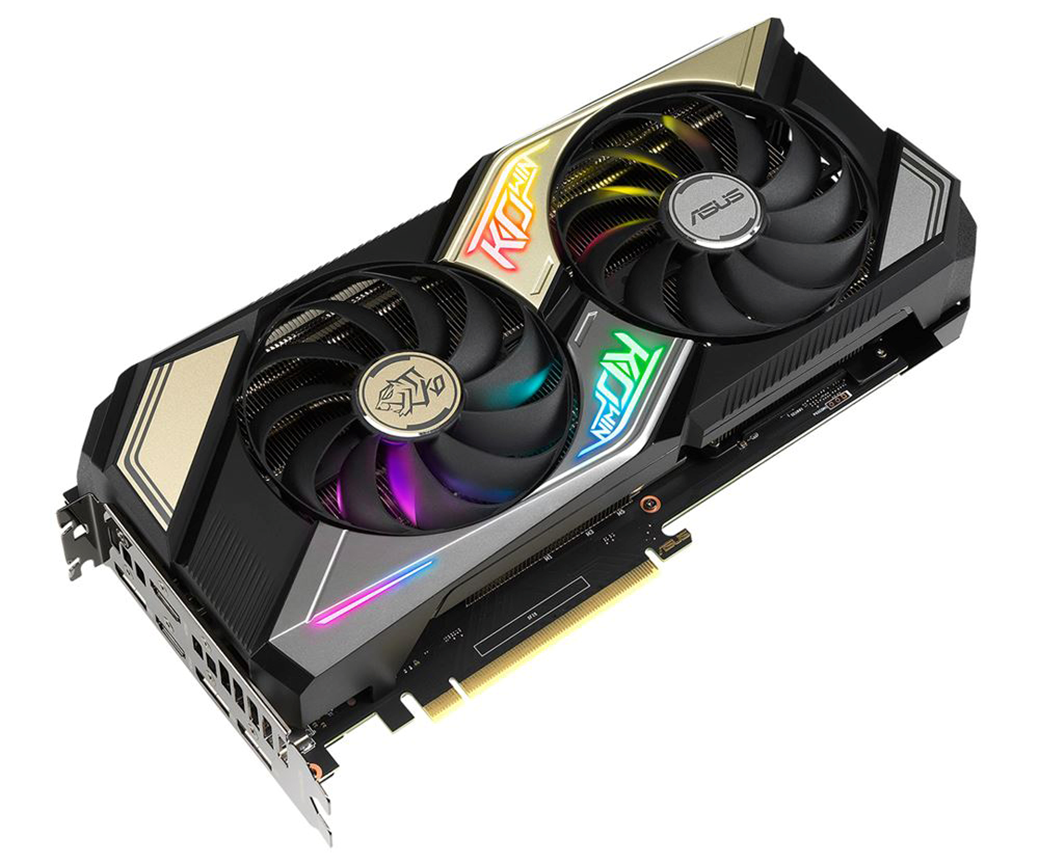 On the other hand, if all you’re doing is a streaming PC build (perhaps for teaching classes, showcasing your art, or other non-gaming activities), then you don’t necessarily need such a muscular graphics card, though they can help. If you think you’ll be doing anything remotely graphically demanding, though, even playing more casual games like Fortnite or doing video editing on-stream, then you want a discrete GPU.

You’ll be in safe waters here with just about any of the Nvidia GeForce GTX 16-series GPUs. These include the GTX 1650, GTX 1650 Super, GTX 1650 Ti, GTX 1660, GTX 1660 Super, and GTX 1660 Ti. These GPUs are reasonably affordable and won’t be overkill for basic streaming needs. Whatever graphics card you decide on, though, we recommend sticking with the larger dual-fan or triple-fan versions, as they deliver better thermal performance.

For the PC build’s basic structure – the case and motherboard – you’ve got a lot of flexibility. We suggest sticking with the standby ATX mid-tower cases, as they’re reasonably sized and offer plenty of space for working with components and managing cables. Full tower cases are okay, too, if you don’t mind their bulk, and they’ll accommodate the larger eATX motherboards. If your desktop is going to be seen on-stream, then an attractive design with a tempered glass side panel lets you show off your computer’s guts to your audience. The NZXT H510 ATX mid-tower cases are favorites among many. 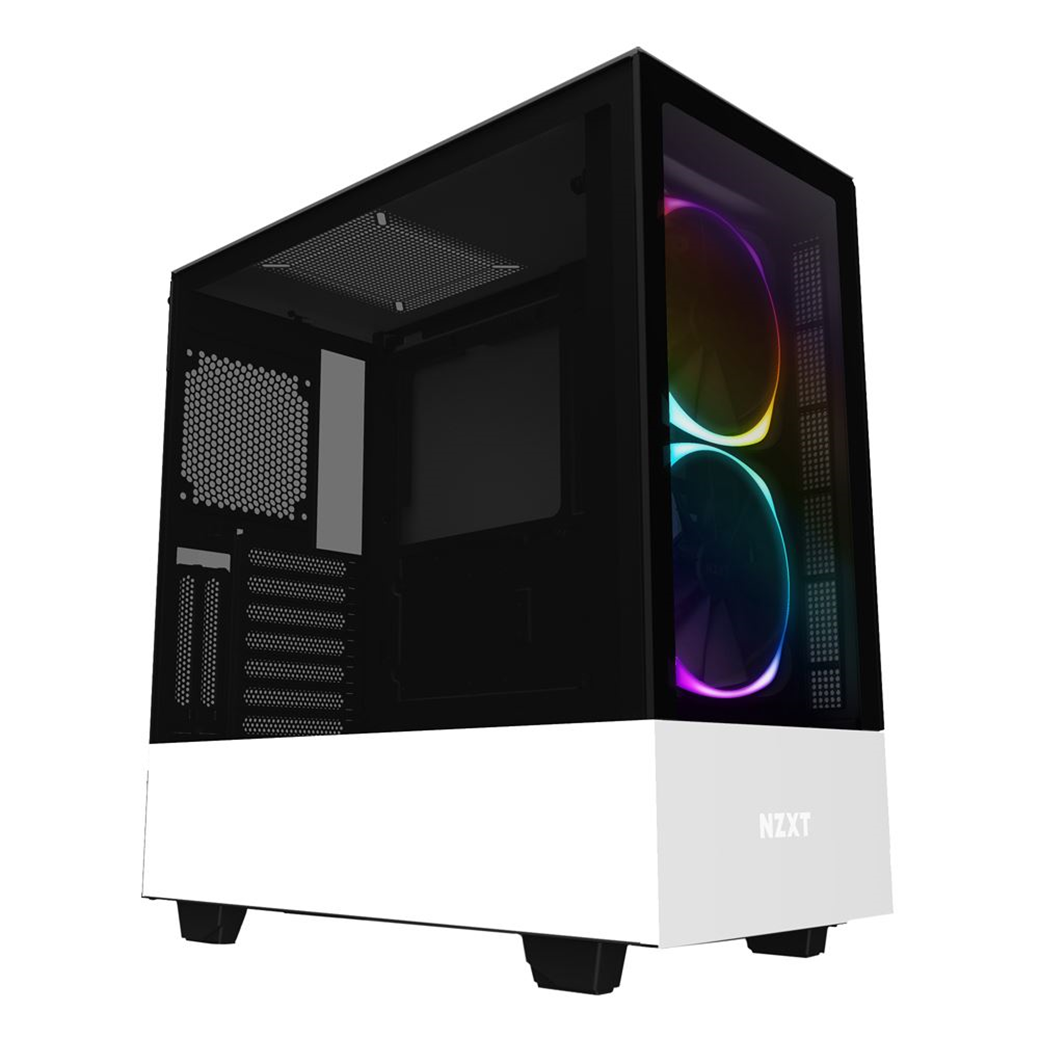 For the motherboard, you also have quite a few options, but make sure you get one that has at least four RAM slots, a minimum of four fan headers (more is better), and a CPU socket that’s compatible with your chosen processor. The AMD CPUs we mentioned above use AM4 sockets, while the Intel processors use LGA 1200 or 1700 sockets. Socket types are usually shown right in the product name; if it’s not, it will be listed under the “specs” tab on the product page. Also ensure your motherboard fits inside your case. Most ATX mid-tower cases can accommodate both ATX and microATX motherboards, but you’d be better suited with a full ATX for this streaming PC build. Some ATX mid-towers can even fit eATX boards as full towers can.

Now we move on to power and cooling. Our power supply for this streaming PC build should ideally have at least 750 watts of juice. We’re going with 80+ Gold certified for power efficiency, and we favor modular or semi-modular PSUs for a nice, clean build as well – no reason to skimp here.

A straightforward gaming desktop build can work well and run cool with the stock CPU cooler and the standard four to six 120mm-140mm case fans, but for a streaming PC, we want to pay extra attention to thermal performance since the CPU is doing more work than usual. This is a case where it’s worth upgrading to a non-stock CPU cooler or, even better, an all-in-one water cooling kit. Not unlike motherboards, coolers are specific to CPU types, as they mount directly on top of the processor to pull heat away from it. Check the specs to make sure you’re getting one that fits.

Memory and storage are pretty straightforward for this build. For RAM, 32GB of 3,200MHz DDR4 with a CAS latency of 16 or less is the way to go. You could get away with 16GB, especially if you’re not gaming, but with the aforementioned CPUs and GPUs, 32GB helps your streaming PC build multi-task a bit more smoothly (and let’s be honest: you can really never go wrong with more RAM). To take advantage of multiple memory channels, our build makes use of either two 16GB sticks or four 8GB sticks of RAM. For storage, a 512GB SSD should suffice for non-gaming streamer PC build. If you’re gaming, though, then consider a 1TB SSD so you have extra room for your game library. Also note that M.2 NVMe SSDs typically offer faster read/write speeds than 2.5-inch SATA SSDs.

As we mentioned earlier, you may want to consider adding a dedicated video capture card and sound card to your streamer PC build. These are nice to have but entirely optional – good motherboards have these built-in and they’re quite good nowadays. Only add these if you’re looking for the highest-grade streaming setup you can build and it’s worth the cost to squeeze out that extra bit of sound and video quality. The Elgato Game Capture HD60 S+ is a solid external 1080p video capture solution, while the Creative Labs Sound BlasterX AE-5 Plus is a popular sound card. Don’t downgrade to a cheaper CPU or GPU just so you can fit a video capture and/or sound card within your budget, though; they’re not essential components for a streaming PC build and you can always add them later if you decide your setup requires them.

Finally, in order to include video footage of yourself as well as your voice in your stream, you’ll need a webcam and microphone. For your webcam, stick with one that’s capable of 1080p output or more – even if you only plan to have yourself minimized to the corner of the screen, you don’t want anything less than Full HD today and you’re not really saving much by cutting corners here. We also suggest getting a dedicated microphone. While you can always use the microphone in your gaming headset if you have one, a proper streaming mic will still deliver superior voice sound quality and level up the production quality of your stream considerably.

Ready to put together your own streamer PC?

We've compiled all our parts recommendations into out PC builder to make starting your streaming journey a breeze:

Feel free to modify these builds to fit your needs! Expand the memory, reduce the storage, swap out the CPU, whatever you need to do to make it yours. And be sure to check out Streaming Studio Setup Builder where you can put together the best streaming peripherals for whatever you may be streaming!

And if you need help putting your PC together, Micro Center offers a wide range of Custom PC Build Services!