When it comes to building your PC, it’s reasonable to only want the best—and when it comes to optimizing your rig, the GPU is a huge consideration, if not the most important one. Whether you’re building your first PC or your 20th, it’s important to know about the latest and greatest, which is why this guide will go over what makes AMD a fantastic choice for your new GPU.

To keep it brief, AMD is short for Advanced Micro Devices, founded in 1969 in Santa Clara, California. They were an early adopter of the United States Military Standard in the microchip industry when microchips weren’t reliable for any customer.

While the whole history is too long to go over here, early successes and smart moves through the early 2000s allowed AMD continued growth throughout the past 50 years. They’re still going strong and still growing today, staying competitive with other GPU manufacturers. 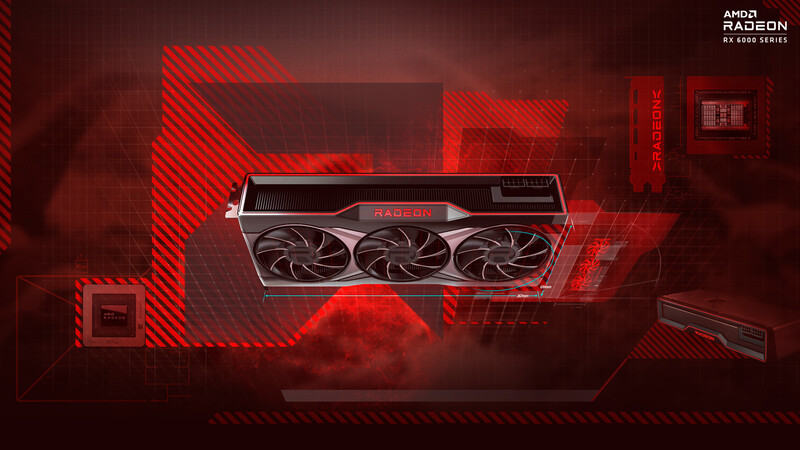 When it comes to researching how to build a PC, there are a lot of terms that get thrown out, and it all can become overwhelming very quickly. Two terms you might see used, sometimes interchangeably, are GPU and graphics card. A graphics card, overall, is what creates the visuals you see on your monitor. The GPU is the component of the graphics card that does that actual processing. Think of the graphics card as the body, and the GPU as the brain.

The GPU, or graphics processing unit, completes advanced math calculations extremely quickly to create and render images and video. The GPU is an important component that frees up the CPU to handle other tasks.

As briefly mentioned earlier, AMD is one of the early players of the tech boom, and therefore has a long resume of successful line rollouts in the industry. AMD is incredibly adaptive to rising to the needs of consumers, and their core products are, in their own words, engineered for gamers. AMD understands that gamers are looking to push hardware limits to create more immersive gaming experiences.

Some features that AMD boasts are:

●    AMD RDNA™ 2: A build on their previous RDNA, the RDNA 2 is the backbone of the GPU processing power. The improved architecture allows for enhanced computation and offers higher performance per watt.

Ray tracing is the hot topic of gaming, as players look for more immersive graphics in the medium. While it’s only recently popped up in gaming in the past few years, ray tracing has been a huge part of TV and film for over a decade.

The simple explanation to the question “what is ray tracing” is it’s the process of rendering how light reacts in space realistically to create shadows, highlights, and reflections. The idea is that a computer program handles this, rather than manually animating light interacting in an area, making things look more realistic with less human input. However, with a less human component, ray tracing pushes the burden onto processing power.

While the technology has been in the film industry, real-time ray tracing has only just made its way to gaming with the introduction of the newer generations of consoles and upgrades to PC gaming. A lot of games that offer ray tracing, for example, Cyberpunk 2077, also offer the option to turn it off as it’s so demanding on computing processes.

When it comes to the trade-off, ray tracing provides stunning, realistic graphics that flesh out a game's atmosphere and world-building. However, this might mean some of your games run slow as modern hardware takes the time to rise to the challenge.

AMD included hardware-accelerated ray tracing in their RDNA™ 2 as opposed to a software-based route. This, along with their FSR, optimizes aspects of the game such as ambient light, visual noise, and adaptive contrast. 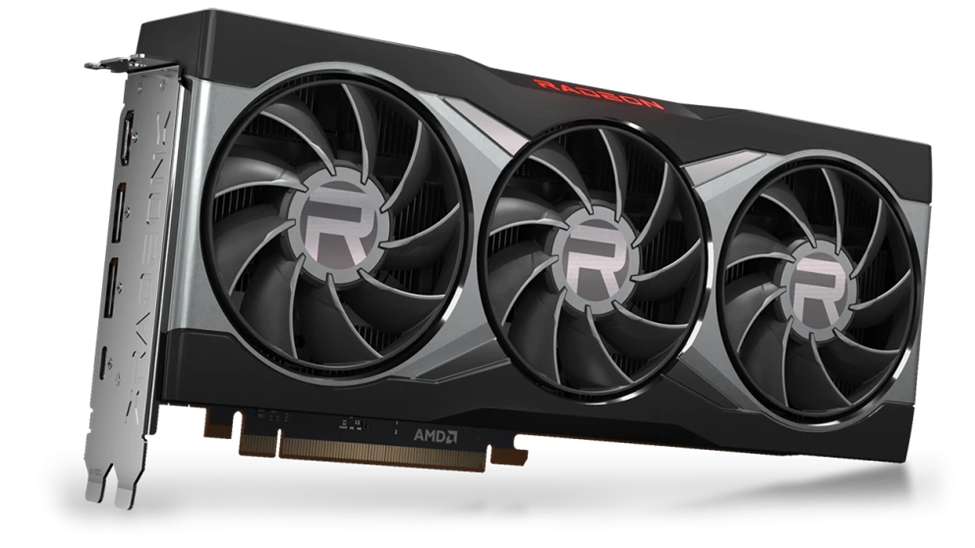 When looking into your GPU, there are a few external factors to keep in mind. If you have the rest of your rig picked out, this could influence the GPU you pick up. If you’re starting with the GPU, this can affect the rest of your build. So, take some time to ask yourself these questions:

●    What games am I playing? Newer, high-action games from AAA studios will have more of a demand on your GPU. Even if you’re not racing to buy Horizon Forbidden West and Elden Ring, mainstays such as Grand Theft Auto 5 and the Battlefield games are also considered GPU-intensive.

●    What is my display resolution? Depending on the resolution you’re playing your games at, your GPU would have to work harder to produce quality images in 4K UHD than at 1080p.

●    What is my monitor's refresh rate? The refresh rate is the number of times your monitor updates the image per second. For example, a 144Hz monitor is refreshing the image 144 times per second and, therefore, would need a GPU that could keep up.

Overall, your GPU should work with, not against, the other components of the PC. It’s also wise to check compatibility with the power supply, motherboard, RAM, and check that it allows sufficient airflow in your case setup.

Now that you have an idea of what AMD brings you and things to ask yourself before taking the plunge let’s actually look at the products. The Radeon™ 6000 series, lovingly referred to as Big Navi, is the one with all the bells and whistles, made with gamers in mind.

Here, we’ll look at the stars of the 6000 series, their stats, and why you should be interested.

The RX 6500 XT release is the entry-level introduction to the AMD RDNA™ 2 at an affordable price point. It supports ray tracing, and is rather power conscious.

Where the RX 6500 XT really shines is when outputting graphics in 1080p, which makes it a great choice for gamers who enjoy more casual games, such as visual novels and low-key RPGs, as well as 1080p esports gamers. However, if you’re well-seasoned in building computers, this is a great option to play around with or a stand-in while waiting for an upgrade to arrive. 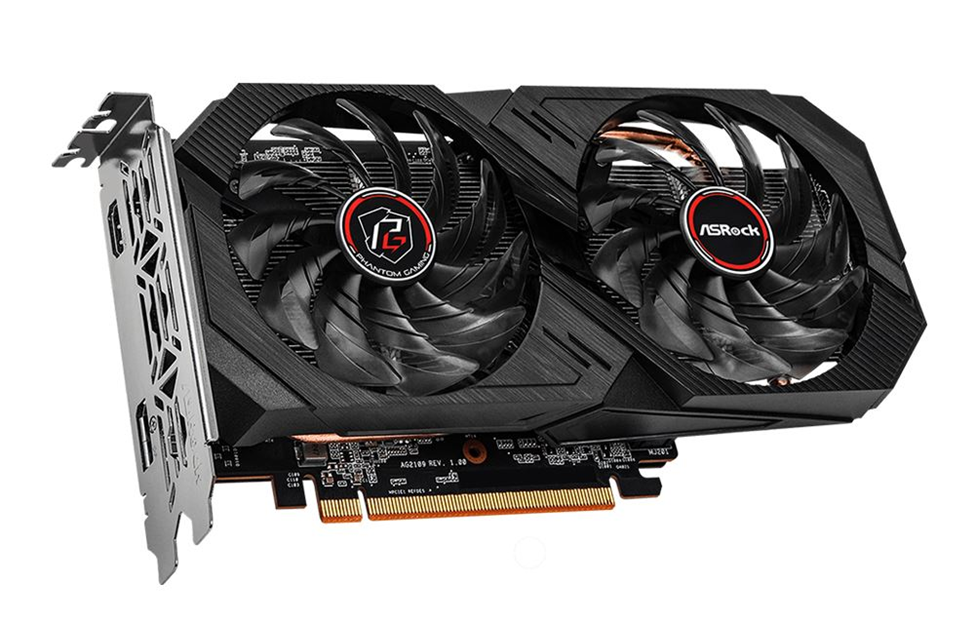 Why: ASRocks custom Striped Axial Fan provides optimized airflow from a polished underside and stripe grooves on individual fan blades. This overclocked graphics card gradually boosts your performance, supports two monitors, and only asks for a modest 400 Watts of the power supply.

AMD released the RX 6600 to great applause and proceeded to outdo themselves by releasing the 6600 XT a few months later. While the two cards are similar, the 6600 XT simply builds on the best parts of the 6600, with a 10% to 15% upgrade in performance. Like the rest of the 6000 series, it supports the RDNA™ 2 architecture, ray tracing, and is overall a reliable piece of equipment. This is a good choice for anyone new to the AMD brand who wants to see what they’re about but isn’t ready to go all-in on a top-of-the-line component. 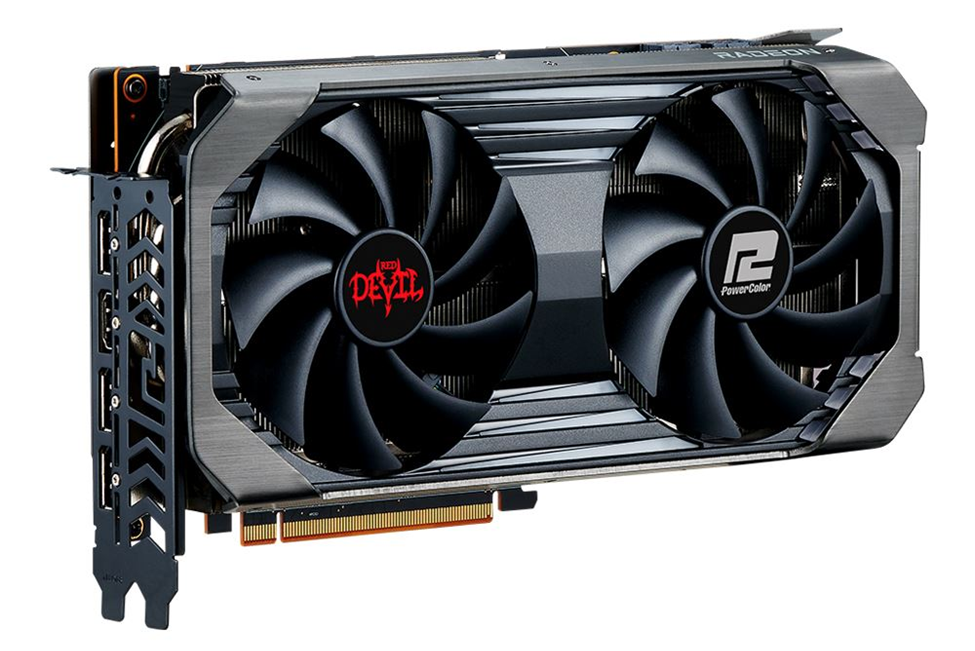 Why: If you’re a person who takes pride in the looks of your setup, PowerColor offers RGB-supported lighting along with its trademark sleek design. The Red Devil offers 3D and VR support for gamers who enjoy an even more immersive experience.

The RX 6700 XT takes things a step further, supporting up to a 1440p resolution. It boasts 12GB of memory supported by the Infinity Cache and is considered a relatively quiet piece of equipment for its output. Because of its standard dimensions, it’s compatible with most systems. In addition, the RX 6700 XT’s performance is bolstered when paired with AMD’s Ryzen processor. However, the true appeal of the 6700 XT, however, was that it was created with esports in mind, both for playing and watching. 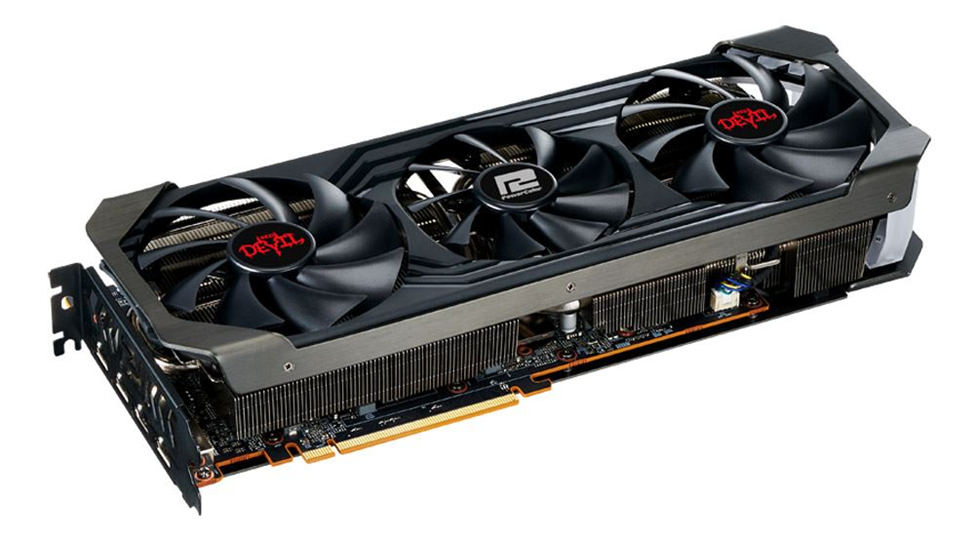 Why: Another great option from PowerColor, the Red Devil Triple Fan, is optimized for gaming. While this one does not include RGB lighting, it allows for multi-GPU support with the AMD CrossFire functionality.

Does A Little Bit of Everything: AMD Radeon™ RX 6800

The RX 6800 was the precursor to the RX 6800 XT, and while the 6800 XT is impressive, it’s widely agreed that the RX 6800 holds its own. The 6800 handles 1440p spectacularly while still supporting ray tracing with ease. Another perk is that it’s a pretty standard size, so you’re not fighting for real estate in your case, and it has less of an energy demand while still being powerful.

Why: MSI is already a brand that gamers know and trust, so a pairing with AMD is a no-brainer. This triple fan graphics card is ultra-quiet, and allows for RGB light synchronization with other compatible peripherals. It also supports four monitors, multi-GPU inputs, as well as 3D and VR.

The top shelf, cream of the crop, head honcho offering from AMD is the RX 6900 XT. It is truly where the RDNA™ 2 shines and is the ultimate display of the work that the development team at AMD has put into the 6000 series. Its clock speed comes in at 2285MHz, has 5120 stream processors, and boasts 16GB of dedicated GDDR6 memory. It’s a powerful piece of tech that stands its own against competitors and is a must-have for any gamer who won’t settle for anything less than the best. 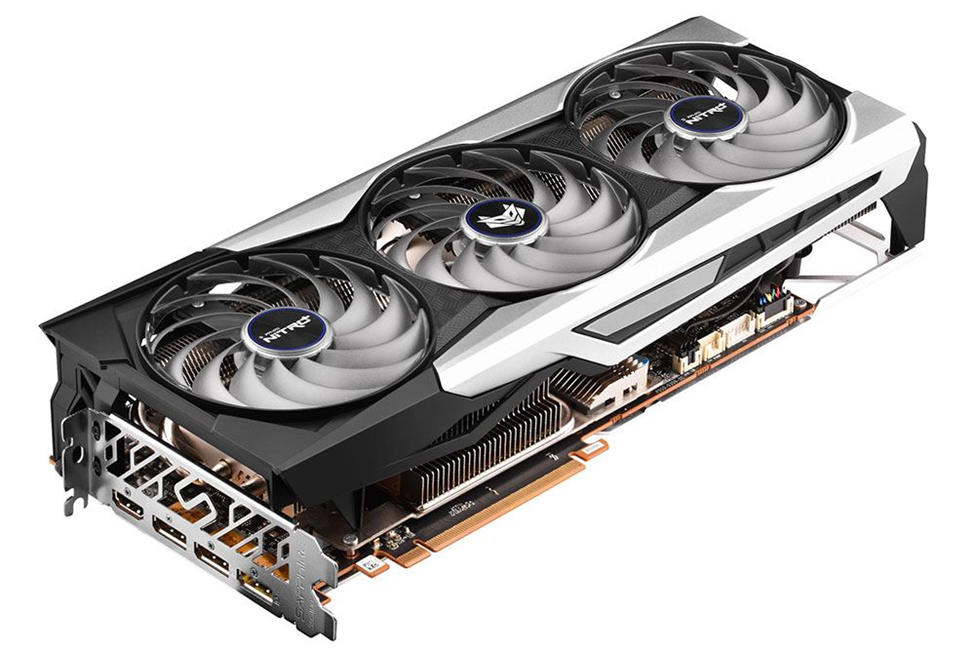 Why: Here, Sapphire Technology pairs its optimized fan design with the RX 6900 XT and pulls out all the stops to create a virtually silent system. Building off the previous models on this list, it’s ARGB illuminated, 3D and VR ready, and can handle up to four monitors. The 6900 XT takes on the task of displaying ray tracing and 4K in stride. Sapphire’s stylish design aims to keep this graphics card ice-cool via VRM Cooling with Heat-Pipes and a future-proofed K6.5 Memory Pad.

Choose The Best AMD Card For You

AMD is an excellent choice whether you’re just starting out or have been building for years. From 6500 XT to the 6900 XT, you’ll have ray tracing support, RDNA™ 2, and a variety of supported brands to choose from.

AMD offers many proprietary features such as the Infinity Cache, FSR, and its Performance Tuning software to round out its already dynamic product offering. With this variety of features and reliable options, AMD is bound to have the perfect card for you.