If you’re putting together a $2,000 PC, then you’re looking for something high-end, and that’s all the more reason to put some care into your component selection. A build like this, when properly done, should last you for quite a while before needing any upgrades. To help you out, we’ve laid out a high-end build guide with a budget ceiling of $2,000 and have even put together an example build using some of our recommended specs. 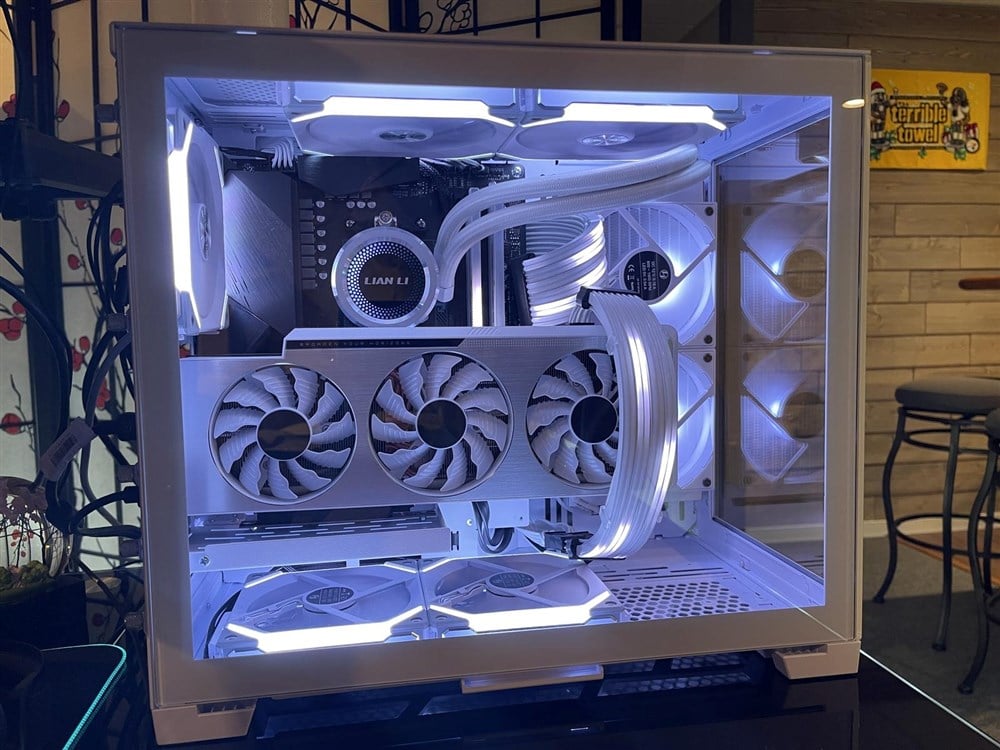 This $2,000 PC build is going to be a high-end machine, so it goes without saying that it will offer more than your basic specs. We’ll start with some general hardware guidelines and then get into specific part picks in the next section. The CPU, being the brain of the computer, is as good of a place to start as any. At this price point, settle for nothing less than a current-gen AMD Ryzen 7 or Intel Core i7 CPU. If you can fit it around your other parts, then a Ryzen 9 or Core i9 are even better. We’ll be adding an aftermarket rather than a stock cooler, as well.

Next up comes the memory. For this build, we’re going with 32GB of high-speed DDR4 RAM with a CAS latency of 16 or less. DDR4-3200 is fine for Intel CPUs (though you could also spring for DDR5 RAM with Intel’s 12th gen CPUs), but AMD CPUs scale well with faster memory, so you could go with DDR4-3600 if you’re taking the Ryzen route. We also want to take advantage of dual-channel speeds. Stick with two 16GB sticks or four 8GB sticks, which might require buying two 2x8GB kits for 32GB of RAM total.

All of this will be built on the motherboard and you don’t want to skimp here. The MOBO is the foundation of your build (quite literally considering that your hardware sits on it), and too many builders go with the bare minimum here. For this project, the higher budget ceiling lets you spend a bit more on a good motherboard rather than one that simply ticks the boxes. Higher-end MOBOs offer improved circuitry, better thermals, better long-term reliability due to more robust build quality, and more connections for PC components like RAM sticks and cooling fans.

And let’s not forget the PSU, which delivers power to all those parts. We like an 850-watt 80+ Gold certified power supply for this setup – again, no reason to skimp or cut corners with this budget. A modular PSU is a must as well. This allows you to remove any unnecessary cables for a cleaner build. For storage, we recommend going with a 1TB M.2 SSD at a minimum; 2TB is even better if it fits within the budget along with the other components you choose. You don’t need to cut corners here, and if you use your PC for gaming and/or for working with large files (such as videos), then you know how easy it is to run out of storage.

If you’re looking for a high-quality PC build - no matter your budget - then you probably intend to put a dedicated graphics card inside of it. On a $2000 machine, you definitely have the budget for it. And if you need a computer of this caliber then there’s a good chance you intend to use it for more resource-heavy tasks like gaming and rendering videos.

The GPU market is huge, so for our graphics card, we’re putting the floor at the Nvidia GeForce RTX 3080 or the AMD Radeon RX 6800 XT (the RX 6900 XT is another suitable option). These are among the higher-end offerings from Nvidia and AMD and are capable of easily handling the latest AAA games at high settings. They’re also suitable for gaming on a 1440p or even 4K monitor if you’ve got one or more of those in your setup. 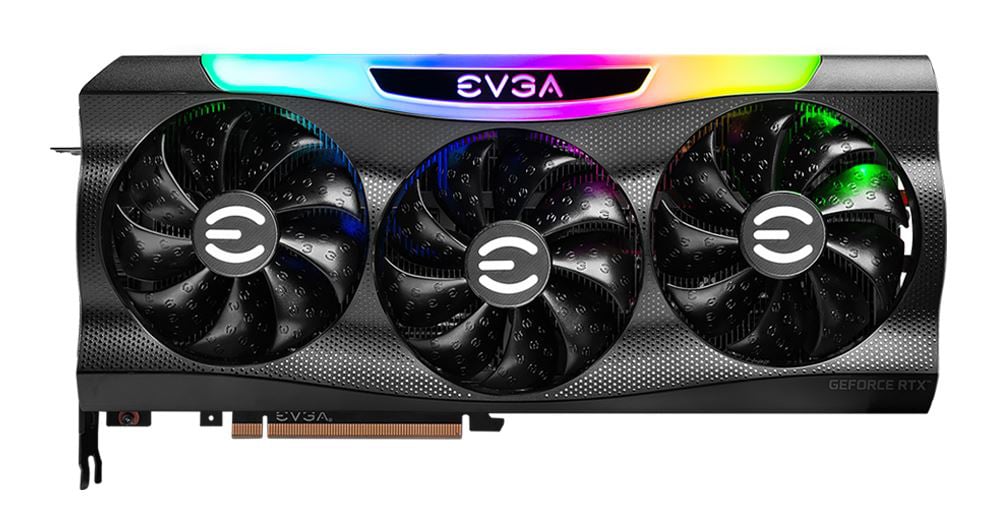 Finally, for the case, it’s really up to you. However, we’re sticking with an ATX mid-tower, as it’s a good sweet spot in size, parts compatibility, and working space, and because you have the widest array of options in this size category. Unless you’re doing a minimalist build, $2,000 worth of hardware will benefit from the extra breathing room and airflow that a mid-tower will provide. This also leaves enough room for your GPU (these can get pretty large) and a sufficient number of cooling fans, which we’ll want for this kind of hardware.

As we did above, we’ll start our $2000 PC build with the CPU. You probably already know that your choices here boil down to AMD or Intel and you also probably already have a flavor you prefer. If taking the Ryzen road, we’ll go with the Ryzen 7 5800X, an overclockable eight-core CPU. If your budget allows (depending on what other components you choose), you can upgrade to the 12-core Ryzen 9 5900X.

For the Intel crowd, we like the Core i7-12700K. This twelve-core CPU is one of Intel’s newer 12th-gen Alder Lake processors. The 12th-gen Core i9 models are a bit too much of a jump up in price, so we don’t suggest upgrading unless you’re cutting corners elsewhere, such as with the GPU. All of these processors can be overclocked (and we know many builders are going to do exactly that), so we’re adding an aftermarket cooler. Any CPU fan compatible with the AM4 and LGA1700 sockets will suffice for this build. If you’re not overclocking and running your system hard, the stock cooler should be good enough.

Our minimum requirements for the motherboard are an AM4 socket for our AMD CPUs or an LGA1700 socket for an Intel processor, at least four RAM slots, and compatibility with ATX mid-tower cases. The Gigabyte Aorus Elite WiFi X570 is a great AMD-compatible ATX motherboard with onboard Wi-Fi. The ASRock X570 Phantom Gaming 4 is another good AM4 socket MOBO, although it lacks built-in Wi-Fi. Your motherboard will likely need a BIOS update if using one of the AMD Ryzen 5000 series CPUs. 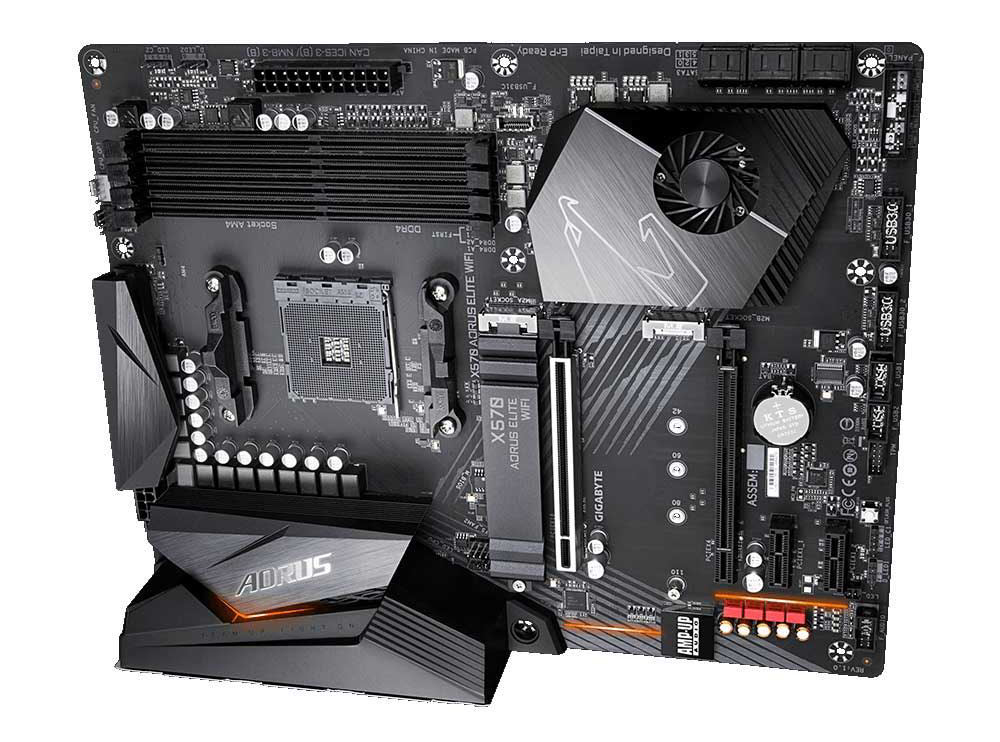 For Intel CPUs, we’re looking at motherboards with an LGA1700 socket. The MSI Z690-P Pro and Gigabyte Z690 UD AX MOBOs are both good candidates here, with the Gigabyte offering being our favorite of the two as it has onboard Wi-Fi. These, as well as the AM4 motherboards highlighted above, hit our aforementioned requirements and provide sufficient connections for case fans, SSDs, and so on, as well as support for high-speed RAM. As we mentioned earlier, going with Intel 12th Gen also enables support for DDR5 RAM, though that does come with a bit of an uptick in cost. If you’re looking for a DDR5 board that won’t cut too far into your GPU budget, try the ASUS Z690-P Prime.

And speaking of RAM, you’re good to go with pretty much any dual-channel 32GB memory kit (again, that could be either 2x16GB or 4x8GB) with a speed of 3,200MHz or more and a CAS latency of 16 or less. We particularly like the TeamGroup T-Force Vulcan Z 32GB kit for its value, and the Crucial Ballistix RGB 16GB kit – you’ll want to buy two of these – for its LED lighting and 3,600MHz speeds. If you did go the DDR5 route, Crucial 16GB DDR5-4800 and TeamGroup Elite 32GB DDR5-4800 will again run you a bit more, but will absolutely make up for it with sheer speed.

We already specified our video card picks, which came to the Nvidia GeForce RTX 3080 and the AMD Radeon 6900 XT. These GPUs are comparable in overall performance for gaming. This component alone accounts for nearly half of our budget, so if you need to shave a bit off your final cost, then the AMD Radeon 6800 XT also fits this build. As far as storage for all your games or work files, that’s up to you. We like M.2 PCIe Gen 4 SSDs as they are faster than SATA SSDs, and our $2,000 budget ceiling easily allows us to use this updated storage interface. 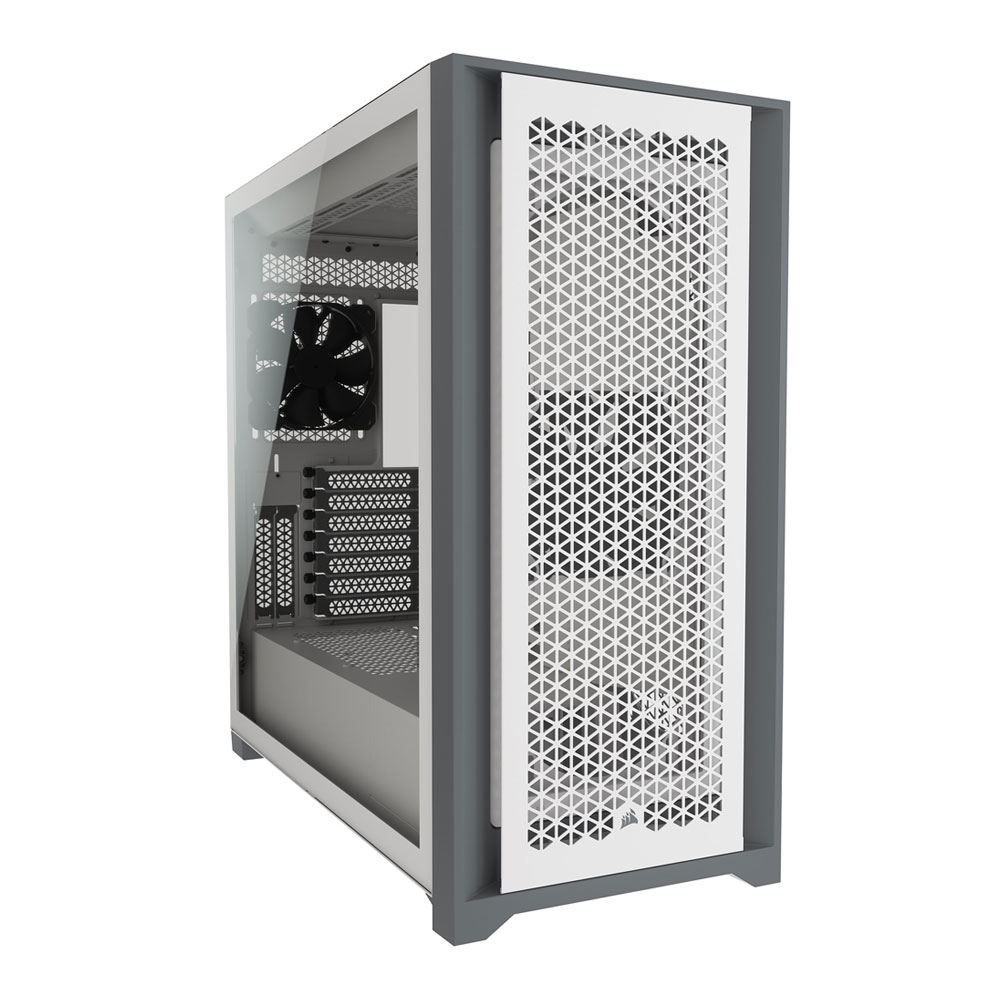 Finally, we come to housing, power, and cooling. We’ll be packing all of this hardware inside a good ATX mid-tower like the Corsair 5000D Airflow (available in black or white), but as with many other components, you have plenty of options to suit your fancy. Just make sure your chosen video card fits; 13 inches of clearance is typically enough for the GPUs we picked. Sitting in the basement of this case and powering everything will be an 850-watt 80+ Gold certified PSU such as the NZXT C850 or the Thermaltake Toughpower Grand RGB. Both of these power supplies are fully modular for a clean finished build.

Cooling is another area where you have a lot of options and it’s going to depend on what you want your final setup to be; we have no specific recommendations here. You have a myriad of 120mm or 140mm cooling fans to choose from (and as always, make sure they fit your particular case). For a $2,000 PC build like this, more experienced techies may even want to install a water cooling kit instead of a standard CPU cooling fan.